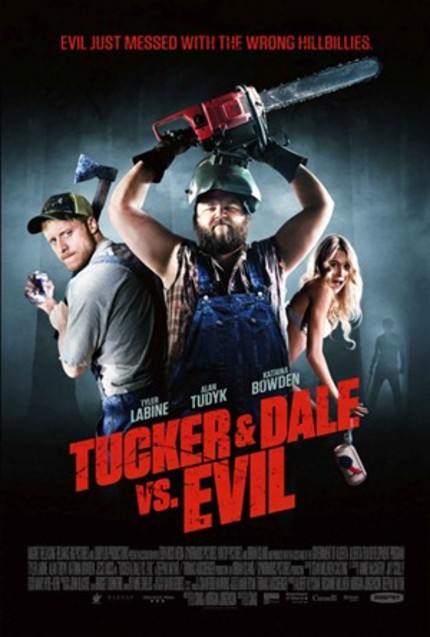 It's taken a while for the film to reach the audiences that have been clamoring for it since its raucous Sundance debut but Eli Craig's Tucker And Dale Versus Evil is available right now on US VOD with a limited theatrical run starting September 30th.

The film is a blood soaked and very funny inversion of the hillbilly stereotype anchored by fabulous performances from both Alan Tudyk and Tyler Labine and Magnet Releasing have thrown a couple new clips out there to demonstrate that fact. Check them both out - along with the red-band trailer - below.