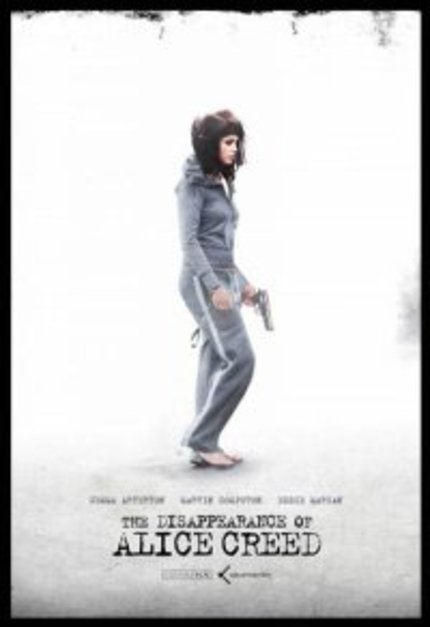 How fond am I of J Blakeson's tightly wound thriller The Disappearance of Alice Creed?  Fond enough that when the film screened at the Toronto International Film Festival I commented that Blakeson may very well be the next Danny Boyle.  Which is to say rather a lot.

In other years, when distributors were throwing money at substandard films like drunken sailors Alice would have been the type of film to spark an absolute feeding frenzy but things are quieter these days and very little has been heard about the picture since.  Until now.

I've just gotten word that The Disappearance of Alice Creed has been picked up by Anchor Bay - who appear to be positioning themselves to step into the indie distribution void left by so many poorly managed companies exiting the sector over the last couple years - and that they are planning a platformed theatrical release for the picture, which means it'll start on limited screens and then push progressively wider if and as it performs.

This is a good one, people, so keep an eye out for it.  And, in the mean time, check out a trio of clips from the film below.
Tweet Post Submit