Now Streaming: STRANGE WORLD Bombing Was Not Its Fault 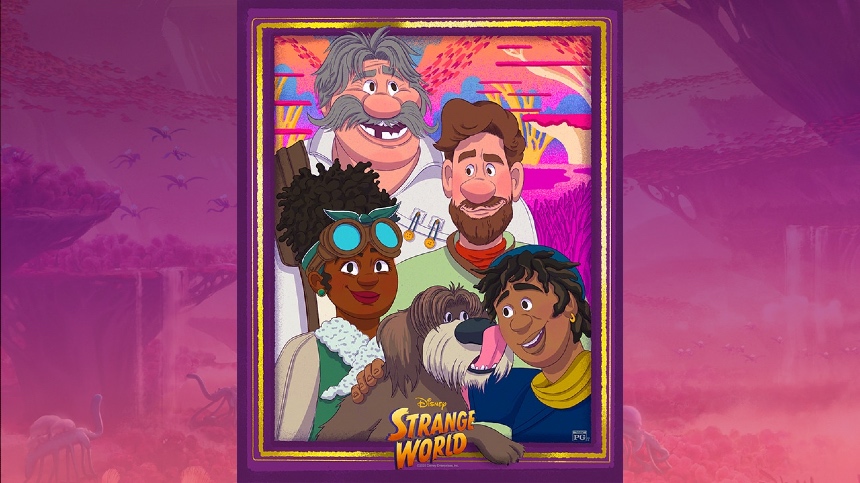 By now, critics and audiences have seen and learned about the newest animated Disney film Strange World and how it became one of the biggest bombs in the studio's history.

Mel Valentin already reviewed the film and called it wildly imaginative and inventive. He is certainly correct; he just didn't foresee that the film would be Disney's biggest box-office bomb in a while.

It's my job to explain why the film's lack of success at the box-office wasn't its fault.

Streaming has dominated the atmosphere in the last couple years, and by the last couple of years, I mean the 2020s. Hulu, Disney+, Netflix and HBOMax have incentivised people to stay in their homes and, literally, chill without the hassle of driving to a theater and buying a movie ticket.

It's easier to wait for the film to come out on its respective streaming platform, as many films that were slated to be released in theaters have opted to go the streaming route. You can't really blame people for doing this, but when there isn't that much of an incentive to see a film, especially when it is not as anticipated as other movies, the rush to see it at the box-office will slip away and that includes Strange World, since people saw it as a random film that Disney decided to roll the dice on.

It still looks great but it didn't command the same attention as Avatar: The Way of Water or Top Gun: Maverick.

The Audience Did Not Accept Its Diversity

For those that haven't seen the movie, It centers around a diverse family with a caucasian dad, African-American mom, gay son and three-legged dog. Admittedly, it does sound like Disney was trying to check off all of the boxes in the diversity pool and kudos to them.

However, it seems that people did not take too kindly to its diverse cast and crew, and were keen on avoiding the film when it hit theaters.People will have their opinions but willfully avoiding something because the filmmakers decided to do something different seems incredibly disingenuous to the cast and crew.

Much like with the streaming issue, there were still people skeptical of going to the films for a film that they were not too amped up about because of COVID-19. Whether we like it or not, people are still leery of the disease and they aren't willing to put their money on something that doesn't arouse their curiosity, beyond being a Disney film.

However, the film took chances and tried to bring a new Disney story to life. There is no way that I can fault it for that because people have gone to the theaters in droves for something completely different and unheard of, even during a pandemic.

Regardless, I tip my hat to the filmmakers for doing their best under these circumstances.

The film is now streaming on Disney Plus.