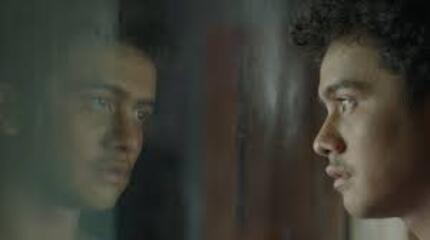 Former Indonesian film critic Makbul Mubarak's feature-length debut, Autobiography, is making the rounds on the festival circuit. Having premiered in Venice, the film has been screened at festivals on both hemispheres.

Mubarak combines a coming-of-age story with a political thriller, as the protagonist Rakib learns life's cold hard truths. It's a chilling and captivating exploration of Indonesia's recent history through the story of a young man seeking purpose and approval.

A chamber drama, yet a haunting oeuvre, Autobiography explores the effects of Indonesia's military dictatorship on its youth. The film is mostly a two-hander, in which young Rakib (Kevin Ardilova) becomes a housekeeper in a mansion belonging to retired general Purna (Arswendy Bening Swara). Rakib's family has served Purna's household for centuries.

Purna returns to the mansion as he prepares for a run for mayor in his post-military career. As Rakib is left to his own devices with his father in prison and his brother abroad, he finds a father figure in Purna. Purna, on the other hand, lacks a male descendant, so he quickly bonds with Rakib. Rakib becomes a son he never had.

Soon, the young protagonist becomes more involved in his employer's ventures, not only taking care of his residence, but also his chances for mayor as well. After someone vandalizes Purna's campaign poster, Rakib will do anything to track the culprit down and drag him to Purna, showing a blind loyalty to his employer. 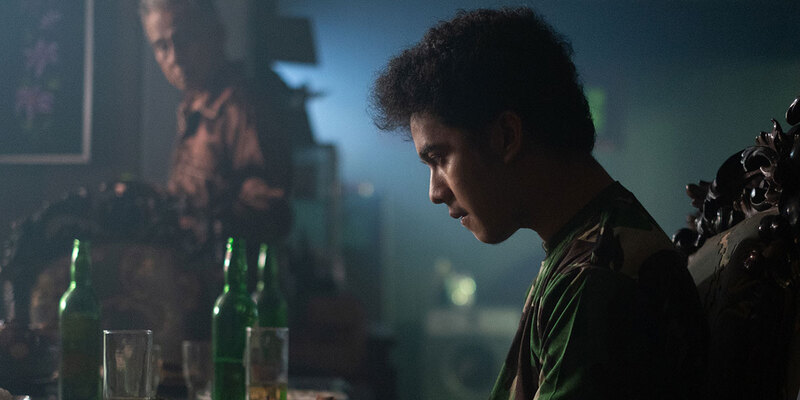 Rakib fails to understand the signals from the local society by the time of the poster incident. In his youthful gullibility, Rakib thinks the authority and respect that Purna enjoys around town stem from his wisdom. In fact, the actual source is Purna's active engagement with the dictatorship that was not lost on the collective consciousness of locals.

Soon Rakib witnesses the hidden face of Purna. The sudden and drastic turn of events puts him in front of a dilemma between loyalty and justice.

The film, despite its title, does not bear any autobiographical traits of the filmmaker. The title refers to the country's unresolved collective trauma left by Suharto's dictatorship.

The seemingly simple plot is about the clash of two generations, decades apart. And miles apart when it comes to civic society. The approach makes Autobiography a nuanced drama laced with genre aspects, with a historical and political background. Mubarak's debut is more of a social thriller than an outwardly political film.

In the script, the director avoids a heavy-handed approach to the country's history and past influences shaping the present. As a broader story, the film depicts generational discord, violent coming-of-age, and a bloody rite of passage.

Mubarak's film joins the current wave of arthouse genre fare, a socially engaged genre cinema that tends to spring from countries with totalitarian histories and buried collective traumas. And while Autobiography addresses dealing with past demons, the film is also a generational depiction of masculinity and patriarchy.