Now Streaming: Uneven INTERVIEW WITH THE VAMPIRE, Tense LET THE RIGHT ONE IN 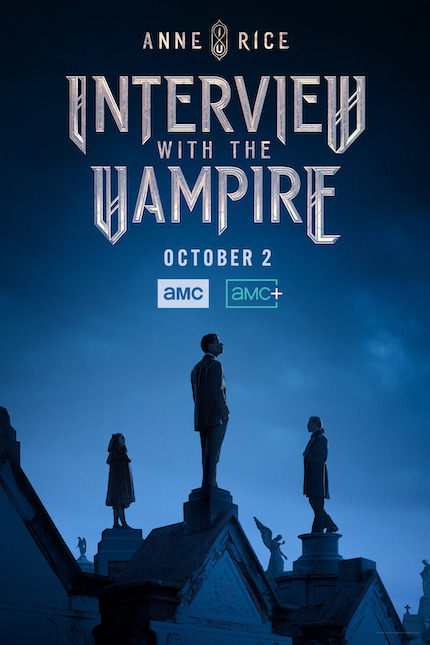 Frankly, I don't watch much horror nowadays -- my own personal body horrors over the past couple years have scared me away from dipping too deeply into manufactured nightmare "entertainment" -- yet I find myself watching two recent streaming shows, albeit with eyes often covered, since I flinch at scenes of abject bloodiness.

To be frank, I've never seen Neil Jordan's Interview with the Vampire (1994), primarily because even the thought of Tom Cruise as a vampire struck me as an entirely silly proposition. Now, though, I may seek it out, simply for comparison with Sam Reid's often hilarious over-the-top performance as Lestat in the version currently streaming on AMC+.

The character is not even remotely frightening; the Australia-born actor plays the legendary French vampire with his French "accent" amplified to accentuate its campiness. In contrast, I'm entirely on board with Jacob Anderson as the tortured Louis de Pointe de Luc, who did not choose the life he ends up living. And I'm also enjoying the theatrical skepticism by Eric Bogosian as journalist Daniel Molloy, who consistently provides a withering judgmental tone to Louis' recounting of his exploits.

The series as a whole looks lusciously over-produced, in the vein of Guillermo del Toro's Cabinet of Curiosities (Netflix), which Mel Valentin very much enjoyed. Perhaps we're not meant to take any of it seriously; creator and showrunner Rolin Jones, in his arch post-episode videos, clearly sees the contradictions and explains how the show has both embraced and powered through them. Setting the story in early 20th century New Orleans is also a stroke of genius and opens the show up to more diverse possibilities, with a matching diverse cast that is entirely fitting. 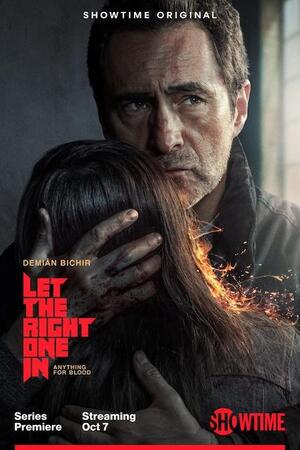 On the other hand, I remember seeing Tomas Alfredson's masterful Låt den rätte komma in (2008), yet being very much surprised when Matt Reeves' Let Me In In (2010) translated the material in similar fashion, keeping the coolness and the heat that burns within its story of vampires in the modern day. On the basis of those memories, I was curious to see what creator Andrew Hinderaker would bring to a new series version, streaming on Paramount Plus.

Hinderaker spent time as a staff writer for the above-average, if uneven Penny Dreadful (2016) series, which says a bit about the tone to expect here. The biggest asset here is Demián Bichir as the show's tortured leading character, Mark Kane (?!), the father of Eleanor (Madison Taylor Baez). Bichir employs all his dramatic talents to create an empathetic portrait of someone who carries an abundance of guilt, though he also allows room to see why, as a father, he would do what he is doing.

The pivot of the series is that Mark and Eleanor have moved to New York City because Mark has heard that a cure may exist for Eleanor. Unfortunately, they happen to move in next door to NYC homicide detective Naomi Cole (Anika Noni Rose) and her son Isaiah (Ian Foreman), so we can easily suspect how that will go. Meanwhile, brilliant medical researcher Clare Logan (Grace Gummer) is working on that cure, primarily to heal her afflicted brother Peter (Jacob Buster), perhaps with the assistance of her father's chief henchman, the frequently menacing Matthew Dean (Nick Stahl).

Underlying all these moving parts, creator Hinderaker and the writers/directors structure the show so that consistently brims with tension and terror. It gets extremely bloody -- at least what I could see as I cover my eyes with my fingers -- and body parts are separated from their owners.

Lastly, I feel that The Simpsons, available to stream via Hulu, also deserves mention for its latest "Treehouse of Horror" episode, which parodied The Babadook, Death Note and Westworld (the HBO series). I thought the first two were clever, fun, and affectionate, while the third segment took the parody to extremely bloody lows, similar to the HBO series.

Now Streaming looks at movies and televisions shows that are legally available on various streaming services.