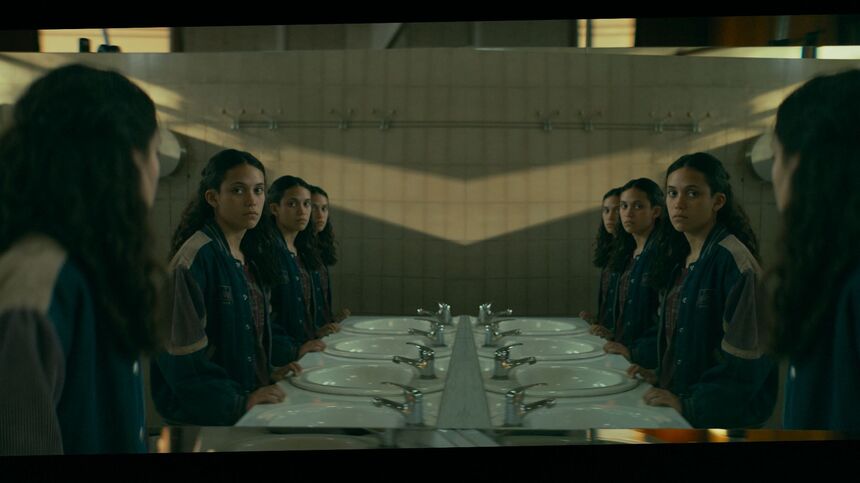 Pedophile inklings have been a topic attached to the upper echelon of power and business since time immemorial.

The topic resurfaced in the mainstream press and was not solely driven by the sensationalism and secrecy of the infamous Epstein case. Chilean director Fernando Guzzoni adapts the topic as a centerfold for his third feature, Blanquita, based on an infamous "Spiniak case" in his home country several years ago.

Guzzoni, who also penned the script, opens with a bleak tone. A young boy, Carlos, throws a tantrum in a foster home for abused children. While years of sexual abuse took an irreversible toll on his developing psyche, Carlos won´t be able to testify against the perpetrators to achieve a sliver of justice. He is traumatized beyond the point to be considered a reliable witness, a group of court-ordered psychologists assess.

Blanca, the film's titular character, becomes the second in line to testify in court if she passes the same psychological assessment that prevented Carlos from standing at the trial. She reveals she has been picked as a minor to serve sex- and drug-fueled parties of the Chilean political and business elite.

Blanca's testimony uncovers a well-oiled machine of a pedophile ring and disgusting sex trafficking. She is supported by Father Manuel, a no nonsense man who runs the childrens' home with abused kids thrown to the fringes.

It soon transpires that Blanca does not only have a cognitive capacity for the court, but she also has the chutzpah to become the crown witness in a high-profile case with the potential to rock the whole country. Father Manuel explains to Blanca that it is going to be a tough ride and at some moment, there will be a point of no return.

The young mother that has already shouldered a fair share of abuse remains resolved to serve justice. Guzzoni´s film toggles between chamber court drama and detective thriller, and a bleak socio-political thriller wedged in between them.

Guzzoni's third fiction feature belongs to the current wave of stories that functionally marry a drama and a statement to audience-driven genre fare inspired by true events. The Chilean director's plotting keeps the attention while embracing ambiguity. The supposedly clear-cut and linear story starts developing blind spots, which will grip the audience and deliver a head-scratching finale (to those who are not familiar with the Spiniak case), dealing with a different set of moral dilemmas.

In the beginning, Blanquita introduces the outcome of years of sexual abuse, kids that become "empty vessels," in the parlance of one of the characters. The titular character, who is not yet broken beyond mending, rises to the occasion to enact revenge and deliver a blow to the cabal of untouchables. Guzzoni soon trades the melodramatic entree for a lo-fi behind-the-doors political thriller as the expendable girl and irrelevant priest start to point fingers at powerful figures.

As soon as the allegations are leaked to the public, the heat starts burning. Prosecutors are changed, confrontations enacted and threats get physical. Guzzoni, who penned the script, changes the pace and inserts courtroom drama scenes of Blanca confronting the big-name abusers. Disturbing anatomical details are proclaimed out loud. 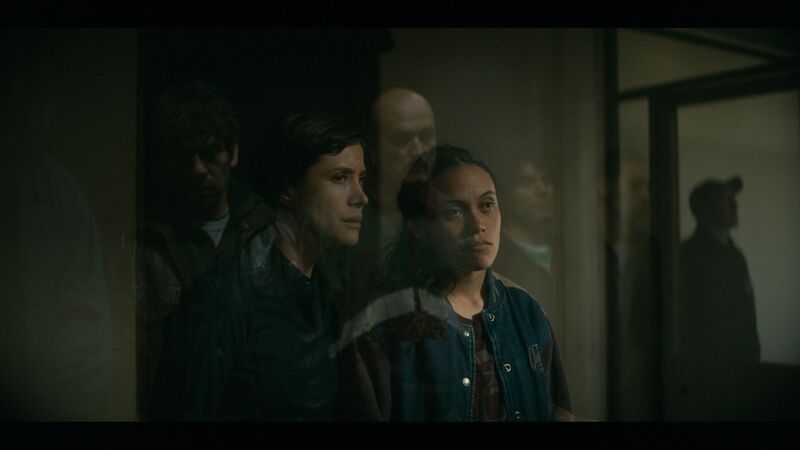 Guzzoni downplays the motif of a pedophile trafficking ring, eschewing any sensationalism and focusing largely on the protagonist in a psychological character study. Blanca starts ignoring Father Manuel's well-intentioned pieces of advice, making several PR blunders. However, as it soon transpires, sloppiness and a lack of experience in dealing with media are hardly to blame.

The protagonist starts acquiring a rage and persistence comparable to the Greek myth of Medea in taking down the wealthy, powerful, and perverted elite. Her revengeful cockiness starts distorting and undermining her motivation and she soon ends up in a grey zone of an unreliable narrator. Ultimately, the narrative morphs into a story about a lie that snowballed.

Do you feel this content is inappropriate or infringes upon your rights? Click here to report it, or see our DMCA policy.
Fernando GuzzoniOrrizonti 2022Venice 2022Laura LópezAlejandro GoicAmparo NogueraDrama