Mark Cousins directs a mesmerizing critical analysis of the 21st century in film. 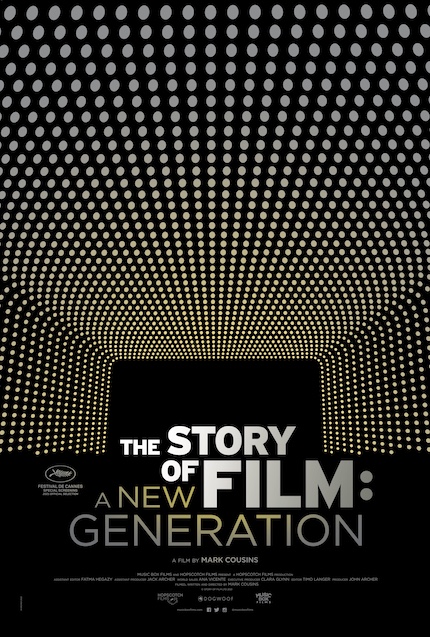 What do The Joker and Frozen have in common?

The Story of Film: A New Generation
The film opens September 9 via Music Box Films.

Analyzing the past 20 years in film with a critical eye may sound like a daunting task, but not for Mark Cousins.

After all, the filmmaker made The Story of Film some 10 years ago, a documentary series that covered the entire history of the art form, in an engaging and entertaining manner. His new documentary stretches nearly three hours and is neatly divided into two parts that are easy to watch and completely captivating, thanks to Cousins' critical eye.

Rather than focusing on one particular region or territory or type of film, Cousins considers all manner of films from all areas of the world, including many genre films that will be of particular interest to readers of this site. He gives greater priority to how outstanding films relate to one another, across borders and time zones and genres, than to how they relate to the individual filmmaker.

He introduces this approach with the first two films he comments upon -- The Joker and Frozen -- and shows what they have in common, and how they appeal to audiences worldwide. Though many, if not all, of the films are well-known to informed audiences -- hello, Screen Anarchy reader! -- the connections, stylistic or thematic or otherwise, are not always readily apparent. (Confession: I never before made the connection between a dark superhero drama and an animated musical.)

The first part of the documentary covers films that Cousins reckons have extended the language of cinema, while the second part considers films that have expanded the cinematic palette in new or unexpected ways. He covers the new technologies that have arisen in the 21st century and also how they have affected and influenced filmmakers the world over.

I always appreciate people who can help me to appreciate something I love on a deeper level. Cousins does that and makes all the connections easy to see from his perspective. Others may not agree with every one of his assessments, but it will make for a pleasant conversation afterwards.

Mark Cousins narrates with his lilting Irish brogue, which also helps to mark his work as personal and distinctive, as if his perceptive insights and artistic analysis were not enough. It's another fabulous cinematic experience.

The film opens theatrically in New York, Los Angeles and select additional cities on Friday, September 9, followed by a digital release on all major platforms on Tuesday, September 20. It will arrive Tuesday, October 18 on DVD. Visit the official site for more information.

Do you feel this content is inappropriate or infringes upon your rights? Click here to report it, or see our DMCA policy.
documentaryIrelandMark CousinsMusic Box Films

More about The Story of Film: A New Generation