Telluride 2021 Review: THE STORY OF LOOKING, How We Watch

Filmmaker Mark Cousins ('The Story of Film: An Odyssey') meditates on what it means to see things in his latest documentary essay. 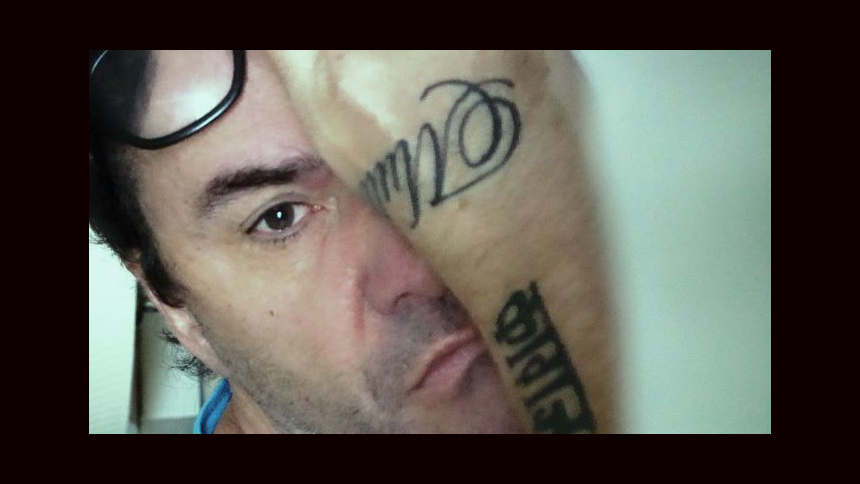 Peering deeply into the essence of what, and how, we watch.

The Story of Looking
The film makes its North American premiere at the Telluride Film Festival.

Faced with an impending operation that might affect his eyesight permanently, filmmaker Mark Cousins ruminates on what the loss might mean for him personally in the opening minutes of The Story of Looking.

Initially, Cousins' approach feels a bit too personal. Do I need to see him in bed first thing in the morning, self-indulgently rambling on about something or other, as though he were my lover?

No. Yet this introduction soon gives way to a broader view, as Cousins considers how the essence of looking is that we must give priority to what we choose to fix our gaze upon. In turn, that leads to the more relevant idea -- at least for film fans -- of how the artistic vision of filmmakers affects what, and how, they present their vision(s) to an audience, and how we, as an audience, perceive and react to what we are viewing.

In a small sense, the film reminded me of the outstanding documentary Visions of Light (1992), which opened my eyes to how cinematographers, and their artistic choices, affect the films they shoot in a profound manner, sometimes beyond even what the director may have intended. In The Story of Looking, Mark Cousins steps back from the artistry of cinematographers to an even more primal consideration: how vision itself affects the way we look at life.

After all, even the most gifted cinematographers are bending natural and artificial light to serve their own (or the director's) choices, but what if the cinematographer could not even see? (Note the amazing imagery in Days of Heaven (1977), captured by Nestor Almendros, reportedly as he was losing his eyesight.) Cousins presents many examples from classic films, shoring up the idea that film is, indeed, a visual medium, which distinguishes it among other dramatic arts.

Born in Belfast, Northern Ireland, Cousins has traveled the world in pursuit of his artistic visions. I believe The Story of Film: An Odyssey (2011) is the only complete work of his that I've seen, but what an ambitious, beautiful, sprawling piece of art that is, covering the entire history of film in a series of episodes that prompt a new look at familiar films, as well as those that have been less favored over the years.

The very nature of The Story of Looking leaves Mark Cousins open to the valid charge that, sometimes, it may be better to keep certain things private. That is a worldview that Cousins does not adhere to in any way, shape, or form. With his latest film, a meditative essay that surges with passion and energy that is not always easy to watch, he argues for looking even closer at the things we love.

The film enjoys its North American premiere at the Telluride Film Festival.

Do you feel this content is inappropriate or infringes upon your rights? Click here to report it, or see our DMCA policy.
documentaryIrelandMark CousinsTelluride 2021Telluride Film FestivalUK