Review: SIDNEY, A Portrait of the Artist as a Black Man

Directed by Reginald Hudlin, the documentary for Apple TV+ captures the development of a cinematic legend. 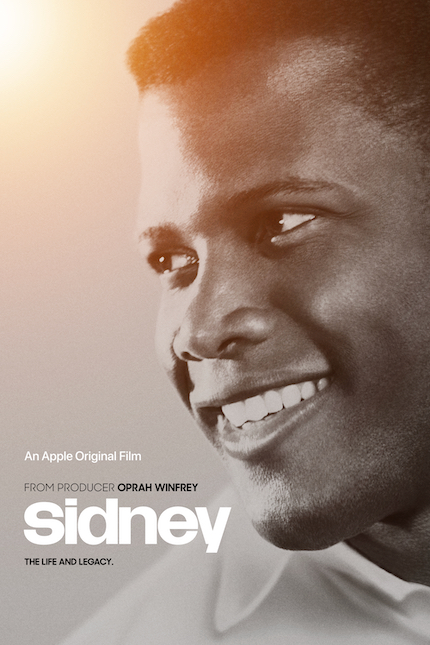 Where were you when you first saw Sidney Poitier light up a movie screen?

Even before I began attending movies in person during the 1970s, I was aware of Sidney Poitier as a movie star through his appearances in Lilies of the Field (1963), In the Heat of the Night (1967), and Guess Who's Coming to Dinner (1967), all of which I remember watching on our family's black-and-white television sets.

As someone of mixed Caucasian descent (Irish and Mexican), Poitier did not have much personal cultural impact upon me, which I only began to appreciate as I grew older, saw many more films, and learned about his role in American film history.

Written by Jesse James Miller and directed by Reginald Hudlin, Sidney is a straightforward documentary, in that it presents Poitier's life in chronological order, drawing upon archival footage to cover his childhood in The Bahamas, his teenage years in Florida, and his early adult years in New York City. Buttressed by a string of interviews with family members, friends, filmmakers, and historians, the doc moves through his life at a measured pace that is completely absorbing.

Sidney chooses to present an overview of Poitier's life and career in stages, showing the impact that each stage had upon him, while also drawing upon the many interviewees to illuminate how and why he inspired and (occasionally) offended others. As it happens, just last month I watched Buck and the Preacher) (1972) a couple of times, courtesy of a new Blu-ray from The Criterion Collection, and, as I wrote with enthusiasm: "Watching it for the first time recently, I quickly got caught up in the more entertaining aspects of the film."

Watching Sidney, I got a much better, more encompassing, view of his entire filmography. Filmmaker Hudlin locates Poitier's life and career against the broad canvas of American history, which makes it invaluable, especially for any serious film student. Beyond its cultural merit, it's a lot of fun to watch, and I now have a few more films to watch (or watch again) from a more informed perspective.

Also, I realized I need to pay more respect to Mr. Poitier's accomplishments. He passed away in January 2022, just a month shy of his 95th birthday. He lived quite a life. Happily, many of his films are now available to watch through various services -- No Way Out (1950) is a personal favorite -- so it's time to get cracking.

Do you feel this content is inappropriate or infringes upon your rights? Click here to report it, or see our DMCA policy.
Apple TV+documentaryReginald HudlinSidney PoitierUS