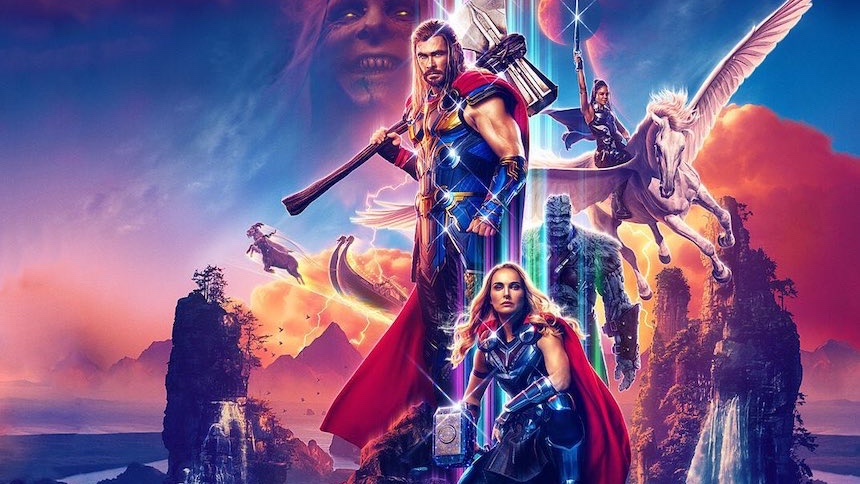 More than a decade ago, audiences around the world lost their collective minds at the mention of two words, “Avengers Initiative,” by SHIELD under-boss Nick Fury (Samuel L. Jackson), seconds before Iron Man, the first entry in the ever-sprawling, metastasizing Marvel Cinematic Universe (MCU), faded to black into seemingly endless possibilities.

Since that singular moment in 2008, the Disney-Marvel Pop Culture Machine has spun out an additional 27 feature-length films and five limited series on Disney+ of varying, sometimes mediocre quality, including interconnected trilogies for Iron Man (Robert Downey Jr.), Captain America (Chris Evans), and Thor (Chris Hemsworth), each one leading into the other and more importantly, the four-film Avengers-related series, an epic, spectacular superhero team-up that wrapped up in Avengers: Endgame with the supposedly permanent exits of Iron Man and the original Captain America from the MCU.

Not including 2008’s The Incredible Hulk, a rare underperforming misfire for the MCU and Edward Norton's only appearance as the title character, Thor (Hemsworth), the broad-shouldered, big-biceped Norse God of Thunder and onetime crown prince/heir to the Asgardian throne, stuck around for additional adventures, teasing a team-up with the Guardians of the Galaxy after abdicating the Asgardian throne and and handing over leadership duties to Valkyrie (Tessa Thompson) over New Asgard, an Earth-based village filled with superpowered exiles young and old and every age in between.

That tantaliizing Guardians of the Galaxy tease, however, ends up being just that, a tease that Thor: Love and Thunder, the fourth Thor-centered film in the MCU, and on balance, the best of the four entries, wraps up in a single, semi-hilarious scene where Thor, still the ever-earnest, attention-grabbing, do-gooding wrecking ball in bodybuilder form, enters the fray on a crudely drawn CGI world against poultry-faced aliens. (As become standard with latter MCU entries, the visual effects often look rushed and under-rendered.)

Thor “saves” the day for his dumbfounded employers, but only at great material cost he fails to recognize or acknowledge while the Guardians, exhausted by his self-serving, egotistical behavior, look on disapprovingly. Almost immediately, Thor and the Guardians of the Galaxy go their separate ways, the former due to the appearance of Gorr (Christian Bale), an anti-god zealot armed with a so-called Necro-Sword that can cut down even the most powerful mythological gods.

Joined by Korg (voiced by Taika Waititi), a rock monster that’s anything but (a rock monster), and two of the most irritating, elephant-sized goats ever to appear in the MCU, Thor heads back to Earth and New Asgard, only to discover that onetime former romantic partner and world-class scientist Jane Foster (Oscar-winner Natalie Portman) has somehow become the “Mighty Thor” thanks to a newly reconstituted Mjolnar (the same magic hammer shattered seemingly beyond repair during Thor: Ragnarok).

Between trying to game out Gorr’s agenda (eliminating mythological gods is only the start) and dealing with his unresolved feelings toward Jane, Thor has more than enough to keep him busy physically and emotionally. Recognizing, though, that defeating Gorr will take an entire army of superpowered gods, Thor, Korg, Jane, and Valkyrie head out for a meet-and-greet with mythological gods across millennia-old cultures and civilizations, including Zeus (Oscar winner Russell Crowe, oddly channeling his inner Mario Brother). It goes exactly as you’d expect in a superhero film co-written and directed by Taika Waititi (Jojo Rabbit, Hunt for the Wilderpeople, What We Do in the Shadows), i.e., not particularly well.

Already an Oscar winner himself (Best Screenplay for Jojo Rabbit), Waititi has cornered the market as a filmmaker on a very specific, easily identifiable mix of playful, whimsical, irreverent humor and heart-tugging, emotion-heavy drama. The Waititi formula also includes a physical brand of comedy and needle-drop, classic-rock driven set pieces. As with any formula, though, what seemed fresh and invigorating a few years ago in Thor: Ragnarok can start to feel stale and tiresome.

Waititi definitely comes close to wearing out his welcome here, especially his over-reliance on several overplayed songs. The unrelenting stream of jokes can be hit-or-miss (more miss this time out) and the tonal shifts, something Waititi controlled more deftly in the past, seem to get the better of him, especially in a third-act plot development that’s meant to be kid-empowering but turns out to be more of an ill-conceived, indifferently directed head-scratcher.

Bringing Bale into the fold as a brand new, if relatively unknown, (super) villain, however, was a terrific choice. He’s no god, replying on the Necro-Sword completely for his powers. And as often happens in mainstream fare, Waititi gives Gorr motivation that doubles as a critique of organized religion, specifically gods that demand absolute obedience and worship and give nothing in return except a flimsy promise of a more just, more equitable afterlife.

Gorr’s introduction says and does as much, though his ultimate motivation feels, at least in part, like a copout typical of a multi-billion-dollar franchise like the MCU and the care (some might say cowardice) needed to retain interest and engagement across multiple demographics and ideologies.

The return of Portman as Jane Foster after a nine-year hiatus also qualifies as both a win for the Thor series and the MCU proper. Badly misused in Thor: The Dark World and unfairly jettisoned via a line of dialogue and a hand-wave in Thor: Ragnarok, Portman’s Jane Foster gets a fully realized, poignant arc here, often rivaling, if not outright surpassing, Thor’s own. Foster also gets to become a standalone superhero rather than a passive background character or Thor’s human girlfriend in constant need of being saved or protected, getting a noticeable glow, or glam-up, when she transforms into the gender-neutral Mighty Thor.

And while Bale and Portman make Thor: Love and Thunder worth the price of admission alone, Hemsworth shouldn’t be ignored either. Over more than a decade and multiple appearances across the MCU, Hemsworth has perfected his portrayal of Thor as a self-involved, self-entitled, near omnipotent being who, despite his relative age (he’s millennia old), grows in fits and starts into a classic Marvel Comics superhero, sacrificing self-interest and personal attachments for the greater good where might doesn’t make right, but the reverse holds true. It’s almost enough to want to see another standalone adventure for Thor and the Asgardians.