Directed by Adilkhan Yerzhanov, the detective story from Kazakhstan paints a bleak picture of police work in the rurals. Now streaming on MHz Choice. 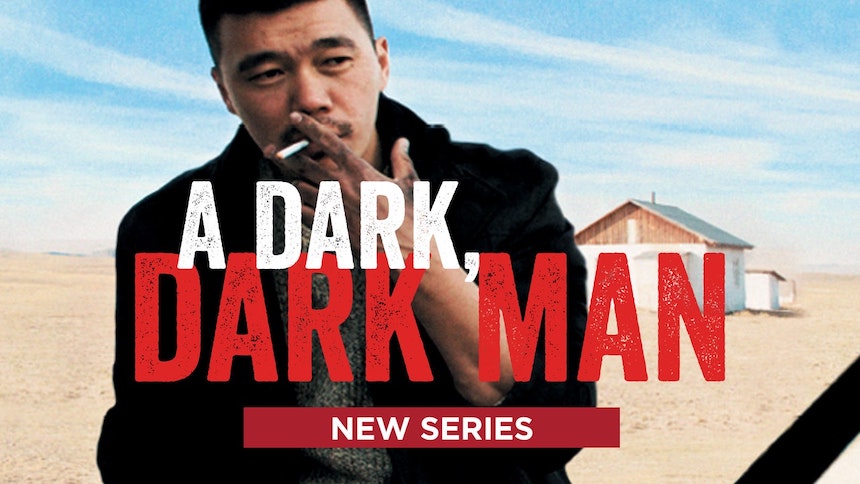 Sit back and allow the corruption to wash over you.

"The prolific Kazakh auteur Adilkhan Yerzhanov belongs among the ranks of unsung heroes of the contemporary world cinema," according to my colleague Martin Kudlac. "Yerzhanov's deadpan style, absurdist situations, and lo-fi genre-mixing in existentialist steppe dramedies juggling black humor and serious, even taboo, subjects propel him among under-the-radar original filmmakers."

With this in mind, I plunged into A Dark, Dark Man, which premiered as a feature film at the San Sebastian Film Festival in 2019 and is now streaming as a three-part series on MHz Choice. I was apprehensive about the idea of dividing the film into episodes, but it becomes strangely addictive, in large part because of -- rather than despite -- its exceedingly dry tone and the nature of Yerzhanov's unhurried storytelling. (Also, all three episodes debuted simultaneously!)

In an isolated village in Kazakhstan, far from intruding eyes, a young boy is found dead, apparently murdered. This does not concern the local authorities, who are busy paying off a hapless local citizen to claim responsibility for the child's brutal death. It's the latest in a long line of crimes by a police force that is steeped in systemic corruption.

Newly arrived Detective Bazhat (Daniar Alshinov), who has ambitions of his own, is inclined to go along with their corrupt schemes. But then a journalist named Ariana (Dinara Baktybaeva) hits the scene, with authority from somewhere higher up in the regional government. As she naively investigates, she doesn't realize that Detective Bazhat is committing further crimes all around her. Meanwhile, the stench of corruption, and the journalist's uncowed idealism, begins to affect Bazhat in ways that he did not anticipate.

All this plays out in landscapes that are starkly beautiful. Could such extensive corruption really be playing out against such lovely surroundings?

Director Kerzhanov, who also co-wrote the script, has been making feature films for more than 10 years, and though his quiet, spare style will not appeal to everyone, it feels ideally suited for a streaming service. I'll admit that the tone initially felt very ... slow ... but then I began noticing moments of despair and truth and frustration, and realized that they add up to paint a portrait of a nation and a time that is quite distinctive.

The humor is very, very dry; it's more observational than anything, but soaked in absurdist doctrines and a sense that the world has gone mad. The verdict is still out on the fate of the world, but at least we still have director Kerzhanov and his films.

Do you feel this content is inappropriate or infringes upon your rights? Click here to report it, or see our DMCA policy.
Adilkhan YerzhanovDaniar AlshinovDinara BaktybaevaKazakhstanMHz Choice