Pretty Packaging: The FIREBALL XL5 Boxset Is Out Of This World

Ard Vijn
Editor, Europe; Rotterdam, The Netherlands (@ardvark23)
Tweet Post Submit
Gerry and Sylvia Anderson are known as legends in the field of science fiction television series, and rightfully so. While they are probably most famous for their live action series Space: 1999 and the puppet series Thunderbirds, they have been responsible for a lot more titles. The British distributor Network is now releasing these older titles as lavish Blu-ray boxsets, and these are a sight to behold.

Soon, the series Stingray will get its release and I'm looking forward to that. But already you can buy the set for the even older Fireball XL5, the first series the Andersons managed to sell to American networks, and for many people the first exposure to their work. It's a magnificent set.

And a looker too, so here is a gallery of shots. Click on the edge of the pictures to scroll through them, or at the center of each to see a bigger version. 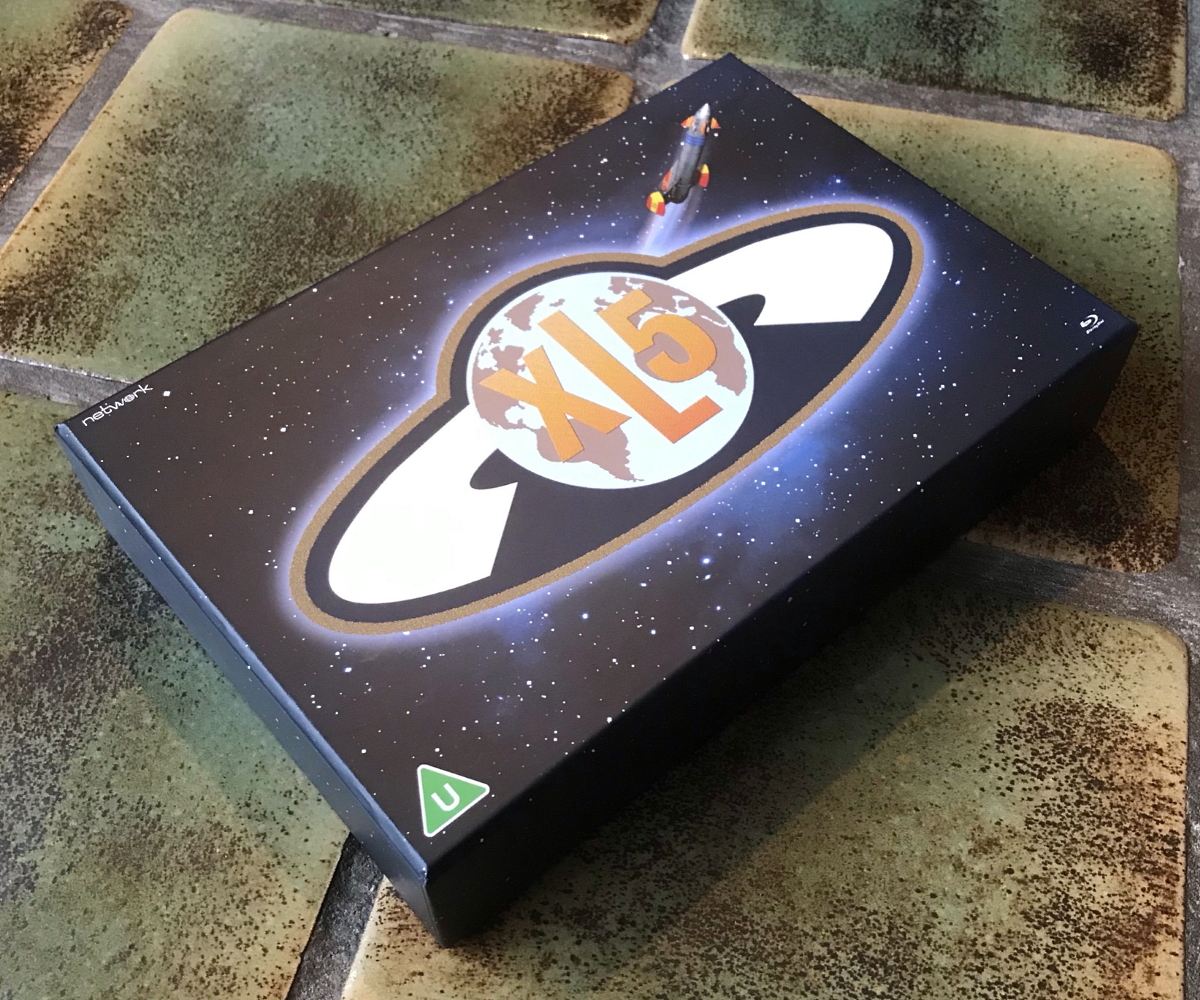 And this is what it looks like: a nice oversized box, its front the size of two regular slipcases. 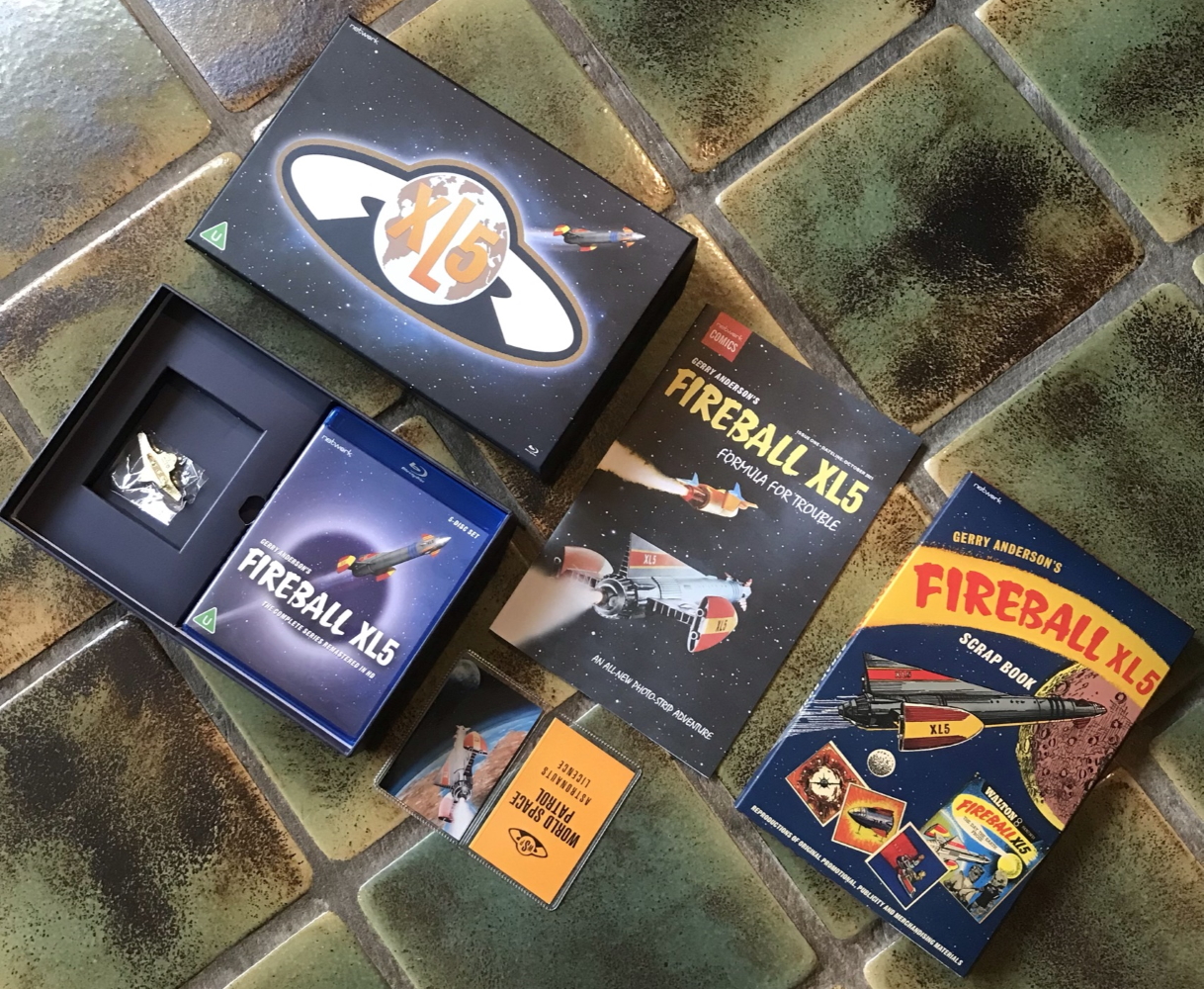 The contents. There is the Blu-ray amaray, the photo comic, two trinkets, and a thin cardboard box full of goodies. 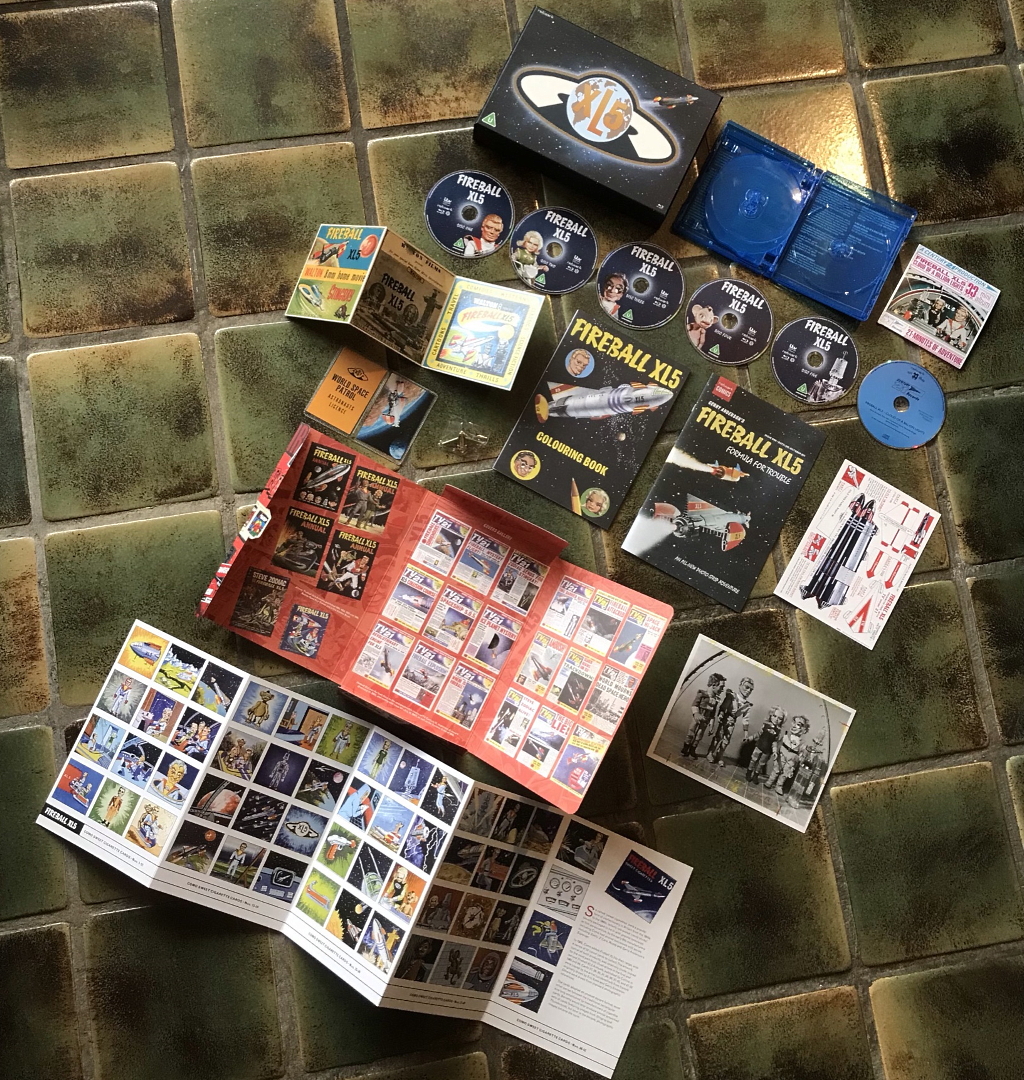 All contents opened. You get the CD soundtrack, a reprint of the colouring book, reprints of all the cigarette cards, a paper build-it-yourself model... there's a lot! 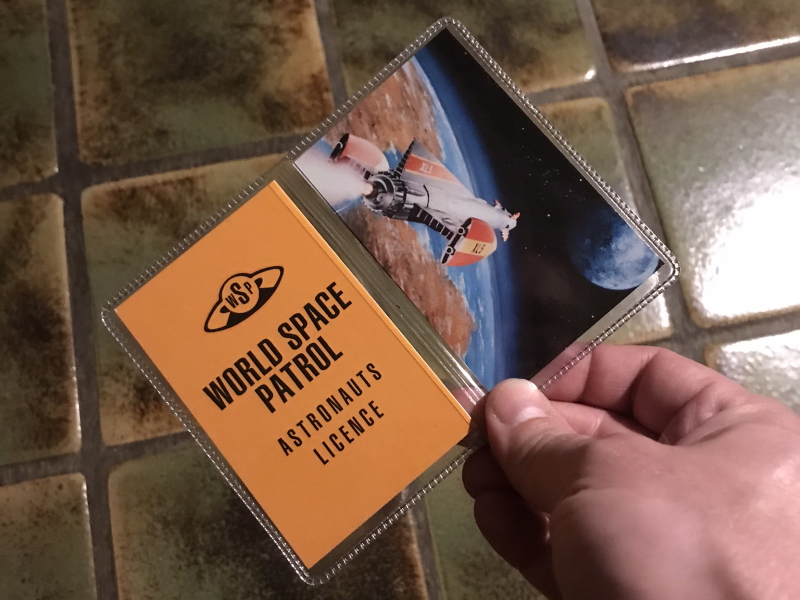 Trinket number one: a replica of an Astronaut License, of which the back can be personalized. 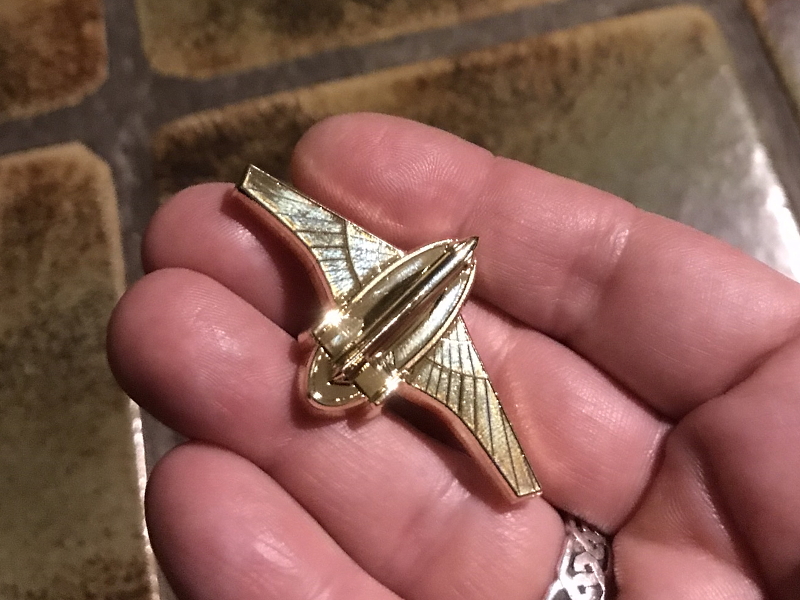 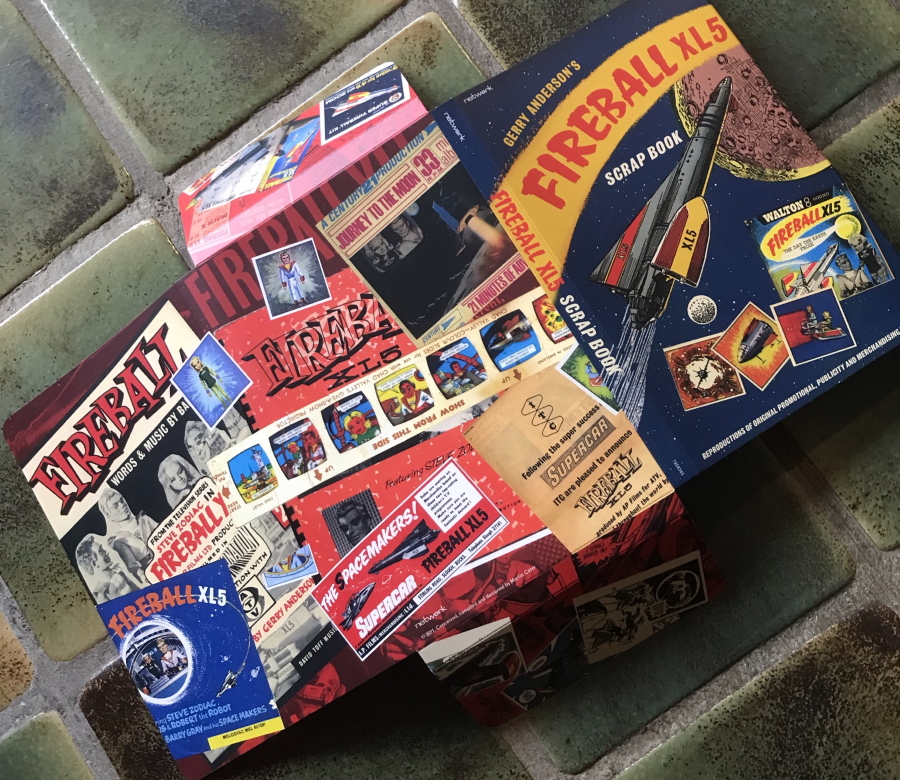 The "goodies" box is covered inside and out with old promo materials, worth checking out for its own sake. 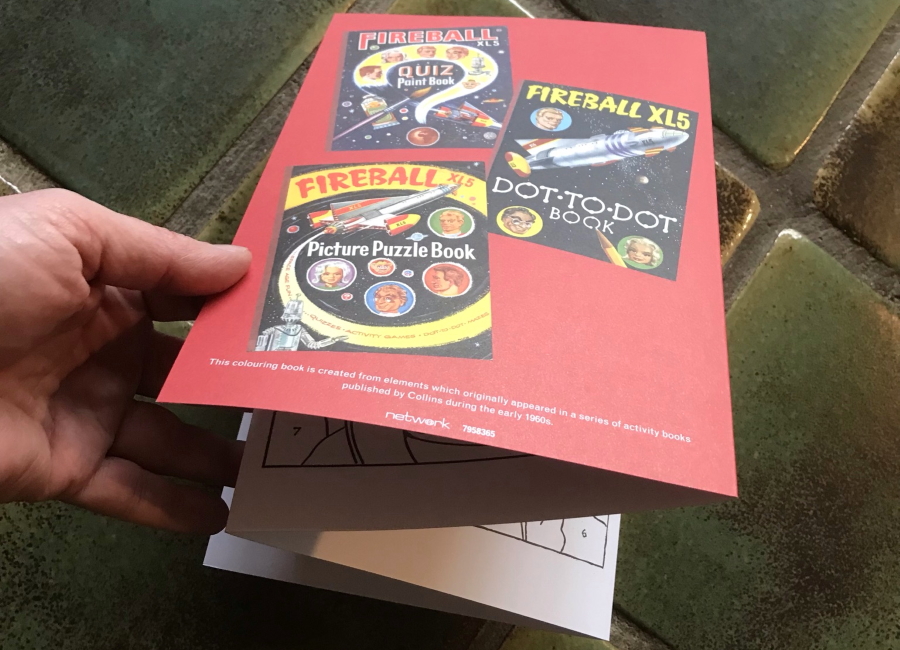 The colouring book is a fold-out, and included as just an example of the widespread merchandising at the time. 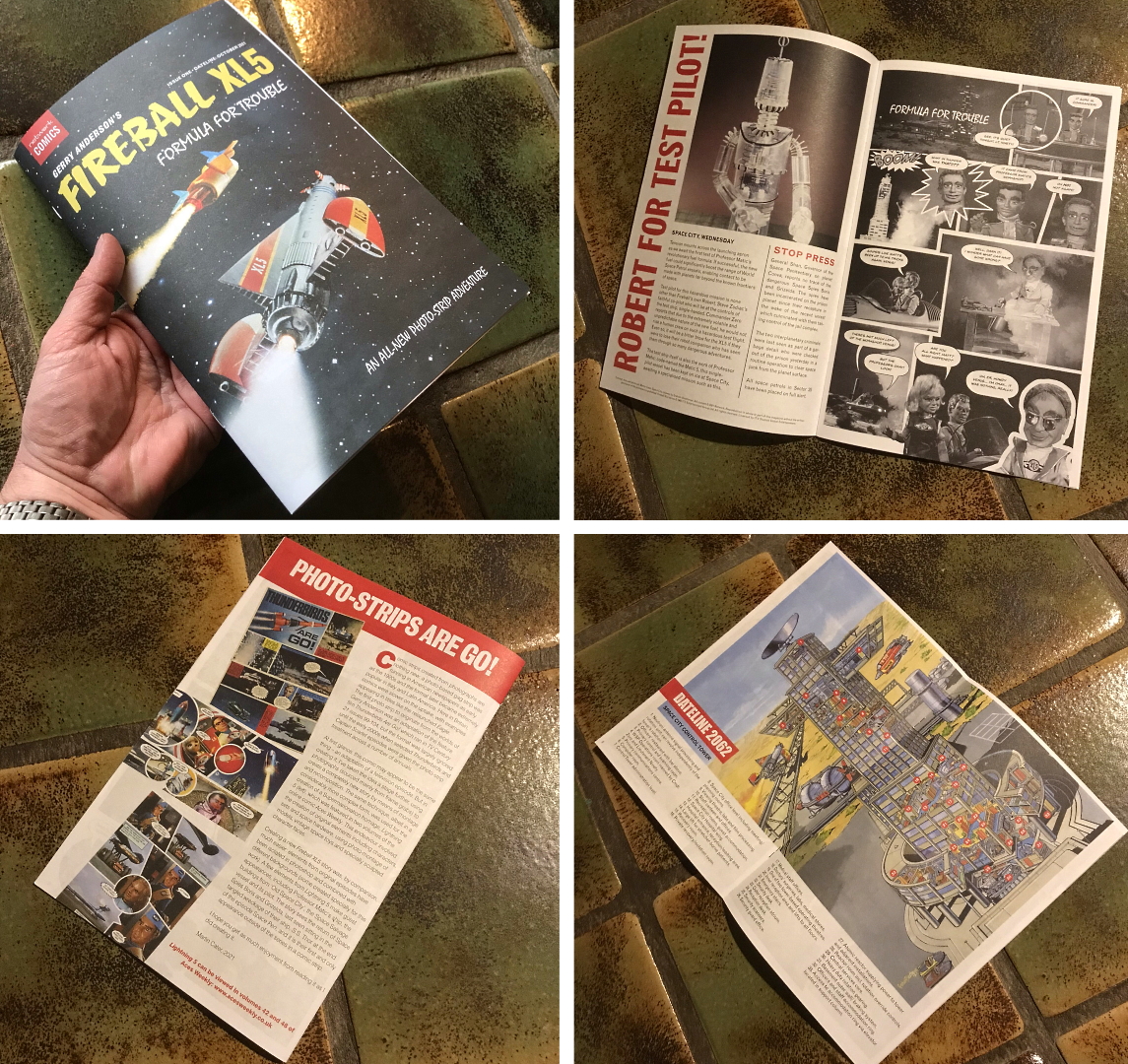 The photo comic is exactly that, though interestingly, the back clearly states there were no photo comics made originally for Fireball XL5. This is a fan project. Still, cool to have, and the center map is a thing I would have liked as a poster on my wall as a kid. 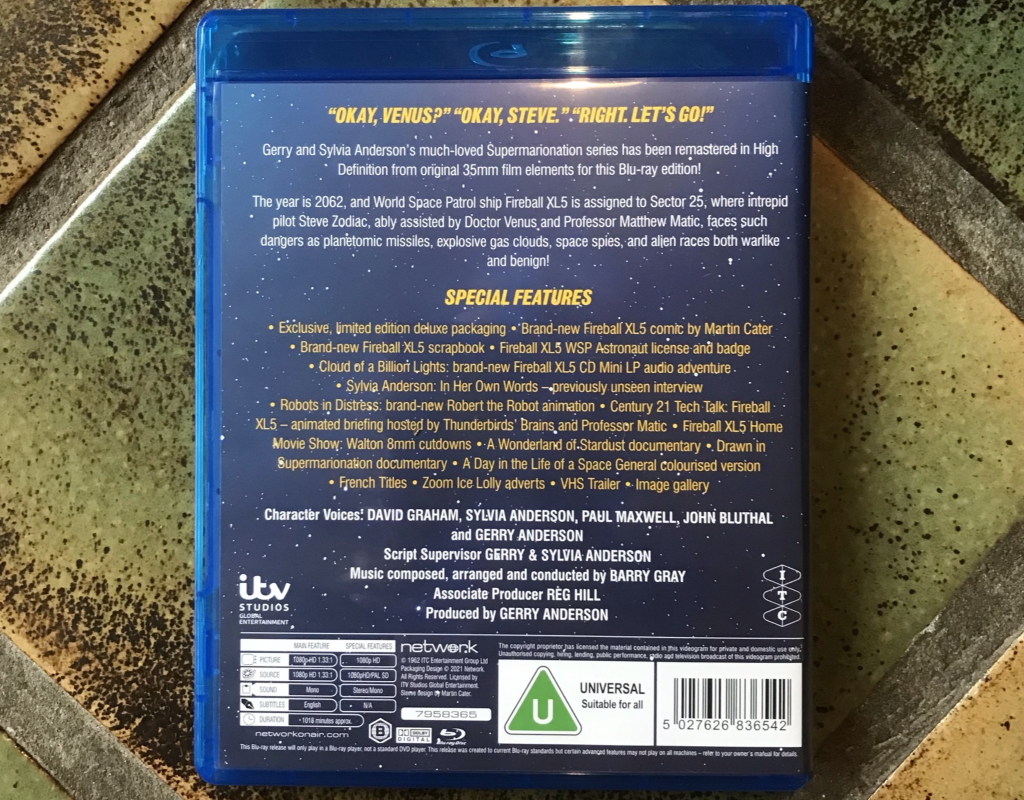 The back-end of the Blu-ray case, showing the on-disc extras. 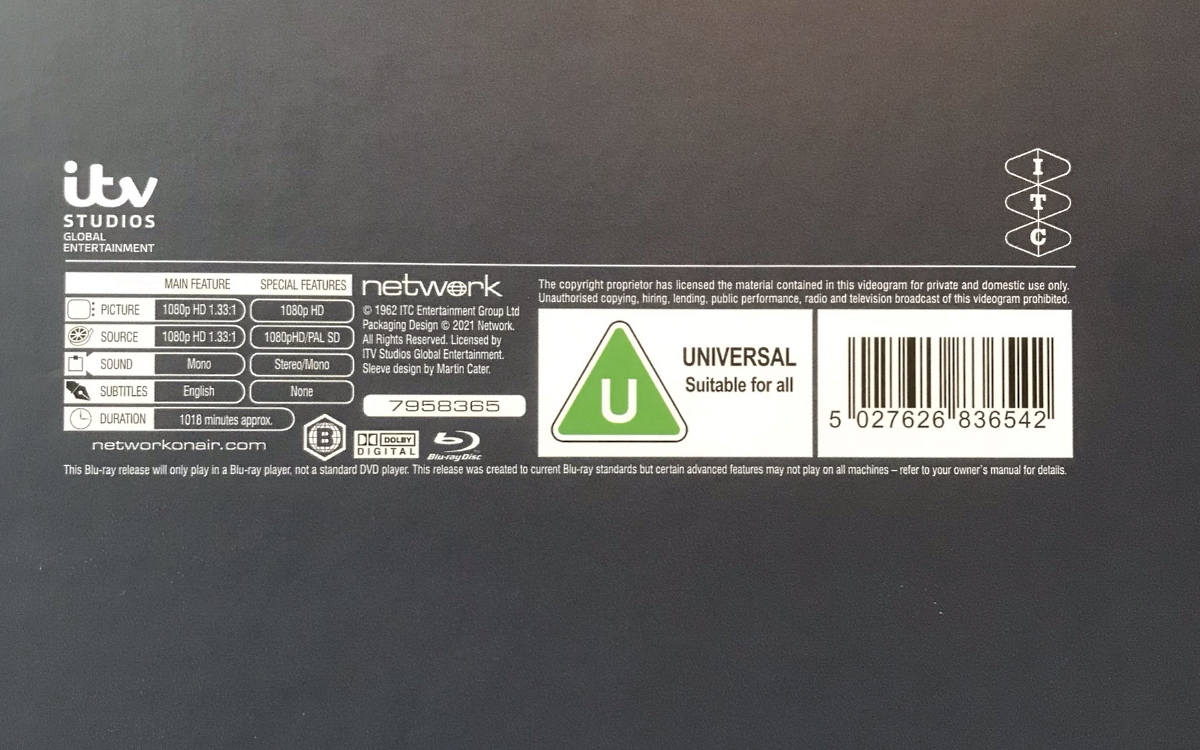 The (back)end. What will Network release next?
Oh wait, we already know: Stingray. Bring it on!