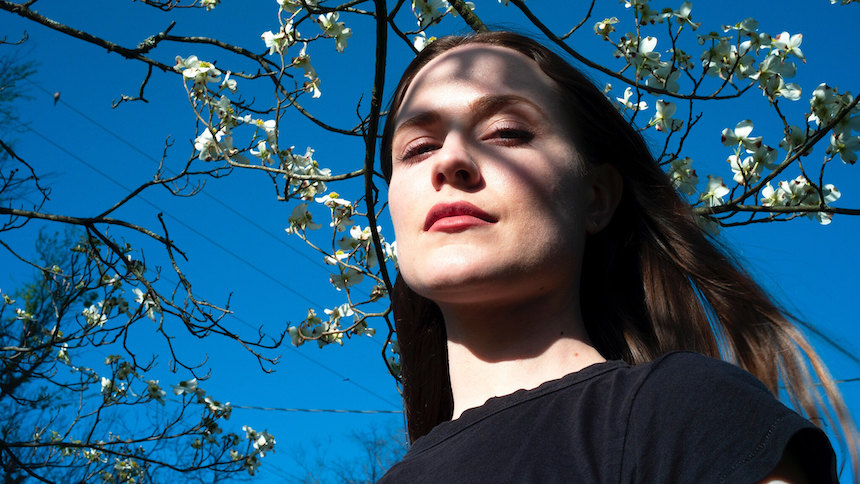 Sundance 2022 premiered a fair share of docu-pics, including series that are slated for upcoming release at HBO. Among them has been Oscar-nominated director Amy Berg´s two-part series Phoenix Rising (premiering the first part, Don't Fall).

Phoenix Rising ticks off several topics that have been prominent in this year's lineup in Park City, including portraits of women who have been preyed upon, survivors of abuse, and the shifting social climate and legislation on violence.

The leading protagonist and virtually the subject of the docu-series is the actress Evan Rachel Wood who has been hinting at her experience with abuse over the past several years. She has never come on full record, expressing that she needs to do it on her terms and when she is ready. Phoenix Rising is the vehicle where she goes on full record with disturbing details of what went on behind the closed door of a certain Los Angeles mansion.

Several thematic strands converge in Phoenix Rising, where Wood details her career in the industry that objectified her from an early age and made her feel uncomfortable, most notably the controversial film Thirteen.

Wood details the power dynamics in Hollywood. while pointing out certain stereotypes perpetuated on screen and behind the scenes. In this regard, Phoenix Rising shares the sentiment with another Sundance docu-pic, Nothing Compares, in which Sinéad O'Connor recounts her experiences with the music industry, recalling being told by executives to undergo an abortion.

The other plotline is the initiative that Wood joined alongside Ilma Gore regarding the Phoenix Act in California in order to extend the statute of limitations on domestic violence. Berg follows Wood and a group of initiators in their activist crusade to persuade the legislators to extend the period, offering valid reasons. Berg kept in the final cut scenes of Wood's testimonial, where she relives the trauma and pain again. While their primary goal is not fully achieved, there are minor improvements regarding the issue.

After describing the vulnerability that actresses may face on the set, psychological patterns perpetuated by Hollywood, and gradual adaptation of legislations, Wood directly and openly discusses her own tribulations of domestic violence and names not only names in a bombshell revelation.

While the implications have been already decoded over the past years, Wood largely avoided naming her abuser; she eventually did it via Instagram in early February 2021. Phoenix Rising suddenly segues from autobiographic mode regarding her career into a full confessional mode, in which Wood retells the harrowing ordeal of her co-habitation with Brian Warner, better known by his stage persona of Marilyn Manson.

Phoenix Rising does not aspire to be an investigative documentary, yet the subject of Manson takes so much space that it would necessitate a bit of corroboration from other victims (which is only loosely hinted at) to point out to the modus operandi that appears to transpire.

Wood retells her first meeting with the shock rocker, courting, and dating, and even offers her opinions on why the eccentric singer has gravitated to the macabre. Oscillating between condemnation (not far from character assassination) and attempting to understand him, the sheer volume of material dedicated to the rocker feels unjustified when the first part is missing more testimonies. The first part of the documentary miniseries is engineered as the POV narrative of a single protagonist, which is a legitimate decision.

Yet the mounting accusations, of which many will surely be used in the lawsuit, make the documentary unbalanced, with Wood going as far as accusing Manson of anti-Semitism; allegedly, he called Hitler the first rock star. (Manson has been previously accused of buying Nazi paraphernalia.)

The major revelation comes with the shocking announcement: "I was coerced into a commercial sex act under false pretenses," when she says she was raped on-camera during the shooting of the Heart-Shaped Glasses music video. "That's when the first crime was committed against me," she adds.

The video that references the famous Lolita glasses from the poster to Kubrick's adaptation of Vladimir Nabokov's novel of the same name was supposed to feature a simulated sex act of Wood and Manson (she was 18 and he 38 when they started dating). Wood adds that Manson even coached her on how to respond to a journalist's questions about the video.

The anatomy of abuse performed by Wood has a didactic dimension as the actress names methods and patterns that have been used on her, such as grooming or gaslighting. Grooming may be a big red flag, which is nowadays amplified by the ever-present online connection and social media. (The Czech documentary Caught in the Net exposed online predators and groomers preying on minors).

Phoenix Rising is a cautionary tale unmasking the proceedings of abusers, which may help others to identify suspicious behavior before physical, emotional, or psychological damage is done.

No representatives of Marilyn Manson appear on camera; the singer´s lawyers have denied all allegations, adding that all relationships have been "entirely consensual."

Do you feel this content is inappropriate or infringes upon your rights? Click here to report it, or see our DMCA policy.
Evan Rachel WoodHBOPhoenix RisingSundance 2022