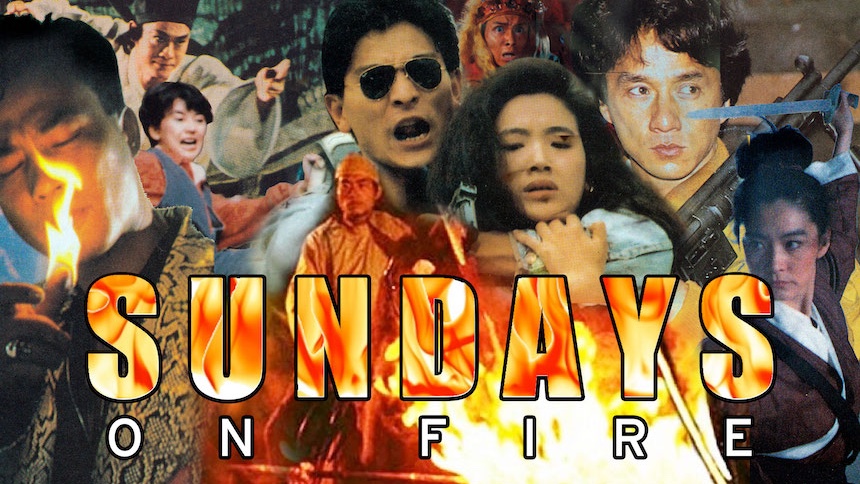 It's that very special time of the year when I truly wished I lived in New York City again and could personally experience the warm embrace of classic Hong Kong cinema on the big screen.

For the millions (?!) of our readers who live in New York City, though, you have no excuse! Kick off the cozy blankets, strap on your jet skates, and proceed directly to Nitehawk Cinema in Brooklyn -- the greatest movie theater in the greatest borough in the history of the word -- and join the foolhardy people who will be in attendance for the first screening in a new series presented by Subway Cinema and Nitehawk Cinema: Sundays on Fire.

What, pray tell, is Sundays on Fire? I'll step back and allow the good folks at Subway Cinema (actually, the words come from worldwide bestselling author Grady Hendrix) to explain for themselves:

"Starting February 13 -- [pertinent editorial note: that's just three days from now] -- on the second Sunday of every month at noon, we're teaming up with the Nitehawk Prospect Park to screen an action classic from the golden days of Hong Kong cinema. Every single movie will be on 35mm, the way the good Lord intended, and while we're not revealing the titles in advance because it's more fun that way, we guarantee that you haven't seen these movies on the big screen in decades, if at all. The series will run until June and tickets are only $15 and they're on sale now!

"The first film, this Sunday 2/13 at noon, is Raiders of the Lost Ark if Indiana Jones was a woman and could actually fight."

Visit the official site to buy tickets and read more, because we know you love to read almost as much as you love Hong Kong movies.

So, it'll be OK to sleep in (a little) on Sunday morning, but only if you've purchased your tickets already. They're on sale now!

Since you are no undoubtedly now in a buying mood, Grady, er, Subway Cinema advises: "The second screening will be on 3/13 at noon and it's a classic kung fu flick from the '90s, which is a remake of a classic kung fu movie of the '70s, starring one of the biggest action stars in the world. And tickets just went on sale!"

Here is the link for that: How to make your second Sunday in March really cool.

But, wait, that's not all! I'll turn it back over the official-verbiage meister:

"Just when you thought it was safe to go back into movie theaters, it's happening again! The legendary Hong-Kong-a-Thon returns to celebrate the golden age of Hong Kong movies! Six kickass flicks, all on 35mm, screening for 12 insanity-inducing hours at the Anthology Film Archive on Saturday, April 9 starting at 12:30pm.

"We're not revealing the titles until they appear onscreen but they're all made between 1987 and 1993 and we dug deep to find some extreme rarities, including one movie that's only ever been on VHS and three of them don't seem to have EVER been projected since their original release dates. This is one of the most talked about events we've ever held and it's an experience you'll 100% want to share with an audience. Tickets are only $30 and they're on sale now!"

For that event, you need a different link, so here it is.

If you've read this far, but you're somewhat near to Philadelphia -- sorry, non-US readers, that's still in the stinky old States -- Grady notes: "I'm personally co-hosting a Hong Kong Girls with Guns 16mm double feature with the guys at Exhumed Films down at PhilaMOCA, Philadelphia's favorite former mausoleum showroom, on Friday, 2/18 @ 7:30pm. Again, secret titles but this is going to be a double-barreled blast of shock and awe."

And, because you undoubtedly love links, here's where to go.

So, go, enjoy, and brag about it to your friends, neighbors, and enemies alike. Social media is also a good place to talk about it, I've heard, especially TikTwitterTokInstaFace. 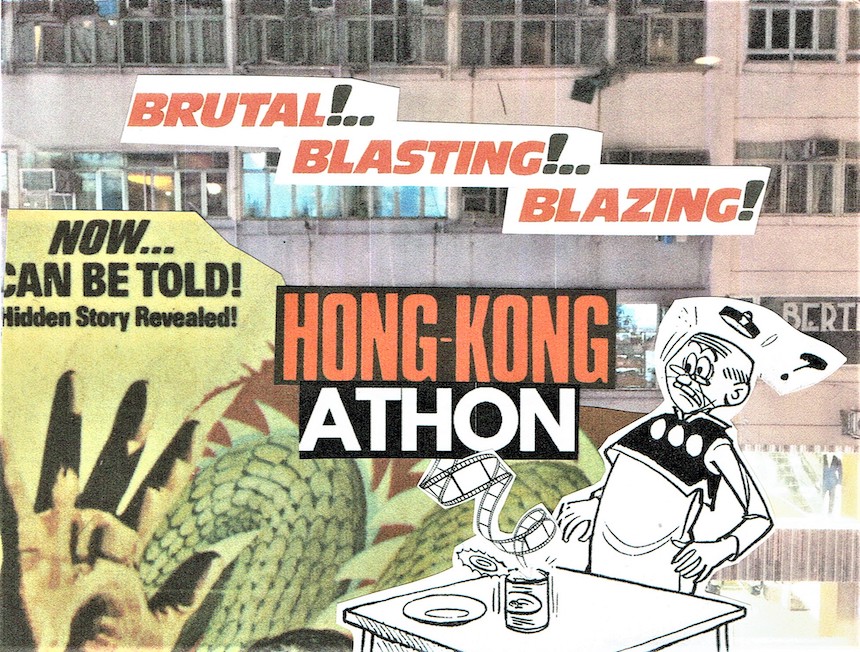 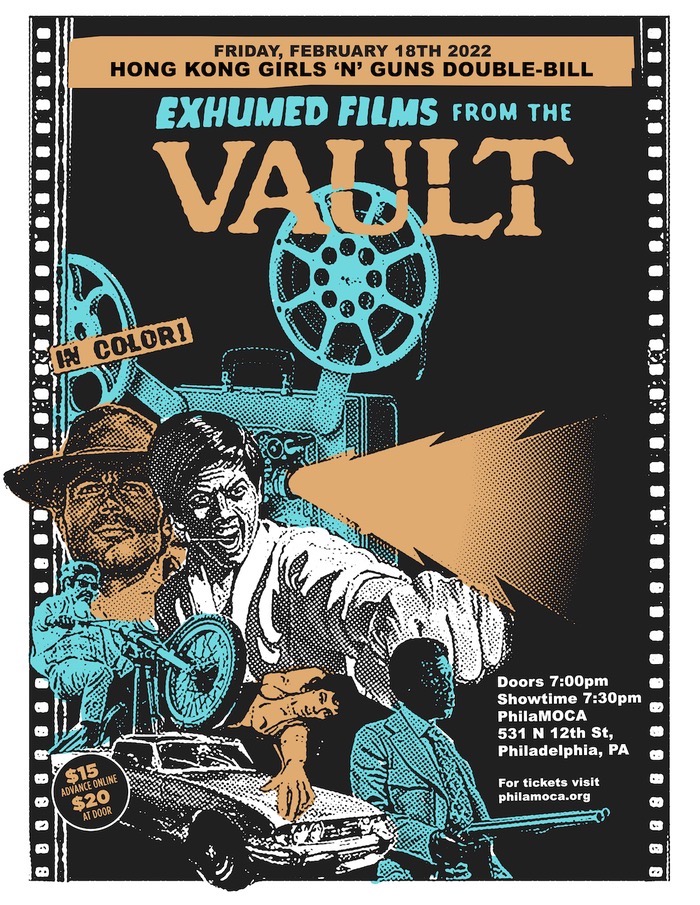 Do you feel this content is inappropriate or infringes upon your rights? Click here to report it, or see our DMCA policy.
Hong KongNitehawk CinemaNYC HappeningsSubway CinemaSundays on Fire