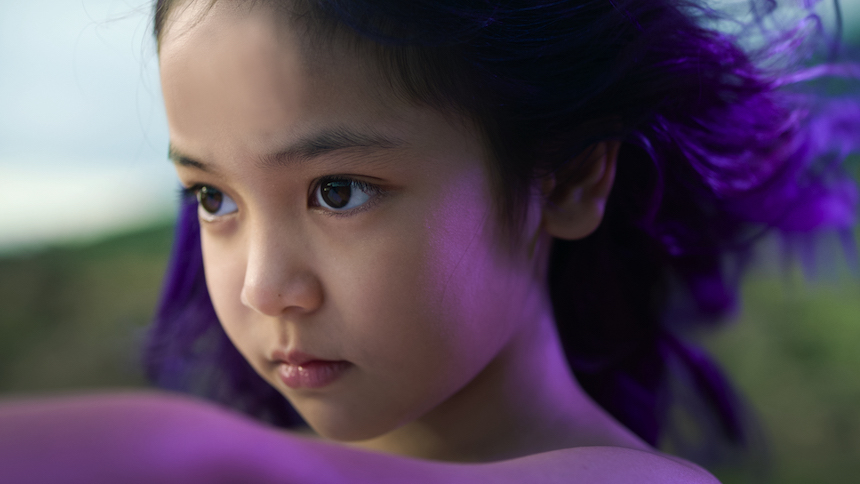 What if E.T. and CJ7 had a movie baby? Versatile director Ham Tran attempts to answer that question in his latest film, Maika, making its debut in the Kids section of the 2022 Sundance Film Festival.

Tran has dipped his toe into a number of genres over the years, starting with his heart wrenching first film, Vietnam-exodus drama, Journey From the Fall (2006), through to his horror film, Hollow (2014), and crime thriller, Bitcoin Heist (2016). Never one to sit still for too long, Tran’s latest is one of Vietnam’s first science fiction features with Maika, a giddy hodge-podge of familiar kids’ movie tropes assembled into a delightfully wacky adventure that is sure to delight the pre-tween set.

When a spaceship crash lands nearby, Hung (Lai Truòng Phù) stumbles across one of the alien visitors in the form of a precocious 8-year-old girl who goes by Maika (Chu Diep Anh). Hung has been lonely since his mother passed away, and his father is too busy trying to eke out a living to be much of a pal, so the addition of a playmate is welcome, even more so once Maika reveals telekinetic superpowers. Long the victim of well-to-do bullies, Hung can now fight back, with Maika helping him to discover his own inner power. One time bully and genial goofball Beo (Tin Tin) joins the duo as a comic foil, and the adventures begin.

Hung’s father, Thanh (Ngòc Tuòng), is too busy trying to make ends meet to be aware of his son’s more unusual exploits for most of the film, however, even he is given a tender character arc of his own. Recovering from his wife’s death, Thanh develops an initially chaste relationship with a nurse at her hospital that eventually blossoms into something more. He’s instilled a love of science and tech in his son that encourages Hung’s inquisitiveness and ultimately helps him save the day.

Borrowing liberally from any number of films, Maika seems most indebted to E.T. Sporting an extraterrestrial of its own, who is being sought out for exploitation by a local tech magnate, the film occasionally diverges from its main plot lines to allow the kids to go on adventures, sometimes tenuously connected to the main story. While its intended audience will enjoy these capsule journeys, older film fans might find them more distracting, padding the film’s run time beyond that which it can sustain organically.

A winsome and heart-warming entry into the kid-film cannon, Maika largely succeeds in its goals of creating an engaging adventure film for kids. The comedy is very broad and the visual FX occasionally a bit shaky to the point where western audiences might find it a bit testing, but it fits with local tastes and definitely knows what it’s doing. It might not be the most original concept at Sundance this year, but that doesn’t make it any less lovely. Gorgeous scenery, a jaunty background score, zany alien adventures and rambunctiously winning performances from its young cast make Maika a charming diversion, something desperately needed these days.

Do you feel this content is inappropriate or infringes upon your rights? Click here to report it, or see our DMCA policy.
Ham TranSundance Film FestivalVietnamTin-TinPhu TruongNgoc Tuong