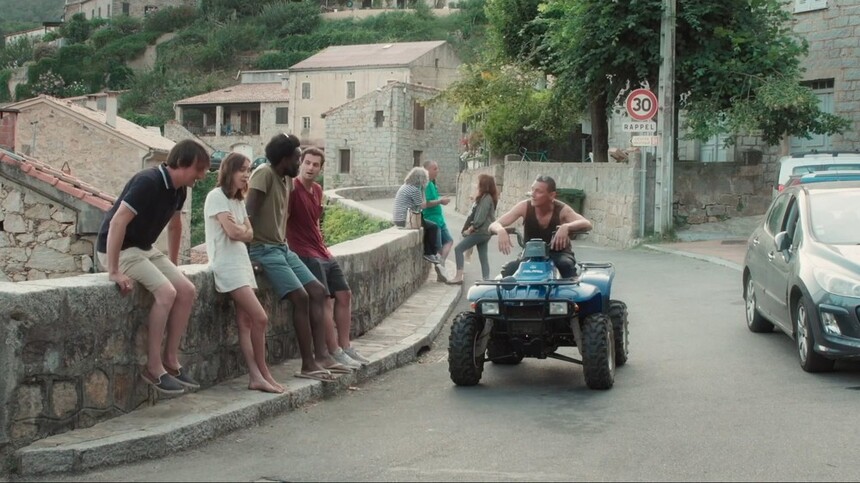 French actor and debuting writer-director Pascal Tagnati chose to break out the hard way. His intricate and riveting piece of cinema, I Comete - A Corsican Summer, rewards perseverance and attention.

In the spirit of the title, the film opens during an August day in a picaresque town of Tolla in the center of the French island of Corsica. The casual banter of youth in the first scenes implies that a coming-of-age story may develop in the upcoming minutes. That is, however, a wrongful notion.

The succeeding scenes relate to the opening, as they are set on the same day in the same town and proceed to introduce a new set of characters living in the same town dealing with a different set of issues. Tagnati continues to pile-up inconsequential in-medias-res capsules in a scatter-shot of plotting. The director continues to present pseudo cinema verité snapshots fished out of the life of the town's inhabitants that do not necessarily contribute to a coherent and linear storyline.

Tagnati carefully frames each scene and situation with a fixed camera patiently observing the unfolding interactions against the backdrop of either rural or pastoral setting of Tolla. While the freewheeling snippets might have suggested a documentary approach, the precisely chosen mise-en-scene and formalistic rigorousness prove otherwise. They signal a clear authorial intent and style. Tagnati shoots on location making the full use of the bona fide setting and the authenticity. 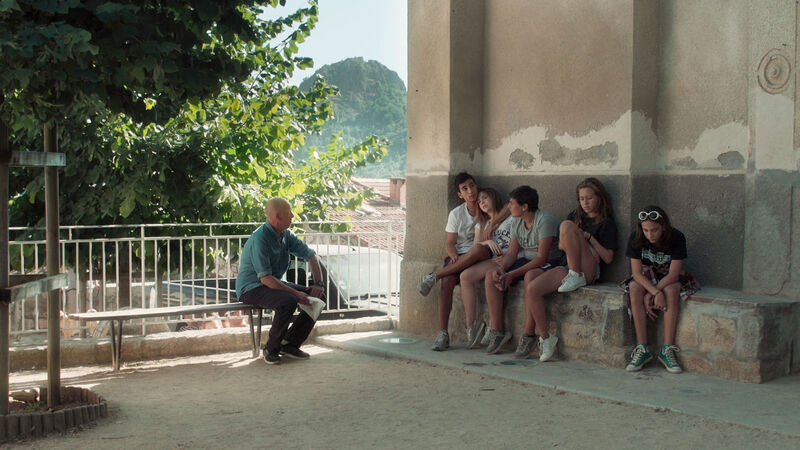 Eventually, characters from one snapshot will start to re-appear in different episodes and begin to interact with other characters on-screen. The migration of characters across different self-contained settings, and the intersection of their interests and interactions, gradually contribute to the fully formed microcosm of Tolla. Ultimately, the series of non sequiturs starts to make sense in a grander scheme.

I Comete - A Corsican Summer has the contours of a collective portrait, due to the rotation of many characters However, a different kind of stylization is applied in the film that does not relate solely to the art production.

The film's cinematographer, Javier Ruiz Gomez, is highly aware and precise about the angle and the arrangement of each shot. He augments the authenticity through the composition of a slightly voyeuristic vibe. The performances of non-professional actors add to the higher quality of realism and reality drama.

Recurring characters, callbacks, implications or explicit references to the unfolding events and happenings in the town forge invisible ties and bonds of the small-town ecosystem. I Comete - A Corsican Summer demands active participation from viewers who are supposed to chart a mental model of who's who in the town. 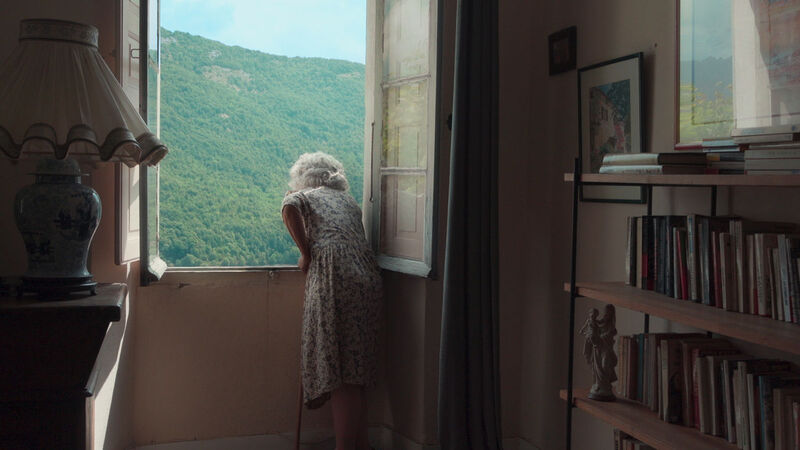 Tagnati uncovers the family ties, relationships, issues, and business of locals in an obscure way of implicit references and occasional confrontations. Viewers have to piece seemingly incoherent chunks of observational snippets together to discover the full context of ongoing conflicts, historic and present. The original illusion of haphazard pattern vanishes as the local power structures, social hierarchies and agendas across all the generations of inhabitants surface in a surprisingly elaborate way.

I Comete - A Corsican Summer does not contain a single arch-story in the sense of a conventional linear plotline, but myriads of micro-stories and episodic occurrences contributing to the bird's eye collective socio-psychological depiction of a single Corsican town. Tagnati, who stars as one of the characters, utilizes the concept of narrative network with narration split into groups of interconnected characters roaming through detached narrative threads.

And he manages to cram the whole human drama into the fragmentary narrative of I Comete - A Corsican Summer with jealousy, pride, greed, colonialism or racism among others that cut across generations and social strata.

The film will screen at the upcoming Film Festival Gent in Belgium, which will be held 12-23  October. Visit the official site for more information.

Do you feel this content is inappropriate or infringes upon your rights? Click here to report it, or see our DMCA policy.
Cédric AppiettoFilm Festival GhentFranceJean-Christophe FollyJérémy AlbertiPascal TagnatiDrama