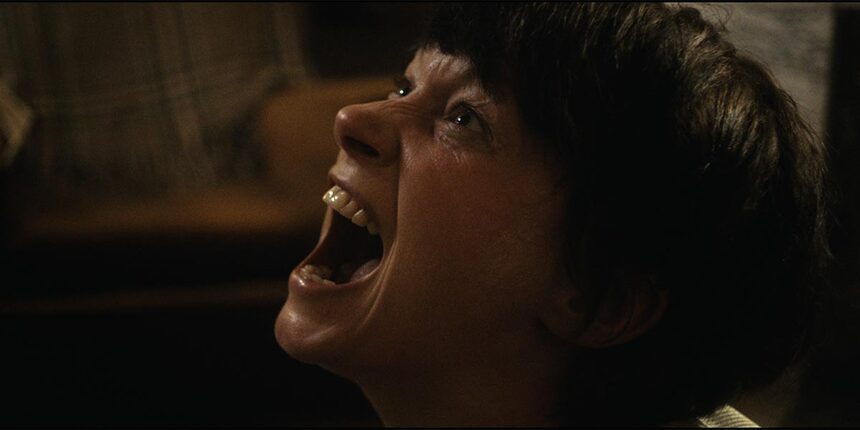 I remember a story, in the early 1990s in the United Kingdom, that made a lot of news headlines: a young mother killed her three children and then herself. A long magazine article about it was (at least for me) the start of a conversation about motherhood; this woman needed help from social services and repeatedly told authorities and social workers that she couldn't handle her situation of raising children, and they all told her the same thing (more or less): you're a woman, you have a natural mothering instinct, it'll kick in. But it didn't; this is not to excuse what she did, but merely to highlight what women have know for centuries: there is no such thing as a mothering instinct that all women have, we are not all naturally gifted to be mothers, and we often need a lot of help, help that is too often not provided and even if it is, often done so with constant criticism.

Kate Dolan's feature debut You Are Not My Mother looks at what it means to be a mother, and a daughter, when violent, poverty, and isolation are daily facts of life. Combine this with some scary Irish folklore, and it's a terrific debut, a slow-burn horror of loneliness and fearful anticipation.

Char (Hazel Doupe) is a teenager living a difficult life in the north Dublin suburbs: her mother Angela (Carolyn Bracken) isn't that great about making sure there's food in the house, or getting Char up for school; her grandmother Rita (Ingrid Craigie) doesn't seem to pay much attention to either of them. Char is bullied at school and doesn't seem to have any kind of support system to get her through. But after a brief disappearance, her mother seems to have changed. Is it for the better, as suddenly she's paying attention to Char? But her behaviour is erratic, her grandmother is trying to control Angela, and Char doesn't know who to believe, or if this woman is really Angela.

While the 'replacement' horror trope has been seen before, it's usually the child who is suspicious; Switching it to a parent changes not only the tone, but the narrative. A parent is supposed to look after the child; even a teenager is still in need of parenting, of protecting, of safety and comfort. The parent is the one with the power and control: to feel unwanted, unloved, and to still be reliant on that person for proetction and safety, is something akin to horror. Char old enough that she's being left in charge of her mother, a difficult prospect for anyone, but too much responsibility for one who has never had the love and guidance she deserves. This leaves her in the horror space, a place that everyone else seems to accept, but one in which Char has been given little choice to live in.

Everything looks, and feels, quite grey, like the cloud that seems to always be hanging over Char. Doupe complete draws us in this role: anyone who has ever felt isolated can relate to her, as she tries to navigate a world that just doesn't seem to want her in it (even those who claim to have been protecting her seem to barely be bothered with actually figuring out why she's sad most of the time). Even when it seems she's finally found a friend, even that is almost instantly taken away from her. Angela's behaviour is increasingly erratic and seemingly inexplicable, and Char feels the walls, both literal and proverbial, closing in.

Though when Char does finally get an explanation from Rita, it's both unbelievable and would explain everything. Dolan's script moves slowly, but every shot and line of dialogue is methodical and deliberate. Each presents another layer to be peeled back, by both Char and the audience, as the contemporary and the folkloric meld together. Has her mother been replaced by a monster, or is her mother just letting the monster that was inside her out, after years of trying to be something she's not? How has Char managed to make it this far, with such damage, and will this be the final straw for her to become like her mother?

There's no end to the grim and forboding atmosphere in You Are Not My Mother, but Dolan supports it with a familiar story given a good twist that makes us rethink and reimagine how we view the monsters in our own homes.

You Are Not My Mother

Do you feel this content is inappropriate or infringes upon your rights? Click here to report it, or see our DMCA policy.
Kate DolanHazel DoupePaul ReidCarolyn BrackenDrama

More about You Are Not My Mother