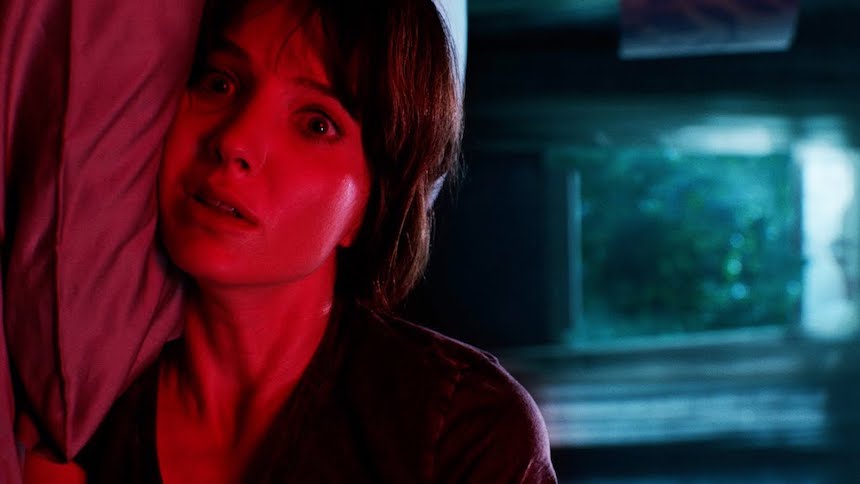 As Captain & Tennille sang in the last century, love will keep us together.

Unless, of course, that same love results in not just one bloodbath but two ridiculously over-the-top bloodbaths within the last twenty minutes of horror auteur James Wan’s latest contribution to the genre he’s all but dominated over the last decade and a half, Malignant.

True to its semi-cryptic, ambiguous title, Malignant delivers an embarrassment of genre riches: blood-soaked, shock kills (and shock survivals), wrenching, gut-churning body horror that would make even David Cronenberg slip into the fetal position, and plot absurdities piled high like cordwood that even the most jaded, seen-it-all horror fan can do little except give in and giddily embrace Wan’s ferociously demented, delirium-inducing vision of familial love, biological connection, and psychological implosion.

With a screenplay written by Akela Cooper (Wan and his wife, Ingrid Bisu, receive co-story credit), Malignant opens with a self-aware, nodding-at-the-audience prologue set inside the confines of a so-called research hospital straight out of a 19th-century gothic horror story or the underappreciated House on Haunted Hill remake directed by William Malone. Except it’s 1993 and one doctor, Florence Weaver (Jacqueline McKenzie), reacts to a patient’s over-vigorous temper tantrum by accepting the inevitable, “It’s time to cut out the cancer,” right before skipping ahead to the present day and Madison Mitchell (Annabelle Wallis), a dark-haired, pregnant woman cautiously looking forward to the birth of her daughter.

It’s less than a happy time, though, as Madison’s already fragile, tattered marriage teeters on the brink. Madison’s indifferent, abusive husband, Derek (Jake Abel), stirs from playing on his phone to confront Madison, initially bullying her verbally before resorting to physical intimidation. What seems like the beginning of a marriage-centered supernatural drama, however, ends both abruptly and violently. Post-prologue, it’s the second, clear sign that Malignant, similarly to Wan’s last, otherwise wildly different film, Aquaman, will leap headlong from sub-genre to sub-genre, adding levels of ludicrousness with each plot turn and every narrative twist.

That abrupt end introduces Malignant’s antagonist, a long-haired, reed-like villain with near superhuman strength and an uncanny ability to escape from precarious predicaments through gravity-defying acrobatics. The villain gets a name, of course, but it won’t be spoiled here.

Likewise his relationship, if any, with Madison, though once he goes on a sustained killing spree, Malignant effectively morphs from supernatural thriller to hack-and-dice, giallo-inspired slasher (turn up the color gels), with two of Seattle’s finest or second-finest, Kekoa Shaw (George Young) and Regina Moss (Michole Briana White), on the trail of the killer while slowly (sometimes too slowly) figuring out Madison’s connection to the supernatural killer.

Despite the presence of Madison’s younger sister, Sydney Lake (Maddie Hasson), stepping into the now vacant caretaker role and sometimes co-lead, Madison continues a rapid slide toward a mental breakdown, in no small part the result both of two, close personal losses and the terrifying visions of the J-horror-inspired killer at gore-filled work. Madison begins to see the killer’s crude handiwork up-close-and-far-too-personal.

Not surprisingly, Madison’s hyper-detailed visions lead Shaw to suspect Madison as the killer while Sydney, initially marked as a potentially disposable supporting or background character, moves to the foreground, hoping some investigatory footwork will lead to the killer’s connection to Madison and hopefully his capture or incapacitation.

Wan’s start in horror with Saw and the Saw franchise wasn’t a one-off or fluke. It wasn’t the typical work of a neophyte filmmaker hoping to become an anonymous, if well-paid, Hollywood, but the result of Wan’s real love and affection for the genre.

That’s been borne out by Wan’s repeated returns to the horror genre, from Saw to Insidious and to The Conjuring (all three have spawned series or franchises). Even after two big-budget, non-horror films, Furious 7 (Fast & Furious 7) and the aforementioned Aquaman, Wan decided he was due another palette-cleansing dip in the horror genre. It wasn’t only a good choice. It was the best choice, at least from genre fans eager to experience quality horror from and by a horror filmmaker.

Though obviously influenced by the works of other genre auteurs, including, but not limited to,  Hitchcock, De Palma, Argento, Cronenberg, Craven, and even Henenlotter, Malignant isn’t a mere, stapled-together copy of other, well-known and semi-well-known films, but a horror entry that stands on its own terms, partly as homage or citation, partly as multiple nods to the genre giants who preceded Wan, but mostly as a wild, hallucinogenic, unforgettable ride, one for horror fans to repeatedly savor and revisit for its high Grand Guignol style, Wan’s frenetic, stalking camerawork, Joseph Bishara’s thrashing, dissonant score, and some of the boldest, riskiest choices this side of frequent collaborator Leigh Whannell’s contributions to the genre they both love, Upgrade and last year’s pre-pandemic classic-in-the-making, The Invisible Man.

See Malignant. Then see it again. Chances are, you won't regret it.