Swedish siblings Ramon and Silvan Zürcher's second film in the human togetherness trilogy The Girl and the Spider is strange and captivating.

The second film in a loosely planned trilogy about 'human togetherness', The Girl and the Spider begins with the literal construction of a contemporary chamber piece, a very busy apartment move-out and later a similar apartment's move-in. The first film The Strange Little Cat examined a family household unit, now this one seeks to peel apart the unspoken microcosm of twenty-something apartment dwellers and their many repressions. The film begins as the ground is broken by obnoxious jackhammers, the blueprints for an apartment whose space is consumed with itself, which is splayed out on a table, the literal setup for the fleeting conversations and adverse social study about to take place.

The Girl and the Spider is hard to recommend, it is not particularly enjoyable, or even dramatic. It is mostly mundane, but still a great film and strangely captivating. The anti-nature of the way films should be made, the way people should communicate, and where they should logically be positioned on the stage, on the screen, in the frame. These conventional notions are obliterated by the Swiss Director siblings Ramon and Silvan Zürcher.

Loud and disruptive white noise, mostly diegetic sound fill the apartment, its occupants, friends and family all gleefully ignore it as they soulessly work in the background. Soon a distressed baby is heard on the monitor. They joke that the baby is being murdered, and hope it is so. In this off-kilter apartment saga, words are said without emotion yet convey stinging brutal meaning. The callousness towards a baby is one example of the absurdist cruel streak of these relationships going sour. Everybody excessively half-smiles their way through almost every scene instead of showing how they feel or reacting. All of them work to pack or unpack the apartment's contents, make or unmake the foundations.

The potential narrative in this art project is on the now abandoned, potentially dumped friend, female roommate Mara (Henriette Confurius). She seems to pine for, and must deal with Lisa (Liliane Amuat) leaving her. The conversations, simmering glances and passive aggressive quips allude to a romantic relationship, jealousy and cheating. All these elements are complicated by male roommate Markus (Ivan Georgiev), Lisa’s mother (Ursina Lardi), the neighbors, the mover and other characters whose open subplots are equally progressed without actually showing or doing. Mara’s cold sore and other strange details warp our understanding of the people who enter and leave rooms. They talk to each other, it could be about anything, a poetic rant about a corrupted PDF file in one instance, it hardly seems relevant at first.

The lived-in apartment tells its own tale, glasses and clutter, inanimate objects that conceal as much as they reveal. Narrative vignettes consist of half-explained flashbacks guided by the sound or absence of it. In the apartment their position on-screen dictates the subtle power dynamics between each individual on display. Regardless they seem adrift in vagueness, with no purpose, Mara's enigmatic gaze and antisocial tendencies add a dark and perverse tension. On the surface, scenes are an absent-minded jumble of crowded tightly framed moments, the only music is a repetitive orchestral piece.

This does not sound exciting but it is strange and sincerely performed by the cast. The direction of how and where these conversations go reveal so much still unsaid in the most unique and fascinating way. Desires, tensions, and a myriad of emotions surface, affecting the apartment itself in a twist of magic realism.

The Girl and the Spider is borderline unpleasant, purposely so, but it is also operating on an entirely different wavelength, alien level communication and social interaction that is hypnotic, entrancing and ultimately meaningful once interpreted - something that would not be out of place as a video art installation, you will think about this one for days.

The Girl and the Spider is streaming right now as part of the Melbourne International Film Festival. 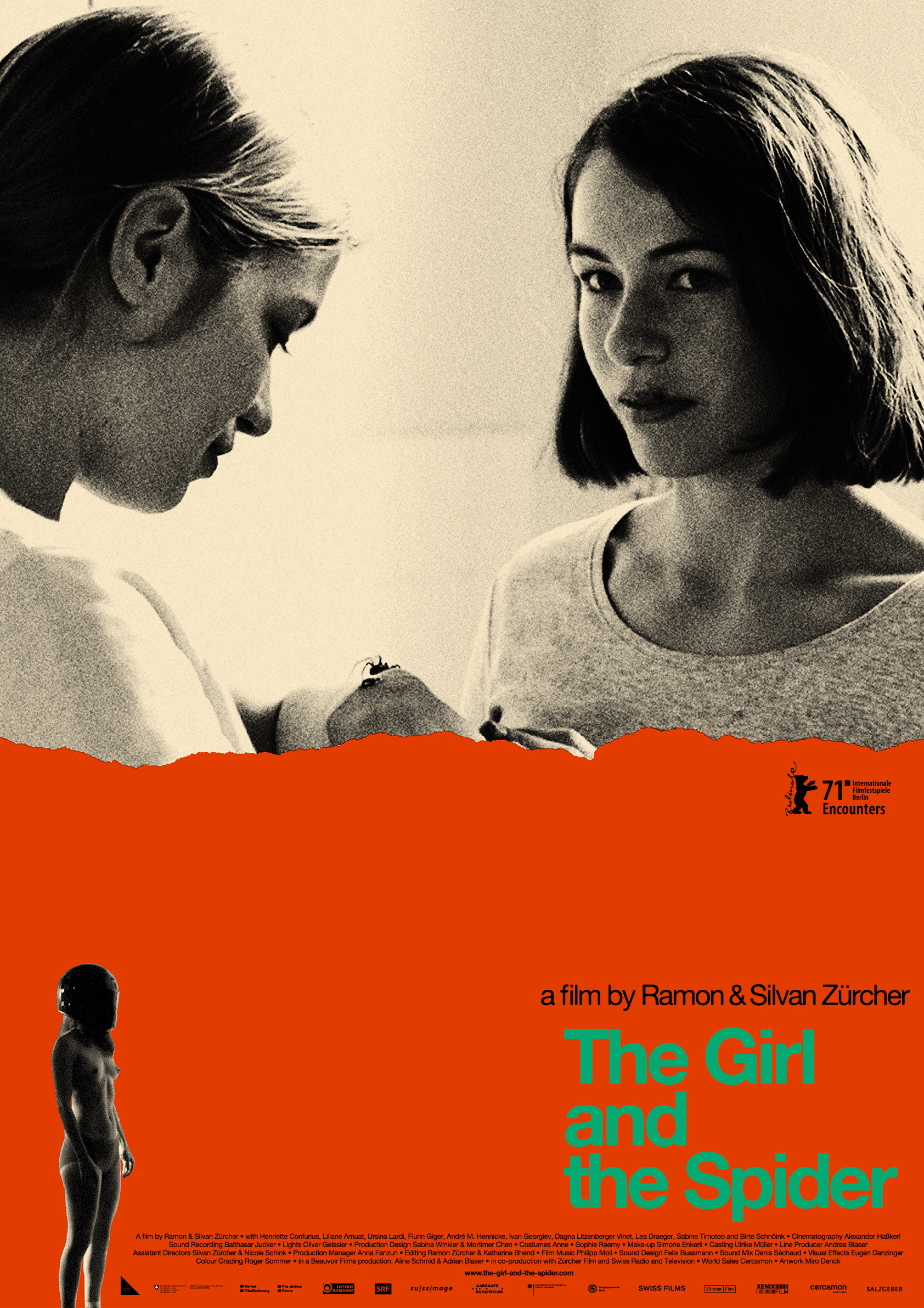 Do you feel this content is inappropriate or infringes upon your rights? Click here to report it, or see our DMCA policy.
Melbourne International Film FestivalMIFFReviewThe Girl and the Spider

More about The Girl and the Spider