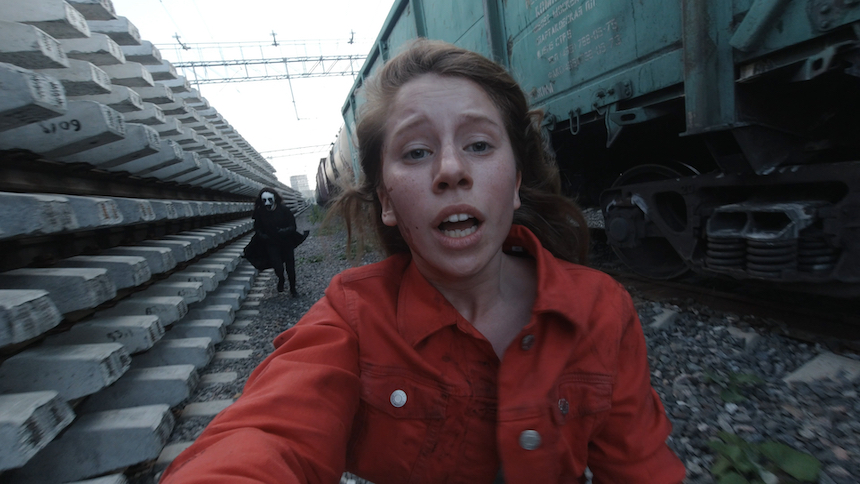 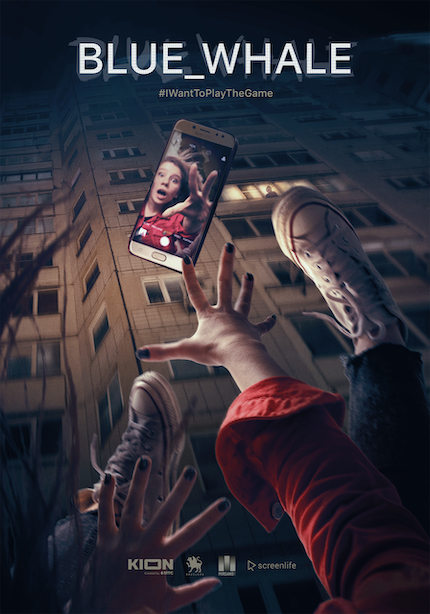 Anna Zaytseva's heart-pounding teen slasher #Blue_Whale just had its world at Fantasia 2021, and WOW. I don't really know who she is yet, but I already hope to see more from her after watching this debut.

There's not an ounce of fat on this film, and by that I mean the pace is lightning fast. It's refreshing to experience after so many slow-burn films.

With #Blue_Whale, we have an ultra-modern form of storytelling, and if you blink too much, you might actually miss something.

Not long after the film begins, a once-happy girl steps in front of a train, leaving behind a grieving mother and older sister Dana (Anna Potebnya). Something doesn't sit well with Dana, and she goes searching for clues in her sister's computer and online social media accounts.

What she finds is horrible. It turns out that an online challenge game has been responsible for the deaths of several young teens that dares and threatens them to harm themselves in myriad ways, escalating to suicide. We see this unfold through a series of videos and different online channels.

Incited to anger, Dana is determined to hunt down those responsible for her sister's death by joining the next round of the secretive game. She's so driven to unravel the mystery of it all that she completes several of the cringe-worthy challenges. And there are LOTS --- 50 challenges in 50 days. Along the way, she makes friends with a few of the players, a boy she sparks to in particular. (He's got the look of a super-young Tom Hiddleston.)

As she descends deeper into this technological underworld of sorts, her relationship with her best friend, her mother, and even friends at school unravel. The viper's pit of maniacs controlling the game are masterful manipulators and eventually, Dana collides with them in harrowing encounters that could mean death. The lead up to the finale will have your eyes glued to all of the unfolding screens within your own screen.

These actors are legitimately great, and I can see all of them going on to global acclaim in long careers. Watch these kids.

Timur Bekmambetov co-produces in the same kinetic screenlife style as his other thrillers Searching, Profile, and the Unfriended series. Normally, I'd write that this is the kind of film that's even scarier because it could actually happen...

However, this story is based on a series of real cybercrimes, apparently responsible for over 100 deaths in Europe. Yikes; talk about disturbing. Though not quite an urban legend, the lead villain has the styling of one; these real crimes inspired the Japanese Momo hoax.

I'm not sure when the world will get to see #Blue_Whale on a wider scale, but I'll be watching.

Do you feel this content is inappropriate or infringes upon your rights? Click here to report it, or see our DMCA policy.
Fantasia 2021screenlifethrillertrue crimeurban legend