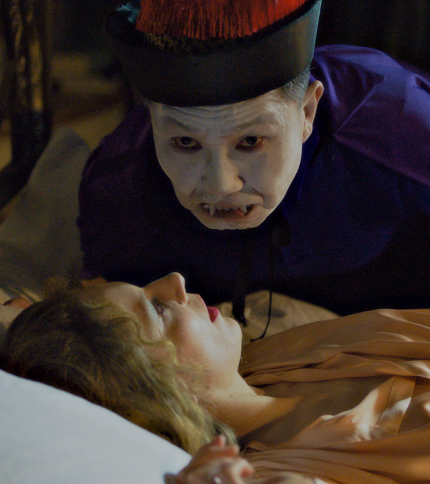 Emerging German writer-director Julian Radlmaier has already built a name for himself in a short span of his career.

His two medium-length films, A Spectre Is Haunting Europe and Proletarian Winter's Tale, did rounds on the festival circuit. Furthermore, Radlmaier's first feature-length offering, Self-Criticism of a Bourgeois Dog, earned accolades and carved a niche of self-ironic political comedy.

In his feature debut, Radlmaier played a hapless wannabe filmmaker who, claiming to work on research for the next project, ends up at an apple farm doing manual labor. The next big project of the ambitious and intelligent socialist filmmaker, before he gets turned into a four-legged pooch, is supposed to be a communist fairy tale. Bloodsuckers, the actual next project of the actual director,  actually meets the genre definition of a communist fairy tale.

Radlmaier employs trivia from cinematic history to get the gears of his narrative moving, in addition to a book club discussing Karl Marx's oeuvre, Das Kapital, on and off. Lyovushka (Alexandre Koberidze) is on the run. He is a Russian actor who was supposed to play Leon Trotsky in Serge Eisenstein´s film October. However, since Trotsky fell out of favor, Stalin asks Eisenstein to scrap him off the film. 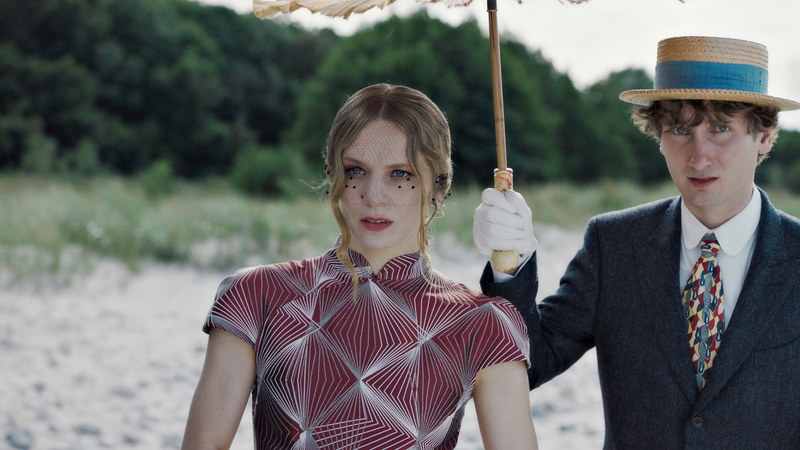 As Lyovushka's career does not take off in his home country as he imagined, he decides to try his luck in Hollywood. He ends up in a German seaside resort on the Baltic coast while waiting for a ship to cross the ocean. Being mistaken for an aristocrat in the house of a young noblewoman and factory owner Octavia (Lilith Stangenberg), the comedy of manners thrives in a triangle of Octavia, Lyovushka, and Octavia's servant Jacob (Alexander Herbst), and eventually another pursuer of Octavia's affection played by the Austrian filmmaker Daniel Hoesl, who shares Radlmaeir's left-leaning worldview.

Bloodsuckers is easily the funniest vampire film since What We Do in the Shadows. A big portion of the charm stems from Radlmaier's subversion of genre tropes that eschews the traditional practices of parody. The director claims to operate with the term vampire within the intentions of Marxist interpretation, not Bram Stoker's take on vampirism. Marx apparently enjoyed employing gothic metaphors in his writings and Radlmaier follows that lead. The approach colors the film in more intellectualizing terms, a style that the director tested in Self-Criticism of a Bourgeois Dog to, largely, success. 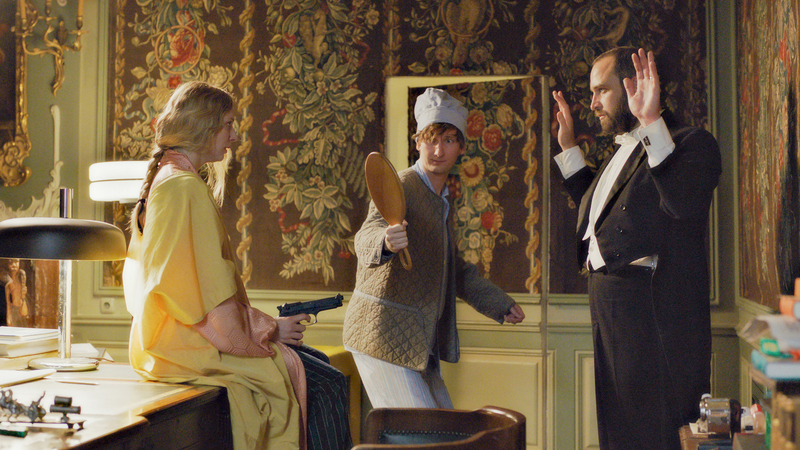 The vampire Marxist comedy marks a promotion for the emerging director, who moved from an almost DYI aesthetics of his previous feature film to a considerably swelled budget to offer a costume comedy in Bloodsuckers. In a Radlmaierian irony, the director periodically disrupts the veneer of historical film, using ridiculous anachronisms, such as motorbikes. The playful form that highlights Radlmaier´s inclination towards Wes Anderson's type of visual stylization emphasizes the film's substance of the critique of capitalism (sucking the proletariat out of its life), power relationships and exploitation and side-effects of capitalism such as racism.

Occasionally, the film hits a rough patch, tempo-wise, with its 125-minute running time, although the director compensates patience with extended sight gags. Nevertheless, Julian Radlmaier displays his talents for writing (the script won the Golden Lola for Best Unfilmed Screenplay) and directing, carving out his signature style in a crossover of Wes Anderson and Jean-Luc Godard.

Do you feel this content is inappropriate or infringes upon your rights? Click here to report it, or see our DMCA policy.
Aleksandre KoberidzeAlexander HerbstBloodsuckersBlutsaugerIFFR 2021Julian RadlmaierLilith StangenbergRotterdam 2021