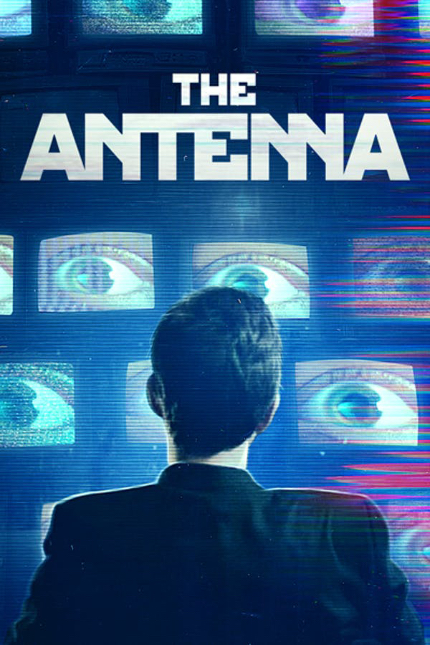 In the contemporary Turkey of President Recep Tayyip Erdogan, a once-thriving Muslim democracy has turned toward illiberalism and authoritarianism. Erdogan has expanded power at the expense of the legislature and judiciary, forcing the closure of independent media, and arresting dissenters, especially academics.

With freedoms curtailed by an autocratic leader, artists have three alternatives: censor or silence themselves, create government-approved propaganda for the Powers-That-Be, or create art that deliberately embraces ambiguity, metaphor, and surrealism. In the case of filmmaker Orçun Behram, he has chosen to create art. His first film, The Antenna (original title: Bina), is awash in critically and politically engaged surrealism, heavily influenced by Luis Bunuel, David Cronenberg, David Lynch, and Franz Kafka, among others.

Behram initially centers The Antenna on Mehmet (Ihsan Önal), the superintendent of a nondescript apartment building located in a nondescript residential area in a nondescript, unspecified city that ― with one or two notable exceptions ― the 21st century has all but forgotten. Modern technology in this unnamed city stops before the advent of personal computers or cell phones for that matter. HDTV doesn’t exist, but the forward-thinking government has invested seemingly meager funds into an experimental satellite broadcasting channel, the only one residents of Mehmet’s city and high-rise will be able to watch once a government worker installs a new satellite dish.

When the installer dies from a presumably accidental or inadvertent fall directly within Mehmet’s vision, he reacts if not with indifference or even apathy, then with the controlled or learned helplessness and slack-jawed passivity typical of authoritarian regimes. To react, to show emotion would be to recognize the existence that the government’s perfectly ordered universe is, in fact, flawed and subject to chance occurrences.

Mehmet’s passivity makes him the opposite of a typical hero or protagonist and thus, far less relatable. Outside of a young woman, Yasemin (Gül Arici), whom Mehmet befriends out of whatever little empathy or compassion he still possesses, however, Mehmet remains Behram’s choice for our viewpoint character, the first character we meet in Behram’s meticulously designed, anti-humanist world and the last one left standing when, predictably, the government’s plan for mass-scaled mind control devolves into primitive instinct and conscienceless violence.

It’s Mehmet too who discovers the black sludge secreted by the antenna. It oozes into every available orifice and crevice, hiding behind walls, contaminating the water supply, and in one fatal case, dripping into the dinner of one archly conservative inhabitant of the apartment building. The black sludge unleashes the man’s base desires to dominate his wife and daughter by any means available, up to and including violence. (A critique, of course, of the sexist, misogynist strain present in conservatism, regardless of the country of origin.).

For Yasemin, the combination of the sludge and a midnight broadcast by state authorities turns her into a virtual outsider who, like all outsiders and pariahs in totalitarian countries, must be expunged or eradicated for the body politic to survive and thrive at the expense of its citizens.

For Mehmet, it’s something else entirely. It’s both the loss of what little control he had over his life along with the dissolution of the boundaries between the real and the unreal, the subject and the objective, between dream and nightmare, and ultimately the loss of individuality and personality to a vast, hive-like collective. (Resistance is, indeed, futile.) Behram crafts a series of increasingly disturbing, increasingly horrific images, from Mehmet becoming a 20th-century cyborg, to a labyrinthine hallway choked with the detritus of 20th-century tech, to a room filled with rows and rows of old-school displays perpetually broadcasting the state’s Big Brother message of total, inevitable control and the elimination of the state’s enemies.

Mixing, matching, and blending Cronenberg’s body-horror, Lynch’s surrealism, and Kafka’s anti-totalitarianism, Behram’s influences are often too easy to spot and perhaps too easy to dismiss. Given the inherent limitations of attempting to make a film, any film, in an authoritarian country, a direct, realistic, or naturalistic approach probably would have ended Behram’s career before it properly started.

Behram’s smartly conceived and executed censor-skirting, metaphorical approach has antecedents in Luis Bunuel’s work in Spain and Mexico or Carlos Saura’s similarly oblique, elliptical filmography made under Franco’s dictatorship. A film like The Antenna, may not always be particularly subtle or as profound as Behram intended ― at least not to Western eyes ― but at least Behram made the film he wanted to make with the message he wanted to convey to Turkish- and non-Turkish audiences: It can happen here, there, and everywhere.

Review originally published in October 2020, when the film opened in U.S. virtual theaters. The film is now streaming on Shudder.

Do you feel this content is inappropriate or infringes upon your rights? Click here to report it, or see our DMCA policy.
Elif CakmanGül AriciMurat SaglamOrcun BehramShudderTurkey

More about The Antenna