Rose Byrne stars in the exceptional series, created by Annie Weisman, which will stream exclusively on Apple TV+, debuting soon. 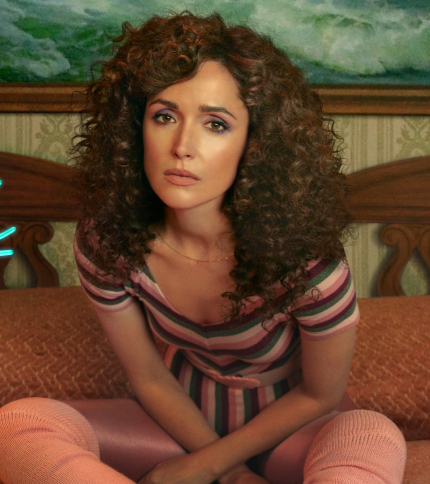 The 80s were a blast! Or, a bummer. Or both. Or, maybe, something else entirely.

Physical
The 10-episode series will make its global debut on Friday, June 18, with its first three episodes, followed by one new episode weekly, every Friday, exclusively on Apple TV+. I've seen all ten episodes.

Crafting a clever and affecting alternative history of the early 1980s through the eyes of a woman who is ready to break free from a state of stagnation, Physical tells the empowering tale of Sheila (Rose Byrne), a woman whose life is not her own.

Initially hinting at future success in 1985, the show quickly rewinds to 1981, where it spends the balance of the first season. The place is San Diego, a growing seaside city in Southern California that had not yet become overgrown with people and businesses. This is where Sheila lives with her husband Danny (Rory Scovel), who is about to lose his job, and their young daughter Maya.

Fully occupied by a daily routine that includes dropping Maya off at child care in the morning and then spending the balance of the day running household errands and inevitably surrendering to a dangerous binging/purging food addiction cycle, Sheila's life is out of control. We hear her thoughts in a steady stream of voiceover narration, which consistently provides clues about her inner life, daily guilt due to her own perceived failings, and her higher goals for her family and for herself, even as she is compelled to do the opposite in reality.

Danny, of course, is entirely clueless about Sheila's daily anxieties, which have led her to drain the family banking accounts as she desperately seeks answers for her gnawing unhappiness and dissatisfaction with the status quo. Danny, secure in the knowledge that the family has a large savings account -- it doesn't anymore -- decides to plunge back into politics.

Danny's ignorance of the family's true financial situation points to his own perspective as the ostensible, self-appointed boss who believes he has every right to rule over his domestic household as he sees fit. (He stretches out his arm whenever he wants his coffee cup refilled, confident that Sheila will do her expected duty and fill it for the lazy, ungrateful bastard.)

For her part, Sheila does not, apparently, love Danny anymore; she fell in love with him in their liberal-college student days in the late 1960s, when they were both idealistic and self-assured, but now she gives little clue that she actually feels strongly about him as an individual or as her life-partner. Danny remains far more self-assured than he should be, considering his own limitations, while the far more capable Sheila has almost no self-assurance or self-confidence at all.

If you're thinking: this doesn't sound like a straightforward dramatic narrative, you'd be right. Physical instead peers closely into the life and dreams of Sheila, portrayed in an arresting and consuming performance by Rose Byrne, who wrests emotions from deep within her soul, feelings that are expressed in tiny facial gestures or in the way she talks and walks. She is carrying tremendous burdens, and is trying to do what is expected of her, what was expected of every woman in 1981 San Diego and across America and other developed countries that were still reeling from the dizzying changes and expectations that the 1960s had wrought around the world.

In the world of Physical, the 1970s served as a buffer zone, a decade between times of protest and changes and the start of an era in which idealism gave way increasingly to consumerism and a growing conservative movement. Personal political passions were subsumed in favor of renewed attention to family life and materialistic self-fulfillment. In 1981, Ronald Reagan began his first term as U.S. President, and U.S. citizens dealt with a return in politically conservative behavior and culturally-traditional expectations. (Witness the blooming of the action blockbuster era in motion pictures.)

Series creator Annie Weisman sets Physical as an entirely fictional, alternative accounting of the birth of the aerobics movement, which gained acceleration and widespread acceptance after Jane Fonda released her workout video in July 1982. It's as though Weisman imagined: what if Jane Fonda wasn't a movie star, but instead a stereotypical desperate housewife?

The series spins and kicks and whirls throughout the following episodes, as more and more bystanders on the outskirts of Hurricane Sheila get wrapped up in what is happening to her. This includes insights into the experiences and perspectives of people like Greta (Diedre Friel), a wealthy woman who runs a local child care facility; Bunny (Delia Saba), a fitness instructor; Tyler (Lou Taylor Pucci), a surfer dude/emerging video-maker; Simone (Ashley Liao), a naive campaign worker; Zeke (Ian Ousley), a smarmy political operative and fellow Berkeley veteran; and John Breem (the always-fascinating Paul Sparks), a successful Mormon businessman who is experiencing a crisis of conscience.

The rich cast of supporting characters add multiple distinctive flavors, all drawing upon the type of people who lived in Southern California in the early 1980s -- to which I can personally testify -- and I would love to know and watch more about each and every one of them.

Sheila, though, as captured through an extraordinarily nuanced performance by Rose Byrne, is the one who provides the unsteady center to the series. We keep waiting for her to explode, or do what she is fully capable of, if she can only get out of her own way, or push enough people aside to get there. And she will, she will; just give her a few minutes. 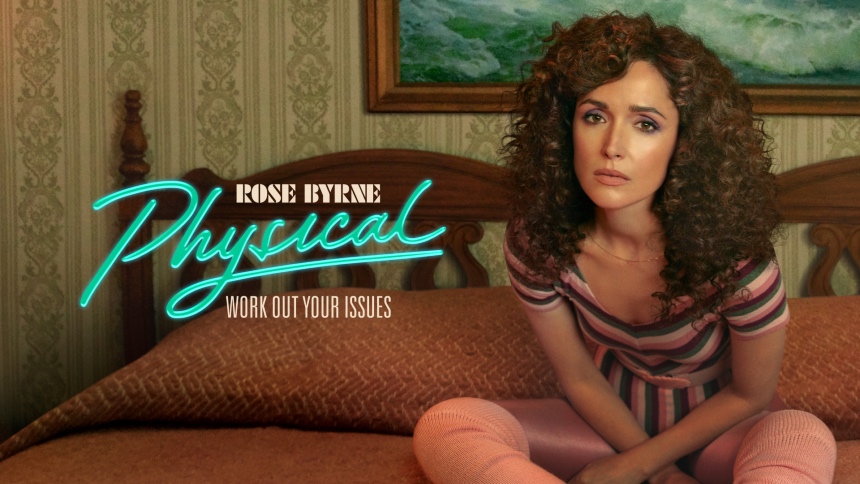 Do you feel this content is inappropriate or infringes upon your rights? Click here to report it, or see our DMCA policy.
Annie WeismanApple TV+Rose ByrneUS