Review: AWAKE, An Insomniac's Worst Nightmare to the Nth Power 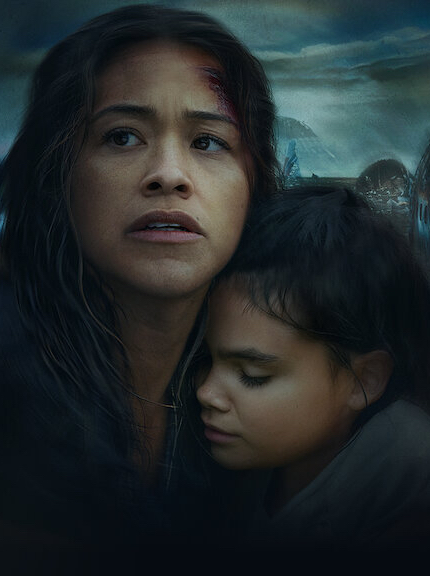 Whether intentional or accidental (the latter far more likely than the former), science-fiction/horror/fantasy stories set in a pre-, post-, and everything in between apocalypse automatically gain the “prescient” or “timely” label.

A slickly efficient, modestly budgeted lo-fi sci-fi/thriller conceptualized, shot, and edited by co-writer/director Mark Raso (Kodachrome, Copenhagen) more than a year before the ominous news of a new, deadly virus started to appear in mainstream media, Awake broadly falls into both the prescient and timely categories, mostly because it’s set after an unspecified extinction-level event radically leads to the end of the modern or post-modern world as we know it. Survival of the fittest no longer means the strongest, the smartest, or even the most adaptable, but not losing your mind when permanent insomnia becomes the norm for homo sapiens.

Raso’s protagonist, Jill Adams (Gina Rodriguez, Jane the Virgin), may not, like Tom Cruise’s character in Steven Spielberg’s War of the Worlds 16 years ago, win any Parent of the Year Awards when Raso introduces Jill to viewers, but her Army experience, specifically working with a government-aligned psychiatrist, Doctor Murphy (Jennifer Jason Leigh), on so-called “enhanced interrogation techniques” during one of our recent, overlapping wars/occupations abroad, puts her in a unique position to handle the events at the center of Awake, a worldwide cataclysm that renders electronic equipment, no matter how small or how large, useless, and more importantly, turns homo sapiens into sleep-deprived, violence-prone insomniacs.

Sticking closely to Spielberg’s War of the Worlds’s fruitful template (first the apocalypse, then the possibility of family reconciliation), Awake puts Jill’s strained relationship with her two children, Matilda (Ariana Greenblatt, Love and Monsters) and Noah (Lucius Hoyos), front-and-center as the world around them falls apart. Raso contrasts Matilda, a non-judgmental preteen, with Noah, a sultry, resentful teen who blames Jill for her inability to hold it together after the loss of their father (presumably in combat) and retain custody.  Raso, however, doesn’t make Matilda and Noah’s grandmother and legal guardian, Doris (Frances Fisher), a villain of any kind, just someone doing her level best to provide her grandkids a stable, secure home.

To his credit, Raso wastes little time in setting up the core characters or their relationships before the event -- Awake hints at an explanation, but leaves it unconfirmed well past the closing credits -- sending  Jill, Matilda, and Noah off the road and into a nearby lake when everyone and everything loses power. Retreating to Doris’s home to recover, Jill doesn’t realize, let alone suspect, the extent of the power outage, almost blissfully returning to her night job at a local university lab.

Before long, though, Jill’s back on her bicycle and headed for Doris’ home and her children. She soon discovers Matilda may be unique in a radically changed world: Matilda can fall asleep while no one, including Jill and Noah, can, leaving Jill in desperate decision mode (i.e., flight or fight).

Jill’s actions set Awake on a familiar genre path, one where any encounter with the sleep-deprived can end in bursts of violence. Raso occasionally embraces the weirdness of Awake’s concept, including several chilling scenes where hive-like, cultish behavior seems to have overcome groups of 10 or 20 people, but they’re more asides or flourishes rather than essential to otherwise straightforward, somewhat predictable developments reminiscent of similar third-act plot turns in George A. Romero’s Day of the Dead or Danny Boyle and Alex Garland’s 2003 collaboration, 28 Days Later, where the appearance of the military eventually presents an existential threat to the central characters.

For all of its predictability and set pieces limited by a modest budget, though, Awake benefits from lean, efficient storytelling, a cast wholly committed to the central premise, and a climax/denouement that refuses to cheat the audience of a proper ending (i.e., as opposed to a sequel-ready one). Raso leaves plenty to explore in a brave new world of the sleepless and the sleepers, but a sequel isn’t necessary. Sometimes, some things, like what happens next with and to Jill, Matilda, and Noah is best left to an audience’s imagination.

Awake will be available to stream on Netflix as of Wednesday, June 9, 2021. 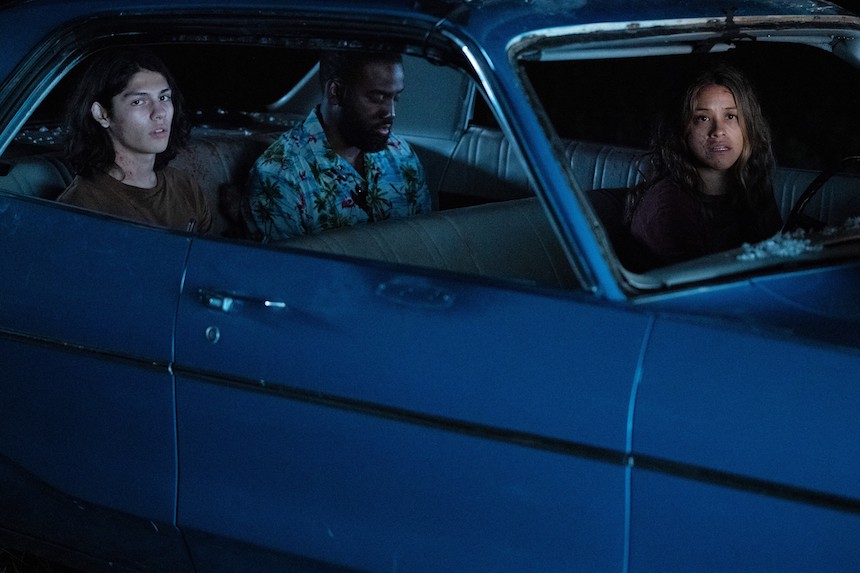 Do you feel this content is inappropriate or infringes upon your rights? Click here to report it, or see our DMCA policy.
Ariana GreenblattAwakeBarry PepperFrances FisherGina RodriguezJennifer Jason LeighLucius Hoyos