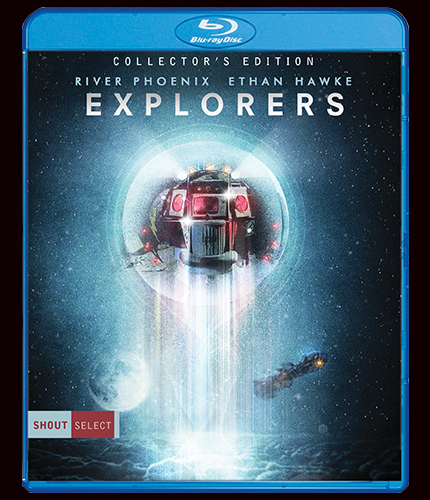 Explorers (1985)
The film is now available on Blu-ray from Shout Select.

In the summer of 1985, Explorers opened and I was eager to see it.

Primed especially by director Joe Dante's funny, genre-twisting Gremlins (1984), as well as his weird and wild segment of Twilight Zone: The Movie (1983) and his superior werewolf movie The Howling (1981), and also as a longtime science-fiction devotee, I was more than ready to disappear into what sounded like a juvenile SF adventure, according to the trailer, following three young teenagers who construct their own spacecraft and venture into space.

What I got was something that was both better than I expected and simultaneously not what I expected at all, an experience that I was finally able to recreate when I dove into a new, 2-disc Collector's Edition Blu-ray from Shout Select, which I highly recommend.

Ben (Ethan Hawke), Wolfgang (River Phoenix), and Darren (Jason Presson) form the collective protagonist. Ben and Wolfgang are out-and-out geeks who are often bullied, but come from loving families, while Darren lives with his abusive father and his father's girlfriend. They come together out of a shared sense that they are not part of the mainstream at Charles M. Jones (?!) Middle School.

Ben and Wolfgang love reading science-fiction paperbacks, which is something I can readily identify with, even though I was older than them in 1985. Darren is open to the ideas they speak about with contagious enthusiasm; Ben is more wide-eyed and idealistic, while Wolfgang favors a scientific approach. Ben has been having wild, though very specific technical dreams that he shares with Wolfgang, who then proceeds to make them into a rough reality. Darren then becomes a scrounger and a constructor, someone who can take their ideas and refine them into something that could, well, fly!

Gentle and fantastical in tone, the film moves along easily to greater adventures, arriving at a destination where the tone skews somewhat toward unexpectedly wacky avenues, simultaneously becoming more personally touching and even poignant. I remember being surprised by where the story went, and how the film concluded, a memory that was rekindled by watching the theatrical cut, included on Disc 2.

Yet my love for the adventure was also rekindled; some loves you can never leave behind, no matter how imperfect they may be.

Director Joe Dante explains what happened from his perspective in the 65-minute documentary A Science Fiction Fairy Tale: The Story of EXPLORERS, which tells the whole tale behind the film.

Far more than a 'making of' extra,' the doc starts where it should, with writer Eric Luke, who worked at the A Change of Hobbit science-fiction bookstore in Westwood, California -- yay! I visited that store frequently in the 70s and early 80s -- and dreamed up the story. In an interview, he cites his influences, including The Worlds of If Magazine (yay! another personal fave), and explains how the script evolved and eventually reached someone who helped get it made. Ethan Hawke explains how he attended an open casting call, resulting in his first film role -- a lead.

We also hear from two production executives, who provided much insight from their insider perspectives about the studio system at the time, noting that Wolfgang Petersen was originally set to direct, until he wasn't, and how Joe Dante came on board in the fall of 1984, post-Gremlins, even though the production and post-production schedule would be difficult to meet. The film was envisioned as a summer 1985 release, which would make it terribly tight, especially since Dante wasn't even satisfied yet with the script's third act, and the studio executives eventually decided to move up the release date weeks earlier than planned, which meant that Dante wasn't able to spend the time he felt he needed to make the film he wanted to make.

Happily, Dante unexpectedly found a Beta copy of an old work print of the film in his garage, from which 33 minutes of deleted scenes are included on the Blu-ray. Available to watch with or without Dante's commentary, they are in rough shape, but give some idea of what he was aiming to achieve. As he says, some of the deleted scenes would have been cut regardless, but he does have a couple scenes that he especially regrets cutting, featuring actors Amanda Peterson and Dick Miller, who is great, as usual.
In separate interviews, cinematographer John Hora (4 minutes) and editor Tina Hirsch (6 minutes) talk about their experiences with the film, and also offer insights that I really appreciated hearing.

The theatrical trailer is also included. I watched Disc 2 first, since it features the theatrical cut, but I also watched Disc 1, which is the home video cut, which is about 3 minutes shorter, snipping out (most notably) scenes in the opening sequences. Both discs have the same extras. Two audio tracks (English DTS-HD Master Audio 5.1 and Stereo) are included, and English subtitles are also available.

Watching the film twice over two days, I fell in love all over again. Dante expresses his regrets, which makes sense: he's a creative artist, and creative artists always know what they were trying to achieve, and must live with the fact that their dreams of what might have been will always live in their brains.

As for me, I still love the movie. Really, I think I love it even more now. 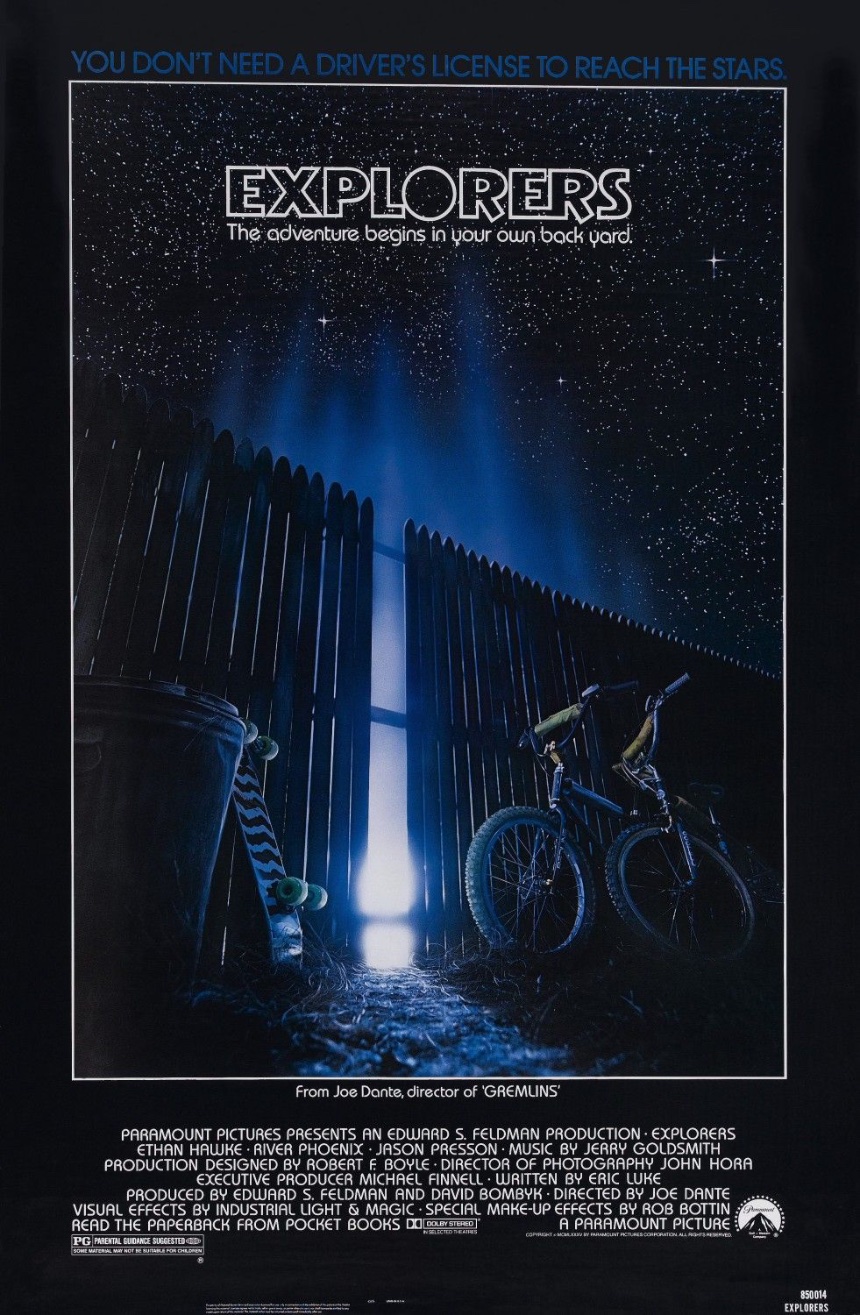