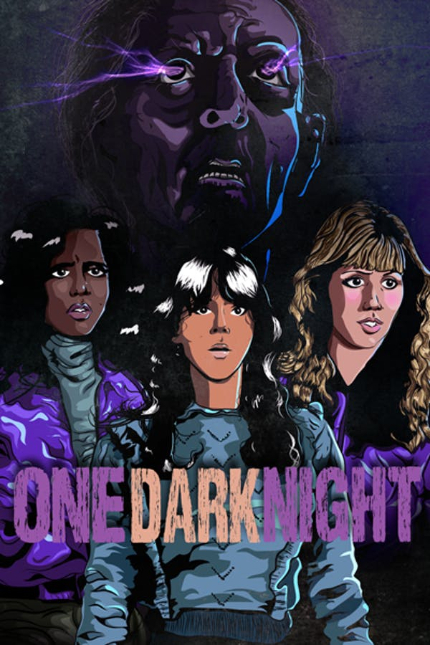 Sheltering in place can sometimes lead to many dead bodies, especially when telekinesis is afoot.

Before Steven Spielberg's Indiana Jones and the Temple of Doom and Joe Dante's Gremlins raised an uproar, distributors found a safe haven in the "PG" rating throughout the 1970s and into the early 1980s.

Taking effect on November 1, 1968, the voluntary MPAA film rating system initially included an "M" rating -- "Suggested for mature audiences - Parental discretion advised" -- which was renamed "GP" in 1970. A further advisory, "some material not generally suited for pre-teenagers," was added in 1971, and the rating was renamed "PG" in 1972. The advisory was reworded as well: "Parental guidance suggested -- Some material may not be suitable for pre-teenagers."

That left a lot of wiggle room for producers and/or distributors who wanted to avoid an "R" rating which, theoretically, "required" anyone under the age of 17 to be accompanied by a parent or adult guardian, and thus potentially limiting the audience. (In practice, the rating was rarely, or lightly, enforced, depending on the theater and location.) As the decade progressed, the content became more intense, especially as regards horror movies, such as Philip Kaufman's Invasion of the Body Snatchers (1978).

As pointed out by Nathaniel Thompson in his review of the Kino Lorber Blu-ray at Mondo Digital:

"Young horror fans who weren't old enough to see R-rated movies in the early '80s actually had a pretty good deal going with the PG rating, which still allowed titles like Poltergeist, the Jaws series, and some pretty twisted Disney films providing some good traumatic thrills before the PG-13 rating came into existence. One of the strongest of this cycle was One Dark Night."

Meg Tilly stars as Julie Wells, a teenager in Southern California who accepts a dare to spend a night alone in a mausoleum so she can win admission to a trio of girls who style themselves as leaders at their high school because they are snobs and wear flashy jackets. Set in the present day, it's something straight out of the 1950s, but it's all a set-up by the filmmakers for a practical-effects freak-out of the highest, low-budget order in the third act.

Tom McLoughlin, who would shortly take on a horror legend in Friday the 13th Part VI: Jason Lives (1986), made his feature directing debut, co-writing the original script with Michael Hawes. The opening scenes introduce a major crime scene in an apartment, where household objects have somehow become embedded in the walls, and a pile of fresh dead bodies has been discovered in a closet.

The apparent culprit is a mysterious psychic, Raymar, who is also found dead in the apartment and laid to rest at a mausoleum. His daughter, Olivia (Melissa Newman), learns that her father professed to have telekinetic powers, much to the disbelief of Olivia's dapper husband, Allan (Adam West). While she investigates further, the action switches to a local high school, where we meet the previously-mentioned trio of snobbish girls: Carol (Robin Evans), Leslie (Elizabeth Daily) and Kitty (Leslie Speights).

We're also introduced to Julie Wells, a responsible young woman who is enjoying the affections of her classmate Steve (David Mason Daniels). Because Steve formerly dated Carol, she is determined to exact her wrathful vengeance upon Julie. In turn, Julie wants to join the "Sisters" solely to counter her image as a "good girl," much to the consternation of Steve.

Tilly caught my eye and emotions in Tim Hunter's Tex (1982), a superior teen drama that Roger Ebert awarded four stars. Yet he did not mention Tilly, whose quiet performance burned itself into my heart. She seemed in that picture like an authentic, honest and sincere young person, which she captures again here, especially in the oceanside scene where her anger flashes as she tells him of her determination to establish her own reputation.

The teenage tribulations proceed in expected fashion throughout the first act of the film before increasingly mixing in foreshadows of the telekinetic terror to come. Because it avoids needless R-rated elements of the period in the early going, One Dark Night feels fun and fairly light-hearted, but the gravity grows dark rather quickly as events fly out of control. I was surprised at how plentiful the dismembered bodies become, even if they are mostly the skeletal remains of long-dead people.

Released in U.S. theaters in February 1983, the film arrived a few months before Richard Franklin's Psycho II, in which Tilly more than held her own in the presence of Anthony Perkins, Vera Miles, and Dennis Franz -- himself fresh off his turns in Brian De Palma's Dressed to Kill (1980) and Blow Out (1981) -- and then, two months after that, in Lawrence Kasdan's The Big Chill, she acquitted herself well as the younger girlfriend of the suicide victim who kicks off the storied reunion.

Tilly earned an Academy Award nomination for her dramatic supporting performance in Norman Jewison's Agnes of God (1985) and continued to compel attention in a variety of roles, including personal favorites The Girl in a Swing (1988), Leaving Normal (1992), and Abel Ferrara's Body Snatchers (1993), for the next 10 years before retiring from acting to enjoy raising her children. She came out of retirement about 10 years ago and has since accepted occasional roles.

Making allowance for the limitations of the budget, One Dark Night shows good imagination and reaches a satisfying conclusion, though, as always, I wish the film had more Meg Tilly.

Do you feel this content is inappropriate or infringes upon your rights? Click here to report it, or see our DMCA policy.
80sAwesome 80sMeg TillyShudderTom McLoughlin