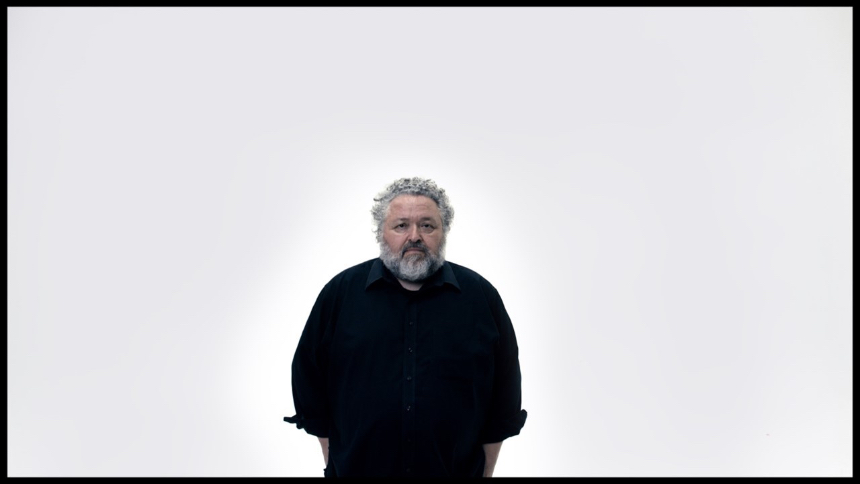 Watching the Bergman Brothers' wide-reaching, yet fleet documentary, Mau, on the life and career of Canadian super-star architect and designer Bruce Mau, I could not help but think of the final scene of Shaolin Soccer.

After having won the big match, Stephen Chow's upbeat character is shown walking down a clean urban avenue, smiling at what he has wrought by living his values. All the urbanites are seen causally using martial arts to efficiently go about their regular day with joy: from catching the street car, to parallel parking, to triming a sidwewalk hedge. The shot eventually pans upward to a billboard emphasizing the global embrace of the martial arts ethos.

Bruce Mau wants has a similar vision with good design. Not just having thought out architecture, functional objects that follow form, or clean typesetting (See: Gary Hustwit's timelesss Design Trilogy for more on these things), but essentially: intuitive rules for a good life. He is introduced on a blank slate of a white backdrop seated on a small stool looking directly at the camera, Interrotron style.

This is cut against him wandering about the space yo-yo-ing a vintage slinky. With his greying curls, baby face and long beard, Mau looks like a cross between Orson Welles and Jon Favreau. Here, he is being given instructions by the two directors from offscreen; it their first film, they are clearly Errol Morris fans; but he feels more the director here than the subject.

Growing up in Sudbury, at the edge of civilization (a fact repeated many times in the film, that it was just unbroken Boreal forest from his parent's property line to the Artic Circle) with a drunk and violent father who toiled in perpetual darkness in the regions nickel mines, Mau has built his like in the opposite, worldly and in the spotlight, with a casual comfort and intimate ease with his intelligent wife and engaged, university aged daughter.

The film is interspersed with, not quite chapter titles, but something like it: Little slogans seen on buttons from his 2004 Massive Change exhibition. It makes the documentry feel as a self-help guru as it does a biography. It walks this line in a satisfying way because Mau has always been at the centre of bombastic, yet down-to-earth projects.

The film gives a guided tour of his career, from luminaries and colleagues, even bigger names than his, Frank Gehry and Rem Koolhaus (albeit, my favourite talking head here is Toronto artist James Lahey, who is channelling George Carlin with foul & florid hyperbole). From the massive Architecture door-stopping tome, S, M, L, XL, to Coca Cola's expensive play for global sustainability branding, to even bigger idea-beasts like redesigning the self image and psychological make-up of the country of Guatemala, or even further,  a 1000 year design plan for the centre of the Muslim world, Mecca.

Not every project Mau has undertaken has been successful, but they have always been engaging and fruitful insofarsas leaving breadcrumbs for the next thing. Sure, Coke still litters with world with PET bottles, and Guatemala's politics are still, well, you know, politics. Even at its most minimal effort, where MOMA asked Mau to do a rebrand, and he told them point blank, that the current branding was already perfect, is that doing a job? Somehow it feels like it, even if that job was validation.

His Massive Change exhibit from 2005 was in the process of a second wind via ubiquitous Chinese funding, escalating from the meaning of 'design itself' to the future of the human race, Massive Action.  But it goes into a holding pattern (in the film world, this would be called Development Hell) due to Canada-China relations via extradition arrest of Huawei CFO Meng Wanzhou.

Bruce Mau's "Fact Based Optimism" allows him instead to focus on his own health and domestic ecosystem, just in time for COVID-19 anyway. His attitude is infectious without being show-offish, but the guru element is unvarnished and may give some pause. It is a tightrope that Mau the film does a commendable job of being about the man, but even moreso about the vision. It is superior kung fu.