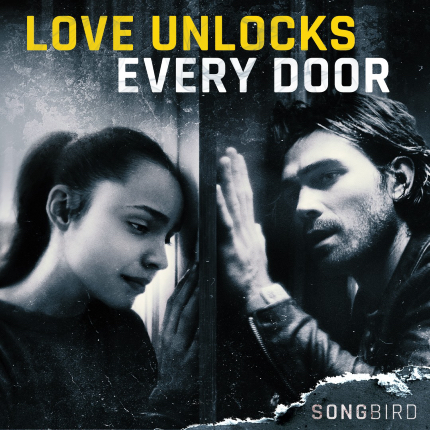 Everyday reality gets turned upside down by a single case.

Longtime followers of genre filmmakers Adam Mason and Simon Boyes might be tempted to raise their eyebrows in surprise at the idea that the creators of Broken, The Devil's Chair, Blood River, Junkie, Luster, and Hangman are ones behind a star-filled pandemic-themed thriller with Michael Bay on board as one of the producers. Even more alarming: it's rated PG-13! (OK, most of this alarm existed only in my head.)

Rest assured, however, that Songbird bears their customary, usual, and very welcome trademarks: a restless camera, an intense and jittery pace, and authentically portrayed characters who invite the audience along for the ride. All their best instincts come together in a thriller that is set in near-future Los Angeles, where the streets are deserted due to the outbreak of a pandemic.

Going in, the rating, the setting, and the cast gave me pause, which concern was soon obliterated by the quickly-accelerating and relentless pace. Nico (KJ Apa) is one of the very few people in Los Angeles who have immunity against COVID-23, which grants him the rare privilege of traveling wherever he wants. No one else is permitted to venture outdoors under any conditions, a law that is backed up by extremely militant and vigilant armed enforcement under the direction of the Department of Sanitation.

Nonetheless, scruffy Nico has managed to fall in love with the engaging Sara (Sofia Carson), who lives with her beloved grandmother (Elpidia Carillo) in an apartment. Nico and Sara dream about getting away one day, which seems to be an impossible fantasy in view of the severity of never-ending pandemic.

Meanwhile, Nico works as a bicycle courier, delivering supplies to people like the wealthy Griffin family -- wife Piper (Demi Moore), husband William (Bradley Whitford), sickly daughter Emma (Lia McHugh) -- who live in a tightly-secured neighborhood and run a mysterious, high level business that may not be entirely legal. The storyline is fleshed out by Nico's boss, Lester (Craig Robinson), Lester's wheelchair-bound security agent/drone control guy Dozer (Paul Walter Hauser), the menacing head of the Department of Sanitation (Peter Stormare), and May (Alexandria Daddario), who sings on her webcam and whose mysterious presence slowly comes into essential focus.

What begins as a rather odd-sounding collection of personalities with varying degrees of innate watchability coalesces into a compelling thriller, thanks to the very effective performances and the creative dexterity of Adam Mason and Simon Boyes (Mason directed; they are both credited for the original screenplay; they both served as producers alongside Bay and a dozen others). Though it may be impossible to dismiss the idea that the filmmakers came up with this premise when faced with a global pandemic, i.e., 'can we make a movie within the very limiting restrictions everyone is facing,' the reality is that Songbird flies forward with bracing, breathless momentum.

I believe that would be true, no matter the circumstances under which the film may have been conceived and executed. After all, Mason and Boyes are extremely familiar with making the most out of whatever resources they have available, and that experience serves them well here. 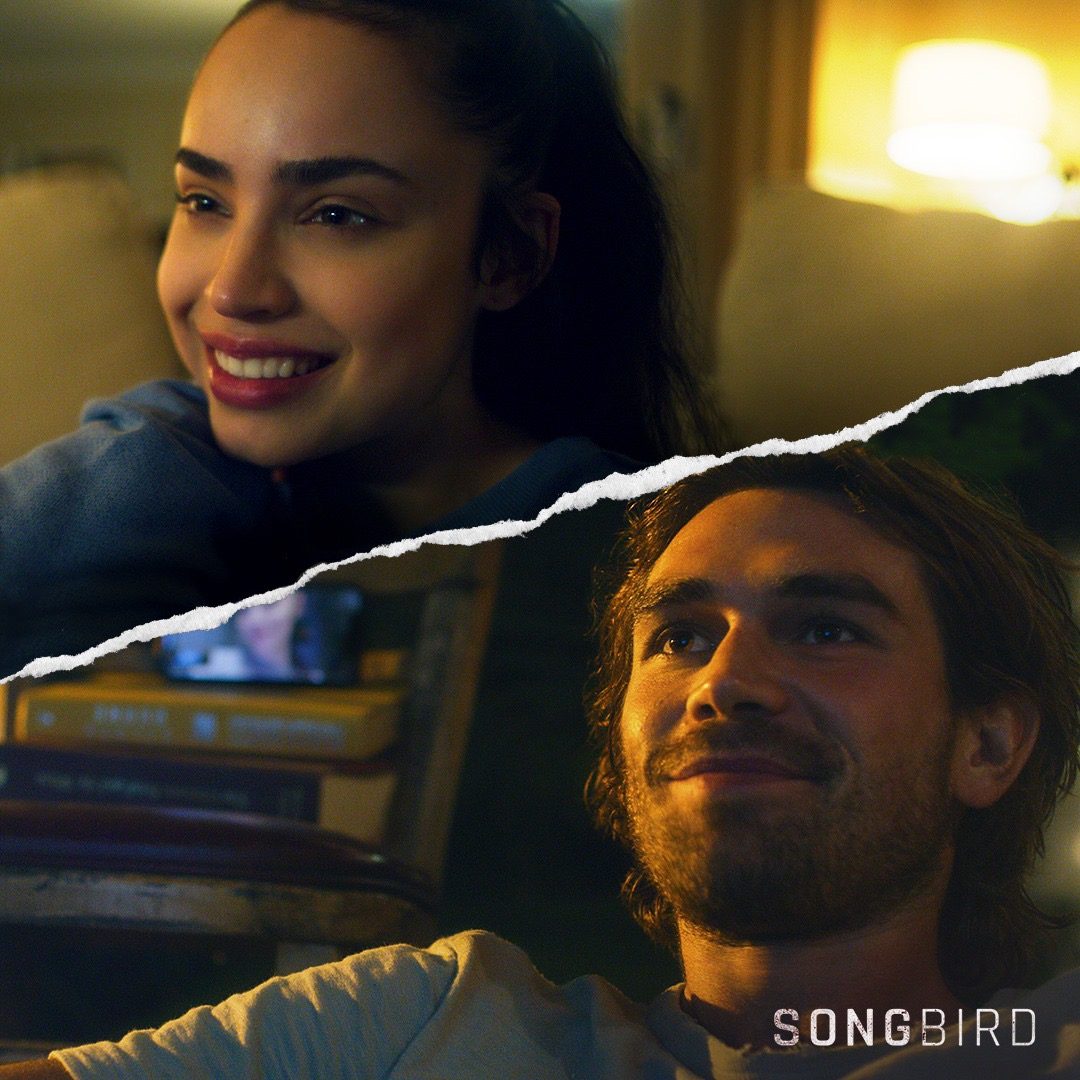