Iranian filmmakers Maryam Moghaddam and Behtash Sanaeeha follow a widow's defiance in the shadow of the state's injustice in their latest socio-political drama. 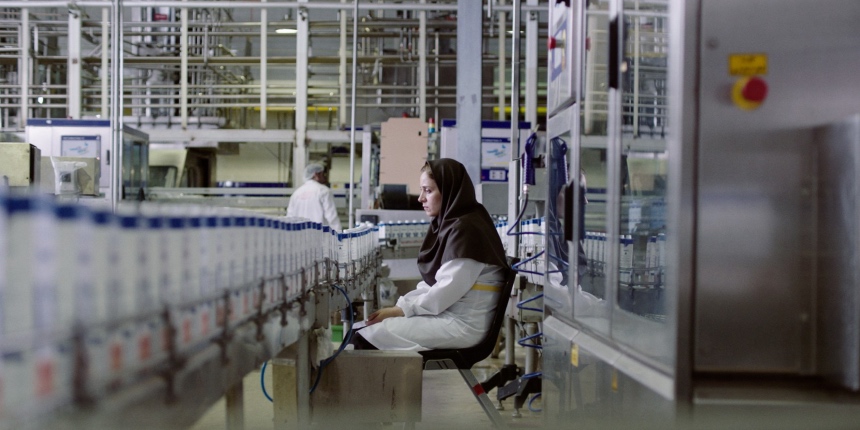 Following last year's Berlinale winner There Is No Evil, directed by dissident Iranian filmmaker Mohammad Rasoulof, another Iranian drama bowed in the main competition this year.

Ballad of a White Cow is co-written and co-produced by Maryam Moghaddam and Behtash Sanaeeha, who have already worked together on previous projects. Furthermore, Moghaddam portrays the leading character Mina, who has to come to terms with a fatal error in the country's justice system and obstacles of the gender imbalanced environment.

Rasoulof's indictment of domestic establishment in There Is No Evil and Moghaddam-Sanaeeha's drama share a strong bond and can be perceived as complementary stories. Both films start with the death penalty and both films make a clear argument opposing the use of capital punishment.

Mina in Ballad of a White Cow has to adapt to a life of a widow and therefore the stigma attached to her following her husband's execution on the basis of a murder he allegedly committed. Soon she finds out how hard is to bring up a child as a single mother in an environment governed by Sharia Law.

Once her husband is buried and she starts a new life, Mina is convoked to the justice office to be told that a mistake occurred: Her husband Babak was falsely accused and did not carry out the crime. The title refers to a sacrificial animal, and her husband just became one. The authorities take full responsibility and announce in a formal tone that financial compensation will be attributed to Mina for "a male adult." 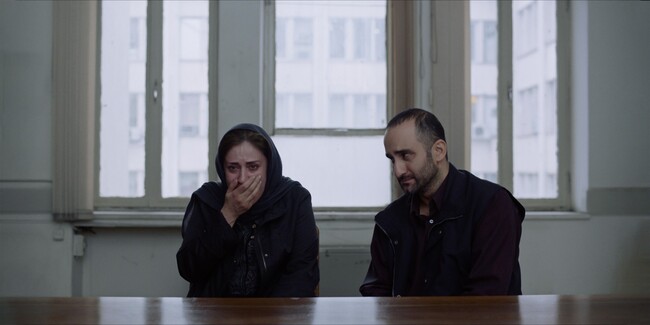 Putting a very exact price tag on a human life turns Babak really into an animal and unmasks the cynicism of the justice system that got itself swindled by a pair of actual criminals. More importantly, the very existence of the compensation protocol in case of wrongful killing by the state authorities suggests that the occurrence is systematic.

However, from this moment, Ballad of a White Cow partially detaches from the trajectory the film shares with Rasolouf's indictment of domestic political apparatus. The meaningless death of an innocent remains an ever-present reminder of the merciless and remorseless system. However, the tension grows with the introduction of a new character, a supposed old friend of Babak, Reza. Reza comes from the other side of the fence, the judicial system, and his consciousness drives him to salvage what is remaining from the disastrous situation.

The lives of Mina and Reza curiously intertwine thanks to Reza's agenda and the (originally) socio-political drama morphs into a family drama. The socio-political dimension remains materialized in the tribulations of Mina battling for the remaining shreds of justice. In addition, Mina gets to experience profoundly the discrimination based on her gender and being a single mother, which was not her choice. 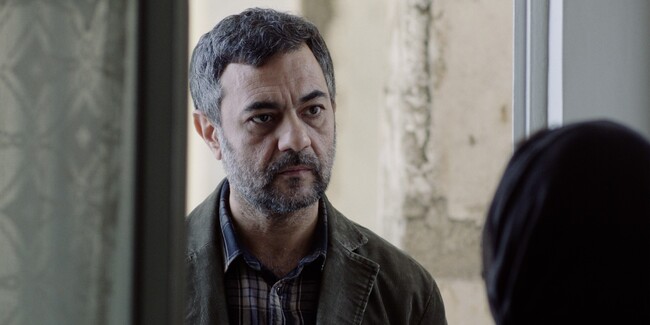 The team of Moghaddam-Sanaeeha empowers Mina as she battles against the faceless system and powers through the obstacles of the patriarchal society. Ballad of a White Cow painfully demonstrates the role and hardships of women, not only within the social context and their private life, but also within a family, as Mina is harassed by Babak's family on a suspicion that she has hidden her husband's money.

Maryam Moghaddam and Behtash Sanaeeha created a multi-layered and eventful drama, yet carefully dramaturgically polished. Despite the number of characters and conflicts, internal and external alike, the writer-directing duo keeps the plotlines clean and smooth without any narrative hiccups. Yet the film has a few moments where the writers went into dramatic overdrive where the film peaks into melodrama, the excess of emotions clouding the socio-political critique.

On the other hand, it may be an incentive to the majority audience the same way Bulgarian duo Kristina Grozeva and Petar Valchanov of Lesson, Glory, and Father operate with melodrama to crossover from pure arthouse to a bit mainstream-tinged territory. As an incentive to a larger audience, the choice seems legitimate. The first half of Rasoulof's film confronted the audience with several abrasive scenes; Maryam Moghaddam and Behtash Sanaeeha replaced explicitness with symbolic imagery. 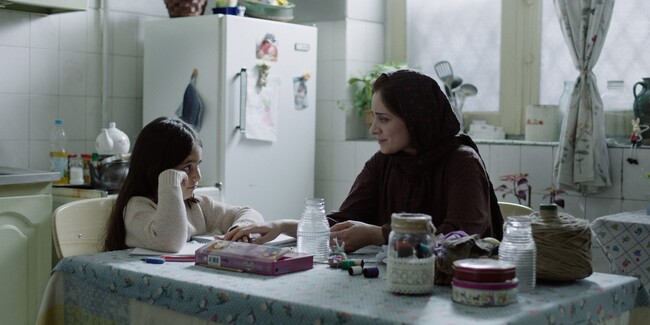 Ballad of a White Cow gradually veers into the familiar territory of Asghar Farhadi's dramas, as the plot centers on Mina navigating her life throughout a minefield of patriarchal society. Ultimately, Maryam Moghaddam and Behtash Sanaeeha´s film primarily celebrates female empowerment and regaining independence against all odds, which eventually overtakes the Ballad of a White Cow's socio-political narrative.

That, however, does not compromise the political statement against injustices carried out by the state, even though the execution of the protagonist's husband may be regarded as a narrative device that sets off her crusade.

Ballad of a White Cow premiered in the main competition of the 71st Berlinale Film Festival.

Do you feel this content is inappropriate or infringes upon your rights? Click here to report it, or see our DMCA policy.
Ballad of a White CowBehtash SanaeehaBerlinale 2021IranMaryam Moghaddam