Review: MINARI, An Immigrant Story at a Micro-level 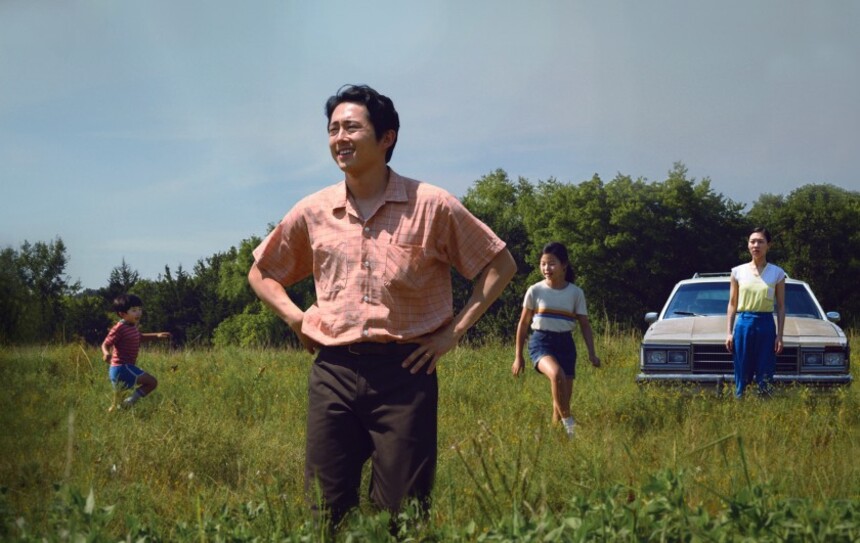 Michael Gillespie, African American film scholar, says in his book, Film Blackness: "Black filmmakers are burdened with the rope chain of 'reality' in ways white people simply aren't." I think this can apply to any POC filmmakers in America making films about their stories.

How do you go on about making a film about certain ethnic experience? Do you make it to appeal to the general public audience, who are mostly white? And how do we perceive it from the audience's  perspective? Speaking as an immigrant Korean-American male, Lee Isaac Chung’s Minari touches upon a lot of issues that Korean-American males struggle with. But in the grand scheme of things, the film operates as a micro-level family drama in and of itself, which is as personal as it gets, largely devoid of the usual immigrant struggle against the odds in America.

Minari tells the story of the Yi family. Jacob (Steven Yeun) is seen excitedly introducing a large trailer house in the middle of an empty field. Monica (Han Yeri), tries to hide her disappointment in front of their children, Anne (Noel Cho) and David (Alan Kim). It’s the 80s and the setting is rural Arkansas. Jacob moved his family from California in search of a fertile plot of land where he dreams of owning a vegetable farm.

According to the locals, we later find out, the former owner of the land blew his brains out when his crops failed. But Jacob can’t be deterred. His stubbornness is the cause of the young couple's countless arguments. Monica, accustomed to living in the city, misses human interactions and community. Their jobs at the local chicken processing plant where they work as chicken sexers (they determine if the chicks are male or female and separate them), isn’t ideal and not that different from their life in California.

Jacob’s idea is to grow Korean vegetables and sell them to Korean restaurants to nearby Korean enclaves in Dallas and other big cities. But there are some problems he didn’t account for, such as the water shortage in his plot, and unpredictable weather, such as tornados. He’s also quick to dismiss any help that comes along the way, like water dowsing or friendly suggestions from a good-natured farmhand Paul (Will Patton), as hillbilly nonsense. Jacob’s desire to prove himself and his need to provide for his family overshadow any of his shortcomings. Because of this mindset, he has no choice but to trudge forward.

Things get better when Monica’s mom (Youn Yuh-jung) arrives from Korea to live with them and take care of the children. Her presence gives a much needed moral boost and emotional support Monica needed, but to the kids, she is nothing like what a grandma is supposed to be. She is loud, vulgar and generally a bad influence. She also smells funny and force-feeds smelly medicine she brought from Korea (David has a heart condition).

It’s grandma and David’s tit-a-tat that gives Minari most of its laughs. David’s experiences seem very authentic, if not a little extreme – like peeing in grandma’s drinks. Even though David sees her as an adversary at first, they bond as time goes along.

Steven Yeun, an unlikely Korean-American movie star who started his career not playing a typical Asian character is almost on the backward career trajectory here, playing perhaps his meatiest role to date. Yeun, whose angular face and light complexion suits a cosmopolitan city dweller rather than a rural, working-class everyman profile, goes against typecasting and does a great job playing Ajussi (a middle-aged Korean man). He has the mannerisms, boorish stubbornness, stern discipline and dismissal of others in a typical Korean father figure down pat (except for drinking, perhaps).

Veteran Korean TV and film actress Youn Yuh-jung shines as an eccentric grandma who says the most inappropriate things in front of people, just to embarrass her grandchildren. She also provides the pivotal moment of catharsis for the Yi family.

Will Patton, a veteran character actor who worked with Chung in his film Abigail Harm, lends his support, playing a hick farmhand and a Jesus freak, giving perhaps the most touching, humanistic performance of the year.

Drawing from his childhood memories, writer director Lee Isaac Chung's Minari is not so much a heart-warming, uplifting immigrant story that A24 is aggressively trying to sell it as, in this award season -- the press screener comes with a lengthy introductions by a CA congresswoman and a newly elected CA senator, both second generation immigrants, no less -- as a personal story about a family and their struggles within themselves, not as much with outside forces.

Minari is a small, very personal film that is not made to appeal to general (white) audiences. Having the film mostly in the Korean language, and American cast members only in the periphery, are some of the bold choices director Chung makes. He understands that more personal storytelling from life experiences comes across as the most universal.

Then again, it’s a typical American story, reminding us that this country is a land of immigrants. The second generation immigrant director also understands that memories are selective and unique to each individual. Playing with the idea of typical and atypical immigrant family and roles, he defies that ‘burdened with rope chain of reality’ with the film. After the success of Parasite, and the popularity of Korean culture and Steven Yeun, Minari has a lot going for it. The success of Minari will define how far we came as a society that a POC filmmaker doesn’t necessarily need to adhere to appeal to general white audiences anymore.

Minari opens February 12, 2021 in select theaters and will be available on VOD on February 26.

Do you feel this content is inappropriate or infringes upon your rights? Click here to report it, or see our DMCA policy.
Alan KimLee Isaac ChungSteve YeunUSYeri HanYoun Yuh-jungSteven YeunAlan S. KimDrama