Sundance 2021 Preview: Words from Sono Sion to Get You Psyched for PRISONERS OF THE GHOSTLAND 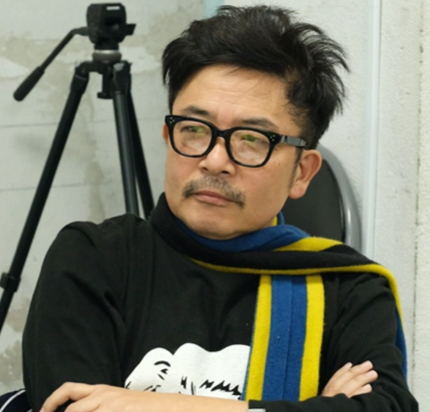 After cramming what must be hundreds of hours of Japanese cinema into his brief 59 years on this planet, poet Sono Sion is on the brink of releasing his first entry into the American cinematic landscape. Callooh! Callay! Prisoners of the Ghostland, which pairs modern cowboy favorite, Nicolas Cage, with nihilist horror bad boy, Bill Moseley, and plunges them into the hyper stylized Sionian universe, is finally on the brink of its world premiere at this year's virtual edition of the Sundance Film Festival. O frabjous day!

Typically, Sundance is available only to those willing to endure the pain in the ass of getting there -- I myself almost died on my way home from Sundance 2016 -- but this year, thanks to horrific circumstances, you can enjoy the hottest midnight premiere from your very own home!

Until recently, all we've really known about Prisoners of the Ghostland is that Sono will be having his way with the world of John Carpenter - or at least an American screenplay that loves Escape From New York. We also know that Nicolas Cage called his latest insane undertaking his wildest role to date, if you can imagine that. Now, with the film's premiere only days away, I'm delighted to report that, having recently spoken with Sono Sion over the telephone, I can add a few more words to further tease the mystery.

Since I'm of the opinion that the less you know about a film going in the better, I've kept the following interview excerpts spoiler-free, but rest assured, you're in for a delightfully fucked experience. You can expect the full interview once the film sees its official release, but until then, here are some selections pointing to some of Sono's American influences to get you psyched for this weekend. Get your tickets here!

When you got the greenlight to make your first English-language film, what about Americana were you most excited to play with? For example, the film features music from Elvis and cowboys with dusters right out of ONCE UPON A TIME IN THE WEST. Where did your mind go when you began thinking about what you could bring to this screenplay?

In some ways, Nicolas Cage‘s performance reminded me of Sailor Ripley from WILD AT HEART and I have a feeling that you’re an appreciator of David Lynch. And even though you say you made an Action/Western film, you also made a film that exists in a sort of dreamland. So I’m wondering how you feel about that particular Nicolas Cage performance and about David Lynch in general, if you like, as he seems to me to be an American soul brother of yours.

Thanks for asking. In fact, my favorite Nicolas Cage film is Wild at Heart. I love that movie. In Ghostland), Nicolas Cage's character has a bit of a naïveness to him and that is present in the character from Wild at Heart. So if I could see that side of Nic Cage in Ghostland as well, that was something I wanted to pull off. So, yes, I would say there is certainly a Wild at Heart influence for this film.

One of the only things we know about your film so far is a quote from Nicolas Cage in which he calls GHOSTLAND "the wildest movie I've ever made," and Cage, especially recently, has made some pretty damn wild movies. So I’m wondering how that makes you feel. Proud perhaps?

I think the wildest film that Nic Cage has been in is Wild at Heart so that is actually such an honor to hear that from Cage. But to be honest, I don’t really know myself.

So there you have it. Dust off your copy of Wild at Heart, which is an apt description for Sono's entire career, and prepare yourself for one wild double feature. One is a surrealistic Eastern Western. The other is an explosive love adventure. Both are passionate as fuck. I'll be back soon with more from Sono Sion regarding some of the film's more soulful elements. Until then, enjoy the flick!

Do you feel this content is inappropriate or infringes upon your rights? Click here to report it, or see our DMCA policy.
Escape From New YorkNicolas CagePrisoners of the GhostlandSion SonoSon SionSundance 2021Wild at Heart

More about Prisoners of the Ghostland