Directed by Gianfranco Rosi ('Sacro GRA,' 'Fire at Sea'), the documentary is biting and enormously affecting. 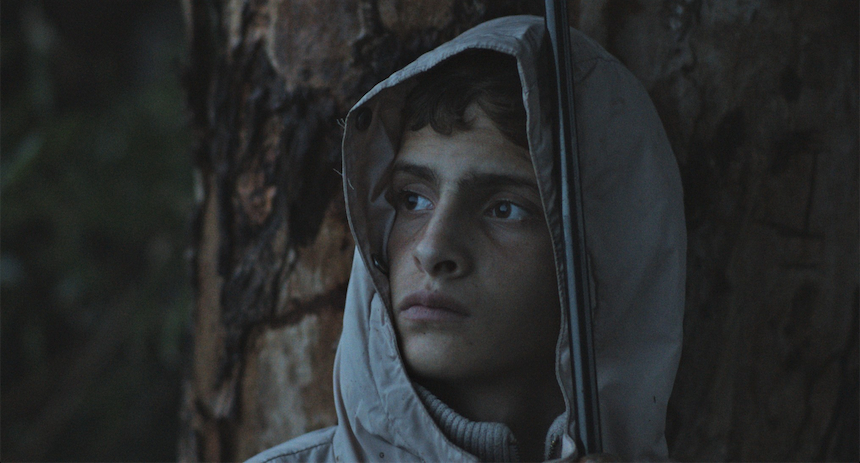 Gianfranco Rosi, the documentarian behind such astonishing work as Sacro GRA and Fire at Sea, returns with a biting and enormously affecting documentary on people living on the periphery of modern Middle-East conflicts.

Culling from footage shot in Iraq, Kurdistan, Syria and Lebanon for three years, Rosi patches together the impact that years of carnage and violence has had on inhabitants of the region, especially on children. But in Notturno, as the title implies, night precedes daybreak. Hopefully, this affected generation can break the vicious cycle and move forward.

Notturno starts with grieving mothers paying a pilgrimage to a now empty prison building where their sons were tortured and killed. One of the mothers touches the walls, saying that she feels her son's spirit. She wails again as she feels the spirit leaving.

There is an otherworldly image of a solider duck-hunting in a marshland in his little paddleboat. Two oil field fires on the horizon bathe the night sky with an ominous orange glow, as he sets the trap with a set of fake ducks in the water and silently waits. The prevailing sound in this sequence is the gunfire in the distance. There's a hunger in his eyes - no politics or war, just pure survival instincts.

Consider a young couple, dressed in western clothes on the rooftop overlooking the city, smoking hookah- the setting is very romantic. There's occasional gunfire in the distance. The young man is getting ready to do his nightly rounds as a singing messenger of god, leaving his secular day world behind. He walks around with his drum, chanting in a clear voice at night, casting his shadow under the dim street light.

There's a platoon of Iraqi women soldiers patrolling a vast outpost. They come back to the shared barracks, tie their long hair all at the same time- it is a silent, communal ritual. Then they huddle together around a small gas stove to warm up their hands. Even in harsh surroundings, Rosi sees beauty everywhere.

A doctor in a psychiatric ward where people with Post Traumatic Stress are treated is preparing to stage a therapeutic theater session. He gives out the scripts to a group of patients. These patients practice and memorize their lines in their beds, trying to do a good job for the doctor. The script is about how the colonial powers provided the settings for decades of armed conflict, government corruption and the rise of religious fundamentalists.

We move on to a very young boy in a yellow rain cover in a fishing vessel at night. He is operating the pulley. He comes home exhausted and crashes on the sofa. It seems he is the oldest of the eight siblings and is the one who provides income for the entire family. He goes out in the morning with his pellet gun to hunt for birds for food. His name is Ali and we go back and forth between the progress of the stage play in the psychiatric ward and Ali's daily life.

Then we are introduced to a muddy tent city. This is a refugee camp. Many children are experiencing flashbacks of being beaten and tortured by ISIS. They were captives of those fundamental extremists. Their crayon drawings depict unimaginable horror: decapitations, hanging, maiming, and so forth. Their teacher consoles them but is helpless to stop them from having nightmares.

Ali gets up early in the morning to stand on the side of the road until hunters drive by. They need to have someone to pick up their prey after they shoot them down. It's grueling work. In order to feed his family, though, he has to take any kind of job.

The film features not only a sense of the human toll in the region but of the broken infrastructure: river crossings are largely dependent on rickety square rafts that bump into each other; cars drive over the waterfall created by bomb blasted ravines in the middle of the road; rows of ruined empty buildings... it goes on forever like that.

Notturno ends with a close-up of Ali's incredibly youthful face, his bright eyes darting around the sky, unsure of what the future will bring. The image invokes some of the cinema's most provoking shots, such as the freeze frame of Antoine Doinel's face in The 400 Blows, Monika's dead stare in Summer with Monika and the close up of Florya in Come and See, to name a few. Then again, I am reminded that Ali is not a fictional character, but a real boy growing up in an unforgiving world.

Notturno releases in virtual cinemas in the US on January 22, followed by a VOD release on the 29.