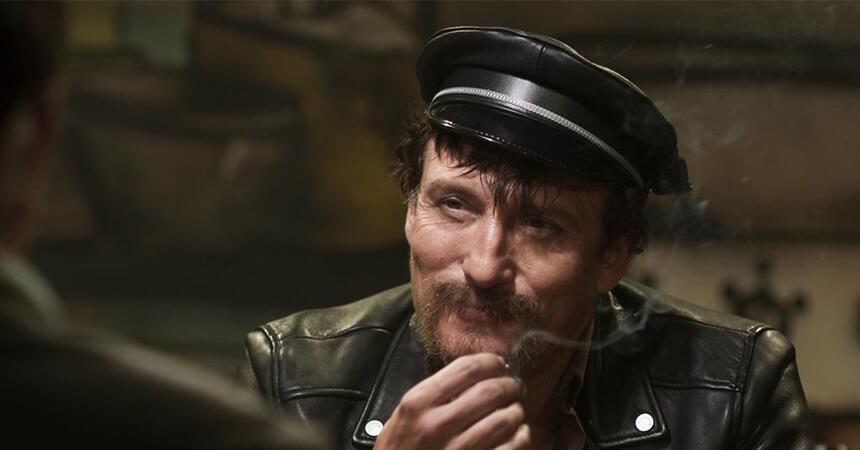 "Everyone must decide for himself whether it is better to have a brief but more intensely felt existence or to live a long and ordinary life."

Hard labor, influential outcomes, personal hijinks and occasional psychotic episodes lines the careers of iconoclastic masters. The whole package is on the display in the life of one of Germany´s most important and prolific post-war directors and scandal-mongers, Rainer Werner Fassbinder.

Fassbinder has been already the subject of many portraits and documentaries, but Bavarian director Oskar Roehler, a man behind the film Suck My Dick or the film adaptation of Michel Houellebecq´s The Elementary Particles - Atomised, is giving his Bavarian colleague an energized treatment in a highly stylized biopic aptly titled Enfant Terrible. In this case, idols won´t be toppled as Fassbinder´s drug-fueled and abuse-loaded career and private life have hardly been a secret.

The film´s title refers to Fassbinder´s reputation, legacy, and inter-personal approach to close collaborators or people on his inner orbit Roehler did not set out to mount a shiny, polished, and PG-rated monument to the titan of German cinema.

Warts and all is the approach Roehler espouses to depict Fassbinder´s audacious life focusing largely on off-duty situations to depict the other side of a tortured genius. Hardly sensationalist or salacious, but surely controversial, Roehler's take did ruffle some feathers in Fassbinder Foundation and among Fassbinder´s surviving collaborators whose characters appear in the story under pseudonyms. 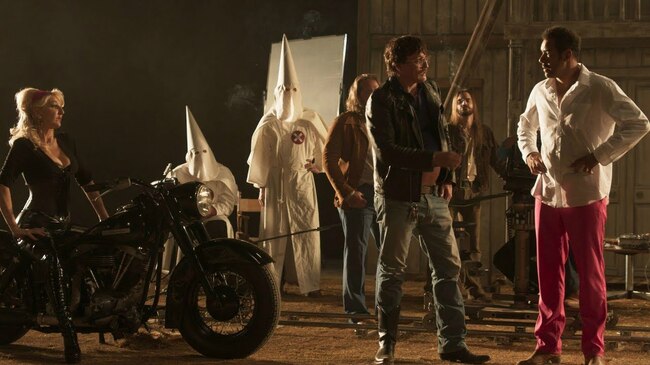 From the stage of Munich´s Anti-Theatre into the spotlight of Cannes Film Festival and to his untimely death by overdose of cocaine and barbiturates, Roehler, who co-penned the script with Klaus Richter, touches lightly on Fassbinder´s works and deep dives into his personal affairs and intimate encounters.

A creative force of nature, the Bavarian legend is depicted in a constant process of readying his next project revered and despised by his closest collaborators who lived with him and around him.

"Love is the best, most insidious, most effective instrument of social repression."

Despite Fassbinder´s relationships with women (and a failed marriage) and female collaborators, Enfant Terrible focuses mostly on male partners. Whether it is just a provocation from Roehler (there is a few along the way) or just an affirmation of Fassbinder´s identity (he came out when he was 15-years old), his turbulent emotional life and a trainwreck of relationships left in its wake fueled (in Roehler´s interpretation) Fassbinder´s visionary, influential and prolific outcome and legacy.

Enfant Terrible eschews the usual mold of a run-of-the-mill biopic dominated by a linear storyline of an underdog making it to the top despite odds and malevolent twists of fate. It certainly is not that kind of inspirational and uplifting feel-good ride aiming for a triumphant finale albeit a more honest and truthful depiction of creative process mired in blood, sweat and other bodily liquids.

The repetitive template gets switched for a more mature and less idealistic depiction spared of cheesy over-romanticization (in several departments) of what it takes to achieve the status that Fassbinder accomplished in a relatively short career. 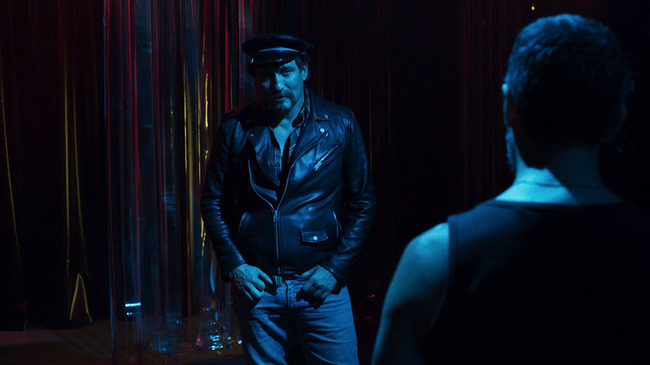 Enfant Terrible is a mess and madness, a manic-depressive seesaw of megalomania, high ambitions, a seemingly bottomless pit of personal and emotional unfulfillment coupled with untamed and effervescent affections.

The austere and neon-lit set designs and rather symbolic props by the art director Markus Schütz (who worked on the opulent series Babylon Berlin) concentrate the total attention on characters. Shot entirely in the studio, set-pieces are crudely drawn on the walls delaminating the set and center of action leaving plenty of space for imagination.

A rather Brechtian approach to art direction and stage design, Enfant Terrible is staged as a theatre play in confined spaces, allowing for larger interpretation, while the film´s cinematographer Carl-Fridrich Koschnick (Suck My Dick) works a variety of angles and expressive close-ups to capture a richly texturized whirlwind of passion, hysteria, misery, and abjection.

"People are terrible. They can bear anything. Anything! People are hard and brutal. And everyone is disposable. Everyone! That's the lesson."

A-play-within-a-film concept puts the spotlight exclusively on the protagonist and characters elevating their dynamics to the forefront. As selfish and self-consuming the legendary director might have been, his romantic entanglements, and collaborations bear oppressive and manipulative pattern in almost sadomasochistic routine according to Oskar Roehler´s portrayal. Most of the time, Fassbinder is seen as either implicitly or openly unequivocally despotic with rare bouts of manifested fragility.

The major weight of the performance is carried out in the leading role by Oliver Masucci clad in an iconic leather jacket and a hat. Masucci´s notoriety rose after his depiction of another historic person - Adolf Hitler - in Look Who´s Back. Masucci inhabits the character of Fassbinder as an egotistical yet passionate artist taking little regard for people around him, stubborn and equally uncompromising in his art and love life. 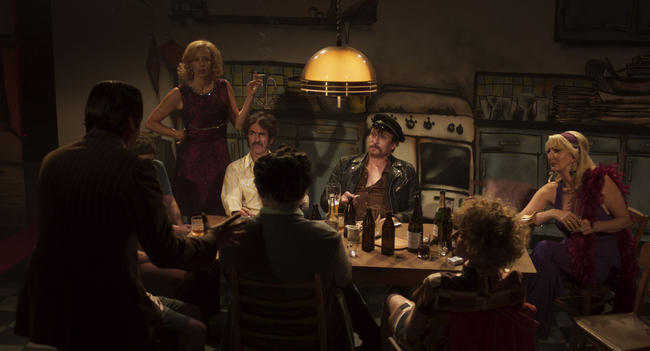 New work, new discovery, and new heartbreak constitute the rhythm of his whole life spiced up by sleep deprivation and glut of cocaine. Harry Prinz excels in the role of Kurt Raab, as the voice of consciousness before he fully succumbs to the delirium from drug addiction.

Enfant Terrible being a moderately unsanitized biopic, Roehler knows the limits and does not let himself be lured to more dubious territory. What may look to someone like a demonization of the central subject still bears latent reverence towards the man of the hour free of gullible idealization and hyperbolized adulation.

Provocative by design, Enfant Terrible is a testament to the collective effort of the seventh art while portraying the darker side of a genius. What makes Roehler evident is Fassbinder´s respect and love for underprivileged and outsiders creating a highly timely message and moral.