Review: THE MIDNIGHT SKY, Hope at the End of the World 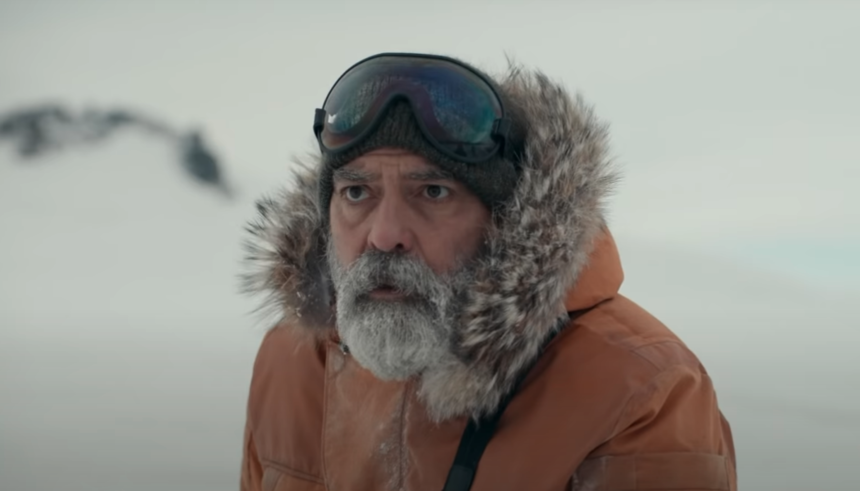 Standing as we are, as we have been for some months (or arguably years), on a precipice of the end of the human race, if not the entire planet on which we live, I assume many of us have thought about where we would want to be when the end is imminent, and how we would want to leave this existence. Beyond just our own death; knowing that nothing as we know it, and no one, will be left. Would you find some remote corner and try to survive until the bitter end? Stay with your family and let nature take its course? Or try to save one last, small spark of humanity, even if it's only temporary?

As a filmmaker, George Clooney - using his movie star clout - tries to get mainstream audiences to ponder deeper and more sombre questions than they are used to with the usual Hollywood fare. His latest directorial effort The Midnight Sky benefits from being in the right place (Netflix) at the right time (the middle of a global pandemic). While perhaps lacking the deep philosophical discussions or presentations that many would expect (it wears its ideas too prominantly on its proverbial sleeve), it nonetheless gives the space and time to at least begin to ponder the lessons we might have learned over the past several months.

Thirty years in the future, Augustine (Clooney), a renowned scientist, is the last men left at an Arctic research station. He has no family, is dying anyway, and has spent most of his life alone, so why not end it that way. At the same time, the spaceship Aether is returning from a mission to a moon of Jupiter (a possible new home for humans). After nearly two years in space, the crew of Adewole (David Oyelowo), Peters (Tiffany Boone), Sanchez (Demián Bechir), Mitchell (Kyle Chandler), and the pregant Sully (Felicity Jones) are anxious to get home.

Except, there really isn't a home to return to. After an unnamed yet cataclismic event, which means the end of all human life, has sent everyone else at the research station racing to reach their loved ones before the end (hence Augustine being alone). When Augustine realizes this, he decides to travel far across the snow to a powerful antenna, to tell the ship to turn back and save themselves, as the last of the human race.

How do you frame a story in which the stakes are at once so high, and yet, the hope is so small? How do you combine the action of both space travel and a journey across a trecherous landscape, with moments of despair, loneliness, and loss? When all of humanity is lost save these few people (therefore in a sense all of humanity is lost, even if these few live out their natual lives), what is there to hope for, except to save those last few, that they might live out some kind of life in some semblence of safety.

Its strongest moments are the quiet ones, the human ones. We watch as each of the astronauts, anxious to be home, not knowing why they can't reach anyone on earth, finds solace in hologram videos of their family, and each other. The five of them have been together so long, they are intimate with everyone's rhythms. Sully's pregnancy is one of the few sources of hope and joy. When they suffer a catastrophe, and then discover the fate of the earth and the decision they must make, they do so not with anger, but with deep consideration of people who have had to learn a different kind of patience. All of the actors are tremendous here (especially Boone, showing a maturity and vulnerability that will break your heart), none of them falling into stereotypes, creating a space of individuals and a group who exist with love and respect, even at the end.

Clooney has a knack for playing the somewhat curmudgeonly old(er) man, but he's working on a different level now. There is no sense of playfulness or humour, in his Augustine. We get glimpses of his life before, in which somewhat predictable choices have left him alone, and somehow, at this end of all things, he finds the strength to achieve something beyond just his work, something that will help someone right here, right now. (in a clever casting move, playing him in flashbacks is Ethan Peck, grandson of Gregory Peck, whose film On the Beach provides a good reference point for the story). 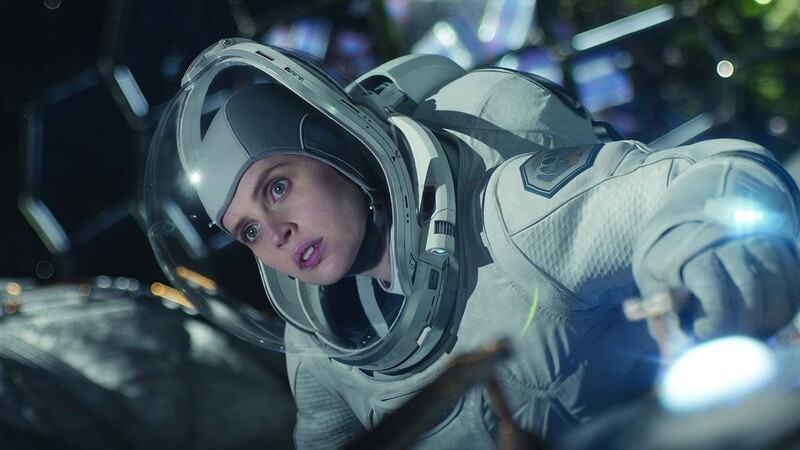 In a sense, The Midnight Sky is trying to be too many things: a sweeping epic, an introspective drama, an action-adventure. So while it is reasonable good at all of those things, it also leaves each of them lacking, as we constantly have to shift how we absorb the information. The source material is the book Good Morning Midnight by Lily Brooks-Dalton, and such changes in tone can often be more effective in literary form.

This is not to say that The Midnight Sky doesn't work, or doesn't achieve its aims. You can't help but be in awe at both the landscapes in which we are immersed: the glacial top of the world, where there is literally no life to be found except these two insignificant humans; and the equal void of space, with the last of the human race. The smaller moments, coupled with one or two of the more 'action' scenes, provided the template we need to understand how we might think and feel in this most terrible and ultimate situation.

The Midnight Sky premieres on Netflix on December 23rd.

More about The Midnight Sky