Review: OVER THE MOON, Taking Flight With the Greatest of Ease 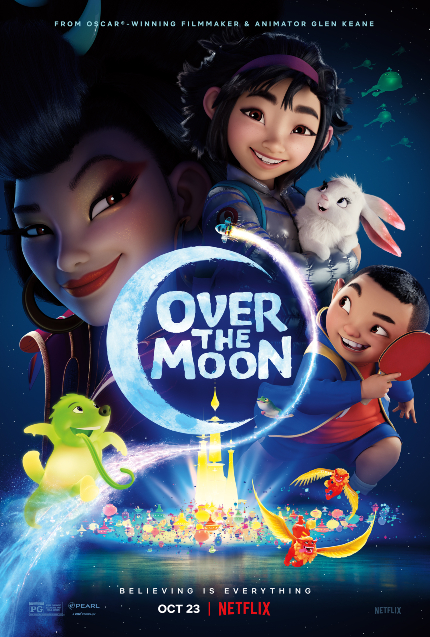 Wondrously weird and poignantly affecting, Glen Keane's feature directorial debut is the kind of movie that should be seen in cinemas worldwide.

Playful and prankish, bright and intelligent, colorful and imaginative, affecting and affectionate, the tale about a young woman who is still learning to live without her mother is the kind of movie that I would expect to be released by Disney or Pixar.

Similar to that film, Over the Moon is led by a young Chinese woman who is determined to achieve something great that others feel is beyond her grasp. Fei Fei (voiced as a teen by Cathy Ang) is still dealing with the loss of her beloved mother (Ruthie Ann Miles), even as she continues to work cheerfully at the family bakery alongside her father (voiced by John Cho).

Fei Fei has drawn especially close to Dad, while making plans to become an engineer. Meanwhile, Dad has finally moved on, and brings home a friendly woman about his age, Mrs. Zhong (Sandra Oh) -- as well as her boisterous young son Chin (Robert G. Chiu) -- to meet Fei Fei and to celebrate the Mid-Autumn Festival (or Moon Festival) with his loving family (voiced by, among others, Margaret Cho and Kimiko Glenn).

Quickly sizing up the situation, Fei Fei takes an instant disliking to the woman and becomes consumed with doing something, anything, to keep the two apart, all in the hope of preserving the precious bond between her father and her one true, late mother.

Frankly, if the narrative thereafter followed a straight line toward an expected resolution, I might have been entirely satisfied. Up to that point, the visual storytelling is very strong; we don't need to see every narrative beat in a film spelled out explicitly (and repeated for emphasis).

Rather, the filmmakers give credit to the intelligence and watchfulness of the audience, assuming that we can see between the lines and figure out what's happening, even as Fei Fei doesn't need to be told about her Dad's intentions; she's already one step ahead and deciding what she can to do to keep that from happening.

I was swept up into the film by the characters, whose personality differences are delineated with kind, affectionate eyes, and the story, which draws upon emotions that are common to all of us who have ever lost a beloved parental figure. Nine original songs are thoughtfully integrated into the plot, each with a clear intention behind it to further the narrative, not just give the kids a break.

The humor, too, ranges from slapstick to thoughtfully witty, cultural distinctions are honored, and well-choreographed action is woven into the plot. And I haven't touched on the part when the film launches into the stratosphere of imagination!

That's when Fei Fei builds a rocket to the moon and meets the goddess Chang'e (voiced by Phillipa Soo, from Hamilton) and a bumbling, yet friendly creature named Gobi (Ken Jeong).

Over the Moon may well remind certain viewers of certain other classic films, which is intentional. It's a fitting testament to the life and talents of Audrey Wells, whose script credits include The Hate U Give (2018) and Shall We Dance (2004), and who also wrote and directed Under the Tuscan Sun (2003). Wells wrote the original script for Over the Moon, sparked by a story pitch by executive producer Janet Yang, and the film expertly ties together multiple themes without hammering the viewer over the head with them.

For his part, Glen Keane's credits in animation date back to the 1970s, and include Disney features such as The Black Cauldron (1985) and Beauty and the Beast (1991), right up to Tangled (2010) and his more recent short films, including the Academy Award-winning Dear Basketball. John Kahrs (Paperman), a former colleague of Keane's at Disney, serves as co-director.

The film plays out with lush elegance and narrative simplicity. We don't always need to be told what to do. Sometimes, we just need to see it.

The film will be available to stream worldwide on Netflix as of Friday, October 23, 2020. 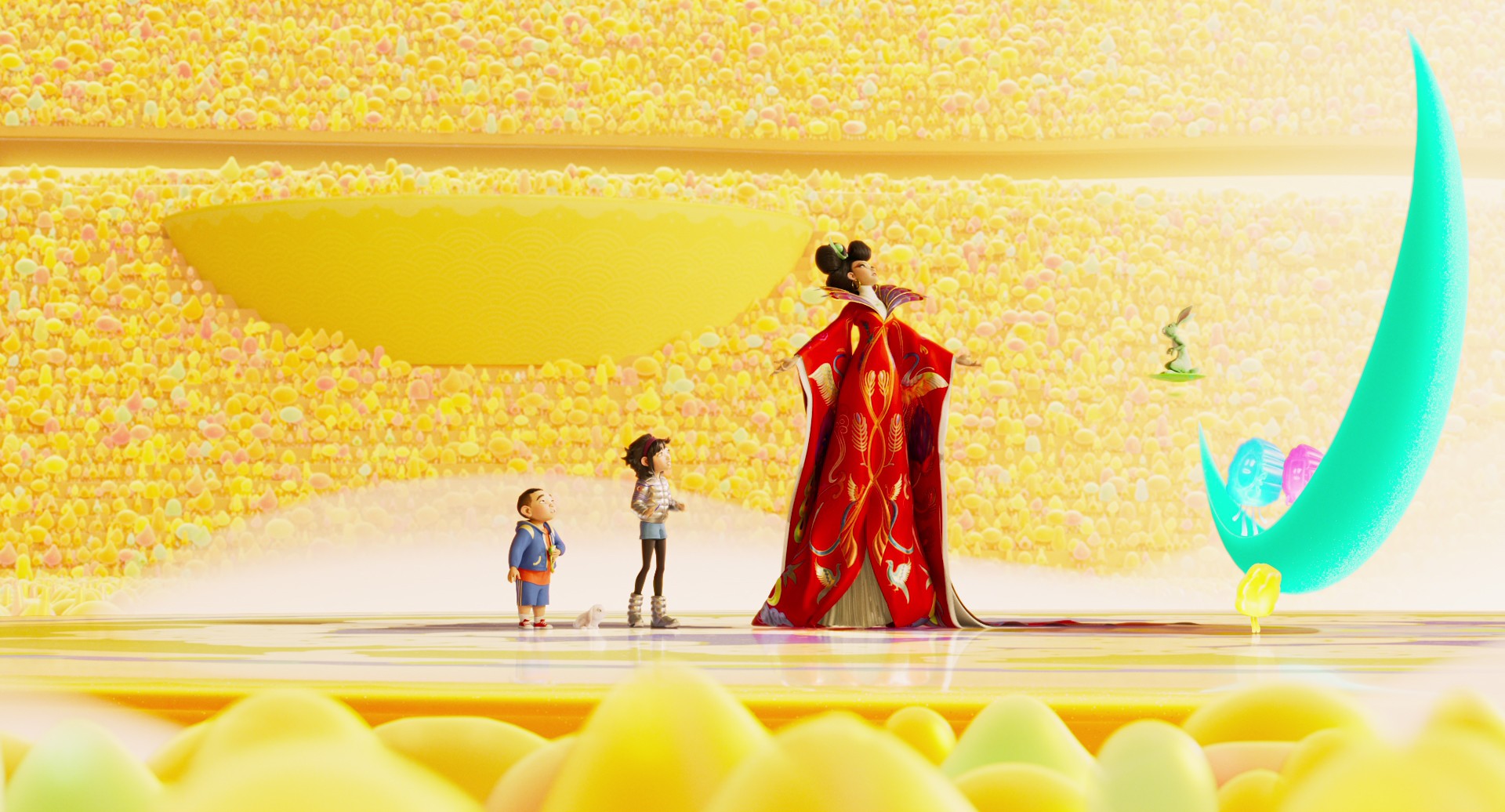 More about Over the Moon