Pedro Costa's latest masterwork is stunning to behold and is now streaming on The Criterion Channel, as part of a new collection of five of his films. 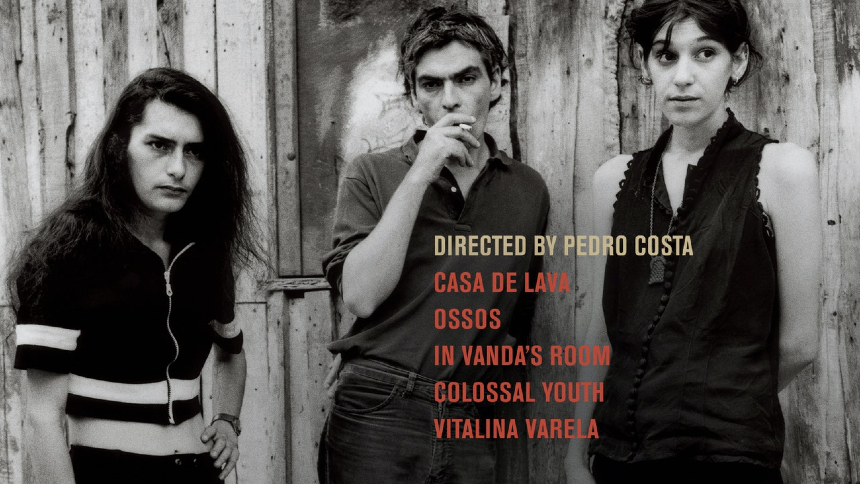 In a barely lit alley created by towering concrete slap walls, we see a funeral procession of a day laborer in the urban slums of Lisbon. So starts Vitalina Varela, another stunning masterpiece by Pedro Costa, one of the greatest living directors.

Ever since Casa de Lava (1994), Costa has been tracing the flight of Cape Verdean immigrants, specifically concentrating on the inhabitants of Fontainhas, the concrete urban slum in the outskirts of Lisbon with series of films since 1997. The last couple of films, Colossal Youth and Horse Money, it was Ventura who was the focus of interest with Vitalina playing a supporting role. Now it is Vitalina who is getting the spotlight.

Just where Costa draws the line between fiction and reality, memories and present is difficult to decipher. His highly formalist approach doesn't help the matter either. But boy, it nevertheless creates a glorious cinematic experience.

Vitalina arrives from Cape Verde, a Portuguese colonial island off the cost of Africa, to attend her bricklayer husband's funeral. But she is three days too late. In a highly artificial, even invoking a Kaurismaki comedy, she emerges from the airplane, soaking wet and barefooted. She is greeted not by family, but a group of immigrant workers working as a airport crew. They tell her, “Go back to Cape Verde, Vitalina there is nothing for you here.”

Vitalina situate herself in her husband's concrete shack, getting used to the low doorframes, meeting both hostile and friendly interlopers. We get use to the space too, trying to navigate our way in what seems to be forever nights, poorly lit interiors where we can barely make out the contours of a face or slumping bodies.

Vitalina finds solace in an empty church, presided by a frail preacher (played by Ventura). No one ever comes here anymore, the preacher tells her. She questions why would her husband leaving her, promising her a better life some 20 years ago, only to endure harsh life in a foreign land just to die? The shack is not the palace he promised her. And why is she there in Portugal?

A torrential downpour hits the leaky corrugated roof and makes terrible and frightening noises. Neighbors promised to help to fix it when her husband was alive but the promise was never kept. Even though her husband is gone and unseen, it's as if all the dark corners of the slum is permeated with the ghosts of the past, ready to emerge any minute like some jump scares in a horror movie.

Vitalina hosts a younger homeless couple and feed them, only to find out the girl has died since. People appear and disappear, slowly moving across the frame like zombies in Costa universe, existing and not existing at the same time.

Like Ventura's, Vitalina's weathered and angular face tells thousand stories. Her huge eyes reflect the darkness of the exteriors as well as sorrows inside. She becomes an iconic living statue in Costa's observations of the netherworld.

As usual, Vitalina Varela is stunning to look at. Every frame is a work of art. Greatly aided by Leonardo Simões, Costa's cinematographer since Colossal Youth, and João Gazua and Hugo Leitão's sound work, the film gives the lives of its inhabitants the poeticism they deserve.

Review originally published during the New York Film Festival in October 2019. The film is now streaming on The Criterion Channel, part of a new collection, Directed By Pedro Costa, that includes his past films Casa de lava, Ossos, In Vanda's Room, and Colossal Youth.

Do you feel this content is inappropriate or infringes upon your rights? Click here to report it, or see our DMCA policy.
Criterion ChannelManuel Tavares AlmeidaPedro CostaPortugal