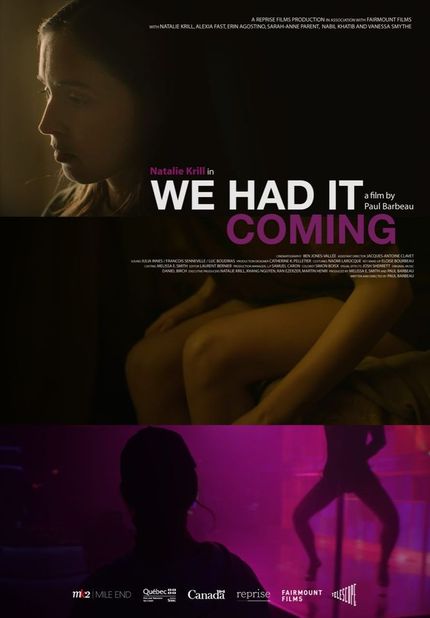 A disheveled and soiled mattress, a corny Christmas song, and a sex clip on a phone in the opening scene of Paul Barbeau's third solo writing and directing effort, and his first English-language feature, We Had It Coming sets a pretty depressing tone. Barbeau is taking a plunge into the underworld of forced prostitution and suicide is the beginning.

The dead girl, Katja (Sofia Holland), killed herself because of the quagmire she winds up in. Her sister Anna (Natalie Krill), the film's protagonist, wants to avenge her death by pursuing justice. As it soon transpires, Katja got caught into the slimy and exploitative tenets of a pimp (or the Pimp as the film's character) who employs all forms of coercion, not shying away from physical and psychological abuse to keep his business running.

As Anna fails to push the case at official authorities because, according to them, there is no evidence linking the death of her sister to the Pimp, she embarks on a DIY investigation to prove the assumption to be wrong. Anna thus goes on a journey through the underbelly of cheap motels and seedy strip clubs around Montreal accompanied by her girlfriend Olivia (Alexia Fast).

Besides the "dead girl" trope, We Had It Coming displays other familiar imagery and patterns pertaining to a crime drama, especially the kind where the underworld of prostitution is being explored in unsavory details. However, Barbeau's overall style and effort digress far from the established practice and tradition of similar stories.

Not trying to hide its indie origin, the creative team behind the film harnesses the "disadvantage" of the lack of resources for the benefit of the whole oeuvre. The world of Barbeau´s film is scarcely inhabited, a small group of actresses and actors pull the whole load. Given the nature of the film, the minimalism does not feel disruptive narrative-wise.

Quite the opposite, the small cast perfectly fits the story´s setting on the social periphery and at secluded and isolated locations. Furthermore, it contributes strongly to the sense of solitude, desolation, and alienation from the outside world.

The potent emotions cut both ways to highlight the hard plight of the leading character abandoned by authorities and the legal system while underlining the existential quandary of victims that fall into the vicious circle of forced prostitution and human trafficking.

The indie disposition is organically tied to the film´s distinctive style. A few carefully curated locations build a credible microcosm of the underworld. Barbeau´s mise-en-scene and Laurent Bernier´s slightly elliptical editing elevate the impression of isolation accentuating the hopelessness of Anna and the victims in her sister´s shoes.

Locations and camera angles demonstrate the gravity of being carefully considered and meticulously planned to not betray the film as a crime thriller whilst not slipping into trivial didacticism. Moreover, the equally methodical approach applies to Barbeau´s stylistic choices of intimate framing, longer takes, and fixed camera angles, some of them being of almost Fincherian nature.

The DoP Benoit Jones-Vallée maintains adequate distance from characters to frame them in an observational way that does not engage emotionally in the action and remains anticlimactic even during physical conflicts. Jones-Vallée adheres to the palette of matter-of-fact tone that does not trigger additional emotional distress and allows viewers to digest the proceedings almost factually. 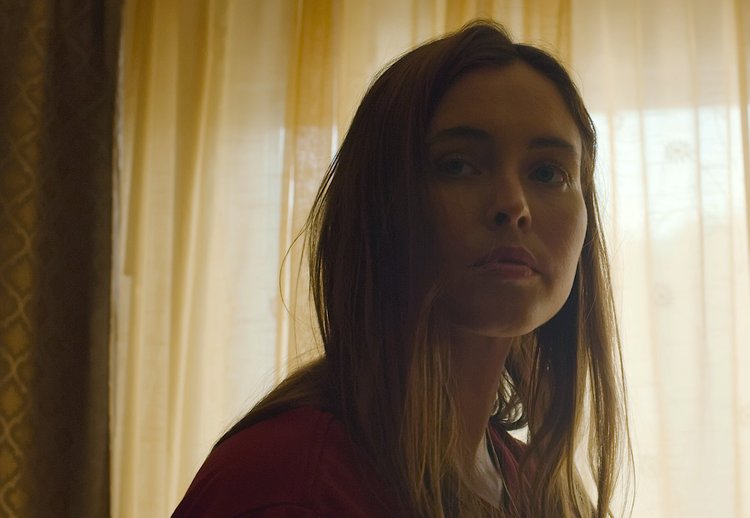 The scenes that have strong disturbing potential such as physical abuse are observed in long shot and tackled implicitly leaving it to the imagination of viewers. As opposed to the expected sanitary effect (Barbeau has no apparent reason to strife for PG rating), the approach enables viewers to absorb the particular situation in a wider context and consequences.

The writer-director and Jones-Vallée pay extreme attention to light and lighting as yet another form of expression. Anna´s crusade unfolds almost entirely under the shadow of the night as if battling the darkness and confronting a sinister force whereas the Pimp´s illicit activities take place unabashedly in the broad daylight.

To avoid the schematic structure of female good versus male evil, another character is introduced to shake up the dynamics. A female recruiter working for the Pimp who is the most conflicted character being torn between complicity and revolt.

We Had It Coming addresses the issue of human trafficking and people who fall through the net as others are allowed to exploit them. Yet, the film moves beyond the aftermath and strikes the nerve of the root cause - toxic, abusive, and misogynistic masculinity. 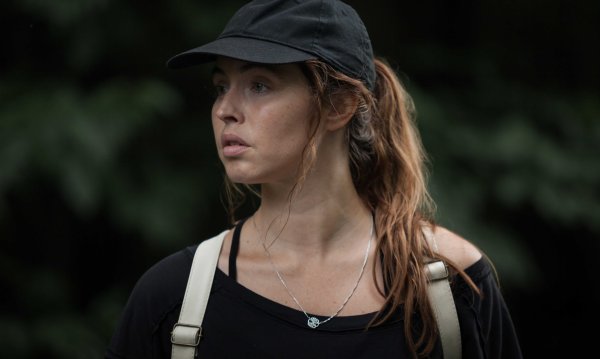 Barbeau avoids any kind of objectification of women and the aestheticization and fetishization of violence perpetrated on them. The "beautiful dead girl" trope from the beginning of the film sets the general approach of anti-objectification, he resorts to a visual synecdoche instead of lingering on the whole body.

Defying sexism becomes the guiding principle and motif of We Had It Coming, which makes a bold statement and convincing demonstration at the same time that can be accepted as the new standard.

The film enjoyed its international premiere at the 2020 International Film Festival Prague - Febiofest.

We Had It Coming

Do you feel this content is inappropriate or infringes upon your rights? Click here to report it, or see our DMCA policy.
CanadaPaul BarbeauWe Had It ComingNatalie KrillAlexia FastErin AgostinoSarah-Anne Parent