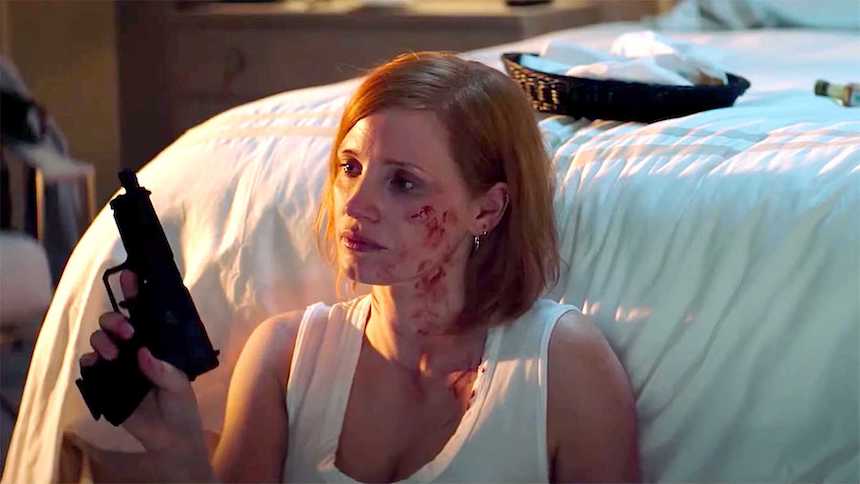 It’s all but a given that career longevity in Hollywood depends on appearing in ― or better yet, leading ― a long-running or potentially long-running franchise (the higher profile, the better). Performing in a series or franchise also gives performers the opportunity to show them in a new light to audiences familiar with their non-franchise work as well as their willingness to join a fan-friendly and thus a corporate-friendly, revenue-generating franchise (i.e., putting commerce before art like all good corporate citizens).

Finding said franchise, however, can be something of a challenge outside of already established series or cinematic universes like Marvel’s, DC’s, or even the never-ending Fast & Furious franchise. But where there’s potential box-office, there’s almost always a way and for actor-producer Jessica Chastain that way led her to the ill-conceived, middling Ava, a cliche-heavy action-thriller that no number of award-winning performances can elevate beyond the immediately forgettable or quickly disposable.

Over-optimistically meant as the first entry in a potential series, Ava opens with Chastain’s title character, the singularly named Ava, on her 40th contract or assignment for a super-secret, ultra-shady, non-governmental organization that generically refers to itself simply as “Management,” with international, globe-trotting assassins like Ava tasked with the elimination of businessmen and government officials. Like so many of her cinematic predecessors (Atomic Blonde, Haywire, Salt), Ava suffers from occasional bouts of conscience, asking her marks to reveal what they did wrong to deserve instant death at her hands, feet, or firearm.

That doesn’t stop her, though, from completing the first mission we see onscreen: The seduction and elimination of a businessman, Peter (Ioan Gruffudd), with connections to the International Monetary Funds. Ava uses the tools of the femme fatale/female assassin trade, convincing Peter, the passenger to her car-service driver, that she wants to engage in consequence-free coitus.

Spoiler: There are, indeed, consequences for Peter, all of them painful and/or fatal. Before long, Ava’s on her way out of the country to meet with her handler/parental stand-in, Duke (John Malkovich), but not before director Tate Taylor (Ma, The Help) interrupts the story (such as it is) for a fast-paced montage sequence that thankfully compresses years of trope-heavy Ava’s backstory into a few minutes.

She’s everything we’ve come to expect from originality-challenged narratives about international assassins, including a troubled, addiction-filled background, a dysfunctional family left behind, an Army stint that led to her recruitment by Management, followed by a dizzying succession of kills totaling 40 post-Peter, but not apparently any collateral damage (i.e., the stray or odd henchmen or foreign military squad).

After ruthlessly dispatching her next target in Riyadh, Saudi Arabia, via an efficient throat-slitting that was meant to look accidental, but fails spectacularly due to a single piece of bad information, Ava naturally begins to suspect that her handler’s handler, Simon (Colin Farrell, leaning into his Irish accent and all but twirling his mustache), has decided Ava's pangs of conscience have made her a liability and like any liability in the corporate-assassination world, eliminated with extreme prejudice (Taylor and his screenwriter, Michael Newton, make a point of using corporate jargon at every opportunity to underline the not-subtle connection between capitalism and murder-for-hire).

But that’s not all. Far from it, actually. Once Ava decides to take a long-postponed break from the assassination game, she returns home to Boston, the prodigal daughter absent from her family’s life for almost a decade. While her mother, Bobbi (Geena Davis), recuperates in the hospital from a heart-related issue, Ava’s younger sister, Judy (Jess Weixler), seethes with barely concealed bitterness and resentment toward Ava and Ava's abrupt departure, leaving Judy as primary/sole caretaker for their parents.

Taylor and Newton add to the complicated, melodramatic subplot by introducing Michael (Common), Ava’s ex-boyfriend and Judi’s current beau, into the already overloaded mix. A resuscitated romantic triangle may function as one more complication in Ava’s increasingly complicated life, but it does little except drag the main narrative (that whole unhappy boss deciding to eliminate Ava thing) to a near-standstill.

Even when Simon gives the kill order and Ava survives the attempt with just a few bumps and bruises (her assailant gets far, far worse, of course), Simon oddly decides to sit back and do nothing, essentially waiting for Ava to semi-resolve her sleep-inducing family issues first before trying again. It’s this seemingly deliberate lack of care with plot and subplots that suggests major changes to the original screenplay, editing in post-production to trade melodrama for action (a no-good, bad, ultimately terrible choice), or just lazy, uninspired writing meant to leave multiple questions unanswered and thus, save those answers for a sequel we’ll likely never see in the real world. Taylor’s aggressively competent, ultimately anonymous direction deserves credit  ― or rather, blame ― too.

Outside of Chastain showing off her chops as an action-hero, up to including the expectedly brutal face-off with Simon (minus the curiously inert conclusion), there’s little reason to give Ava more than a passing, indifferent glance on the new releases section of whatever VOD service Ava finds itself this weekend and in the immediate future.

Ava is available to rent via VOD platforms.

Do you feel this content is inappropriate or infringes upon your rights? Click here to report it, or see our DMCA policy.
CommonGeena DavisJessica ChastainJohn MalkovichTate TaylorUS