Fantasia 2020 Review: CLAPBOARD JUNGLE Is A Love/Hate Letter To The Business Of Making Movies 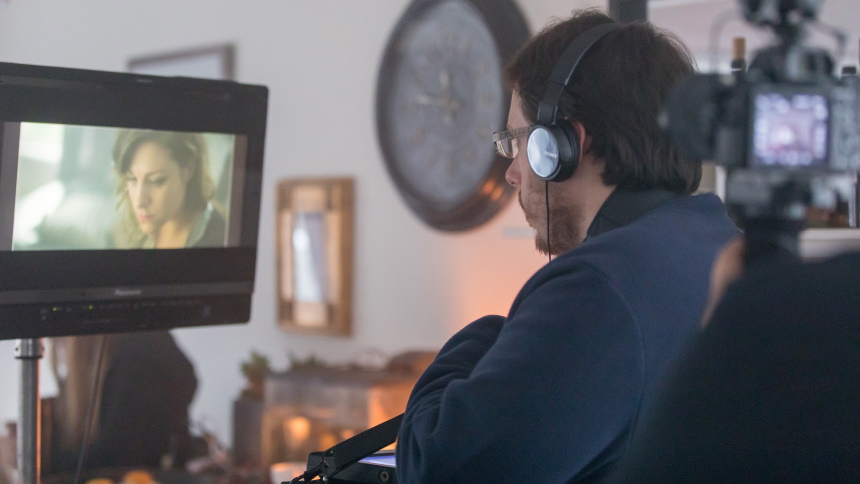 Making movies is never easy, but making independent movies can sometimes require a level of masochism bordering on insanity. Justin McConnell's new documentary, Clapboard Jungle, takes an inside look at the nitty-gritty of indie filmmaking from a very personal place and it's a fascinating journey into a complicated business as told by some of the biggest names in the genre cinema world.

You might know McConnell from some of the genre features he's written and directed over the last decade or so, you might know him from the films he's worked on as a cinematographer, you might know him from some of the many home video supplements he's worked on in between trying to get his dreams off the ground. But honestly, you probably don't know him at all. And that's a shame, because the guy has serious talent. McConnell's 2018 feature Lifechanger was one of that year's most exciting low budget horror films, and it very nearly didn't even happen.

Clapboard Jungle is many things, it's an independent cinema documentary, it's a fly on the wall look at the business of getting films made, it's a confessional piece from McConnell on his successes and failings over the last twenty years, but most of all, it's a revelatory look at a part of the industry that only the bravest of the brave can stand. McConnell uses his experiences as a jumping off point to talk about the dark corners of film production, sales, highs and lows, celebration, disappointment, and why he still bothers even though it sometimes brings more pain than reward.

Starting at the very beginning of McConnell's experiences making movies, Clapboard Jungle goes all the way back to his schoolyard days, making movies with his friends for fun, discovering a calling and a passion that would drive him to claw his way to a career in the movies. We hear him talk about making his first real features, finding ways to not only get them produced, but also somehow even make a little money, constantly battling the ever present threat of piracy that makes the low budget movie biz such a tough place to survive.

The main thrust of the doc is an incredibly in depth look into McConnell's attempts to get his dream script, The Eternal, made. He hooks up with a producer and they go off in search of someone willing and able to finance this project he desperately wants to direct. We follow him to film markets in Europe, including the big daddy at the Cannes Marche du Film, and are presented with what seems like an overwhelming experience that can be both invigorating and heartbreaking, sometimes going back and forth multiple times a day.

In between McConnell's personal stories, we are introduced to numerous interviewees who share some of their stories and advice regarding the struggles facing independent cinema. From huge names like Oscar winner Guillermo Del Toro, to indie stalwart producer Travis Stevens (Cheap Thrills), to actors like Michael Biehn, the legendary Dick Miller, up and coming producers like Heather Buckley (The Ranger), our own Izzy Lee and so many more; programmers, curators, writers, the list goes on and on. Each of them sharing their advice culled from decades of their own personal triumphs and tragedies. It's these stories that enrich McConnell's own tale and turn what could be a navel gazing tale of personal woe into an inspirational story that will engross all of the indie film wonks out there, myself included.

Not to spoil the ending, but McConnell does eventually get to make a movie, just not the one he'd started out thinking would be making. Lifechanger provides him with opportunities that he'd never had, and the story does ultimately have a happy ending, proving that in the end his fortitude was worthwhile. Clapboard Jungle is an real world case of taking lemons and making lemonade, McConnell could've wallowed, but instead he turned that energy into focus and created this document that not only entertains, but also provides useful advice that aspiring filmmakers everywhere could stand to hear. It's an uplifting document of a hard road traveled, and a victory earned and an intimate look into a business that is infinitely complex, but whose rewards can be incredibly sweet.

Much of Clapboard Jungle was shot at Fantasia, where the film is in the On Demand screening section for virtual viewing anytime during the festival. McConnell is also planning on expanding the feature into a serial format, and based on the footage here, I guarantee there's a whole lot more good this program can do for those looking to make a career out of movie making.