Review: VOLITION, Twists and Puzzles in a Criminal Mix 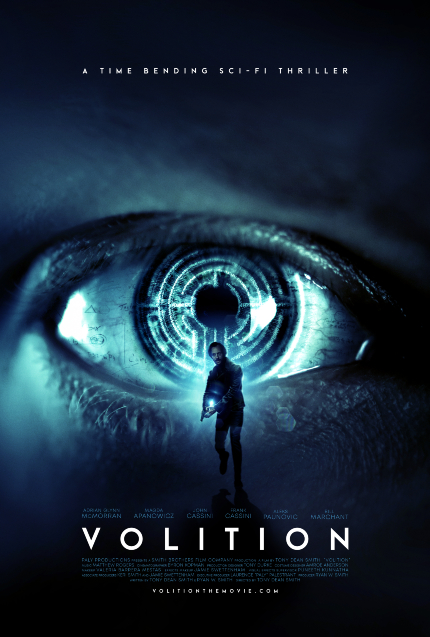 I would tell you if I could.

Directed by Tony Dean Smith, who wrote the original screenplay with Ryan W. Smith, Volition starts with an air of mystery before descending into a gritty tale featuring several angry, low-level men who would rather spit profanities and beat each other about the face and body with their fists and feet.

Frankly, that's not the kind of movie that appeals to me anymore, if it ever did, but two things kept me hanging around: the unresolved air of mystery, and Magda Apanowicz.

We meet Angela (Apanowicz) when she's getting beaten up in an alley, which is when bystander James (Adrian Glnn McMorran) steps in to help. We've already met James as one of the unsavory criminal-types, apparently gifted with clairvoyant powers that he is using to help the other profanity-spitting fellows (including John Cassini, Frank Cassini, and Aleks Paunovic) to engage in illegal activities.

In contrast, Angela appears to prompt James to remember that he's not such a greedy, selfish person, after all. This all dives back into the air of mystery established in the first moments of the film, which gradually becomes the primary driving force for the story, which also draws more upon the professorial presence of Elliott (Bill Marchant), a longtime friend of James, and possibly someone who can provide answers.

I watched Volition in full the other day, and then rewatched extensive sequences again last night, and I still can't quite crack the mystery at the heart of the story. This is a very intriguing indie thriller with good instincts to confound and compel. Maybe it's just me, but I found portions of the narrative to be very confusing.

Or, maybe it's just that Volition is smarter than it needs to be, which is also what makes it so fascinating to watch and try to puzzle out.

The film is available from Giant Pictures on Apple TV, Prime Video, and other Digital platforms, as of today (July 10, 2020). Visit the official site for details.

Do you feel this content is inappropriate or infringes upon your rights? Click here to report it, or see our DMCA policy.
Adrian Glynn McMorranMagda ApanowiczTony Dean SmithUS