Now Streaming: DOUBLE WORLD, When This World Is Not Enough 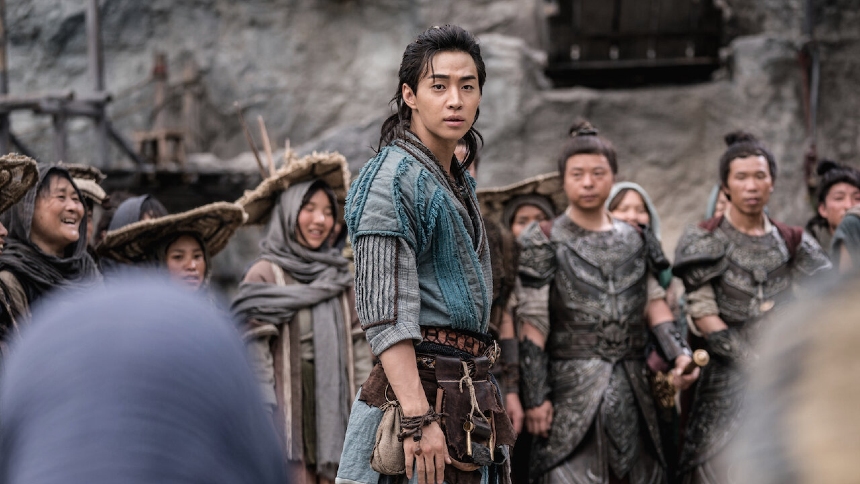 Where ya been, Teddy Chan?

Director Teddy Chan emerged in the early 1990s with a trio of lighthearted films: Pretty Ghost, Two of a Kind, and Twenty Something, the latter of which I saw and enjoyed. The sweaty crime flick In the Heat of Summer followed in short order, deepening his appeal for me, which rocketed with the slick action flicks Downtown Torpedoes and Purple Storm, landing him the Jackie Chan action-crime film The Accidental Spy (2001) to put him firmly on the map.

I don't think I ever saw the silly-sounding Wait 'Til You're Older (2005), even though it starred both Andy Lau and Karen Mok, but I definitely saw and enjoyed Bodyguards and Assassins (2009), a superior historical drama with great action sequences that starred Donnie Yen. Chan and Yen reunited for Kung Fu Jungle, which was not quite at the level of their previous collaboration for me, yet proved to be another above-average picture.

Now we come to Double World. Earlier this month, Variety reported that the film would be skipping theaters and landing directly on Netflix worldwide, except for China, where it has debuted on streaming service iQiyi. Variety noted that the film is an adaptation of a MMORPG game, first released some 15 years ago, which now has 300 million (?!) players worldwide.

Without knowing all that, I saw the title on Netflix last night and eagerly watched it, even though I didn't recognize any of the names in the cast, including Toronto-born pop singer Henry Lau and Hong Kong-born actor Peter Ho. Still, it's Teddy Chan!

And, indeed, there are a number of moments that really catch the eye. The swirling movement of the camera enhances individual scenes beyond their expository nature; the beauty of the landscapes, both natural and artificial; the splendor of the production design and costumes.

Really, Double World is the type of film that I yearn to see in a cinema on a big screen with good sound. It's built for that type of experience and it deserves that kind of experience. On my relatively small television screen, 32 inches is not enough to convey the excitement that the narrative needs to fully engage with my senses.

It's ... fine. I just wish that I could have seen it on the big screen, where it belongs. Or maybe I just need to invest in a bigger television.

Do you feel this content is inappropriate or infringes upon your rights? Click here to report it, or see our DMCA policy.
ChinaHenry LauJiang LuxiaMark ChengNetflixPeter HoTeddy Chan

THE SERPENT Exclusive Clip: Guns And Cars, Cars And Guns!