The impact of Coronavirus left little doubt the annual slate of festivals that kept every type of cinema across metropolitan Melbourne engaged would be severely impacted this year. Thankfully we adapt, and as streaming, and the proliferation of media available, grows exponentially, a crisis opportunity affords bold decisions, such as attempting to capture a festival aesthetic-at-home, complete with post-film intellectual exercises.

It could never replace the epic scope of Melbourne city's wintry cinematic experience, but with expectations clearly in the title, MIFF 68-and-a-half aims to provide viewers with a curated, albeit curtailed festival of international film. Immediately noticable is the dearth of both Asian and Graveyard Shift fare, but with world premieres and online events, there is plenty to enrich what could be just another weeknight on the couch. It is also weird, but it goes without saying that all of Australia can enjoy MIFF this year too! More below. 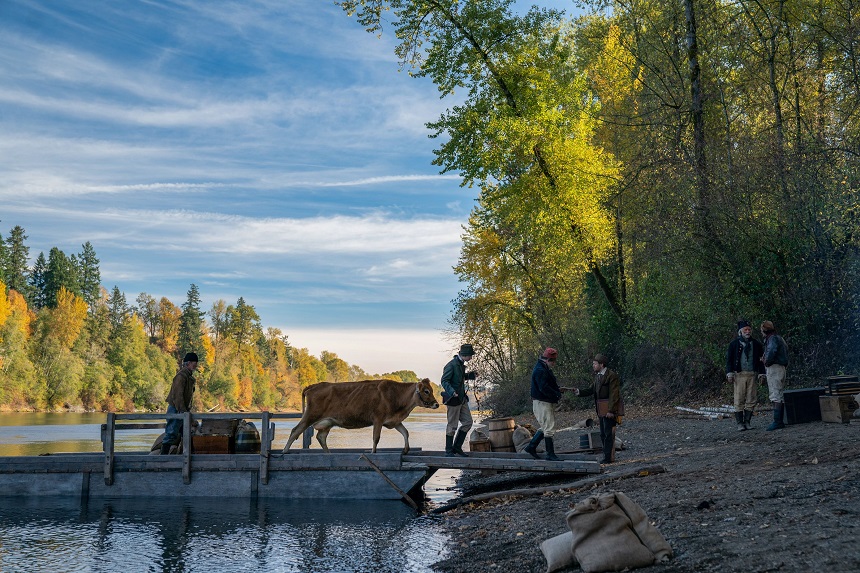 First the housekeeping, what big titles open, trumpet the middle of, and signal the end of the fest.

Benh Zeitlin’s long-awaited follow-up to Beasts of the Southern Wild, Wendy is a contemporary reimagining of Peter Pan set in the American south and screens as the festival’s Centrepiece, from its premiere at Sundance.

Pablo Larraín unites Gael García Bernal with striking newcomer Mariana Di Girolamo in Ema for the festival’s Closing Night screening. Set in the vibrant dance world of the port city of Valparaíso, Chile, Ema is a reggaeton-fuelled, delirium inducing dance-drama about a couple falling apart after a failed adoption.

Australian cinema is, as always, showcased and in 2020 the programmers at MIFF have unearthed some unique gems.

Taking love life advice from a beyond-the-grave-lesbian-activist-cupid begets some tricky situations in Monica Zanetti’s quirky and delightful Aussie rom-com Ellie & Abbie (& Ellie’s Dead Aunt). In the world premiere of Jo-Anne Brechin’s uplifting and uproariously funny rom-com Paper Champions, a mild- mannered photocopier salesman finds his life is as blank and meaningless as the A4 paper that logjams his days, and steps out to find love and reclaim his sense of self, in this Geelong-shot highlight. Look Looky Here Comes Cooky world premiere is an outlandish response to the 250th anniversary of Captain Cook’s landing in Australia; cheeky, acerbic and heartfelt host, Steven Oliver invites audiences to experience the arrival of the HMB Endeavour through First Nations eyes. 30 filmmakers, Karrabing Film Collective has established itself internationally as an extraordinary voice for Australia, and for cinema. Their latest work, Day in the Life is a hip-hop-infused visual kaleidoscope that blends together filmed footage, archival audio, music and media clips, as they chart a day in a remote Aboriginal community and the unrelenting experience of marginalisation.

In director Alison Chhorn’s The Plastic House, a young Cambodian-Australian woman copes with her parents’ death by retreating to the family greenhouse and tending to their plants. A masterful piece of experimental filmmaking, minimalist in set-up and style. 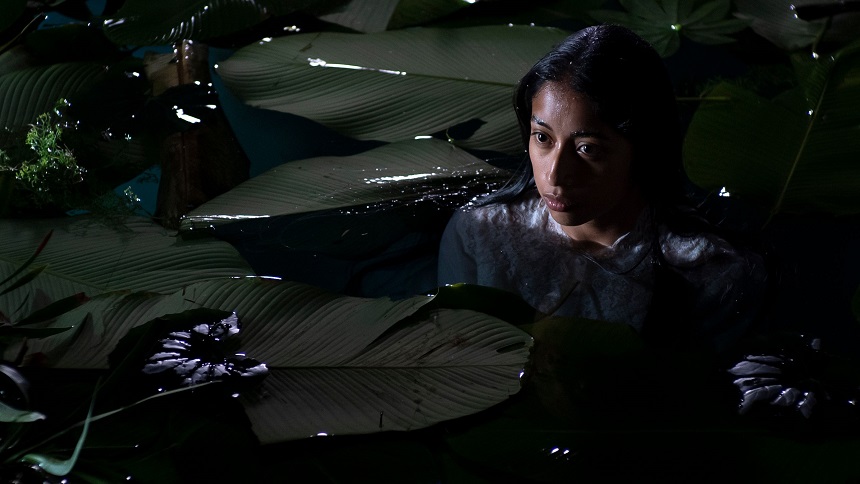 From Australia to South America and beyond, here are some more picks that touched a MIFF programmers heart and mind;

Declared by Locarno jury president Catherine Breillat as a film that “will enter the heritage of world cinema,” Pedro Costa’s latest feature Vitalina Varela is a hypnotic exploration of grief and displacement. Dustin describes it as hauntingly beautiful in his review.

Aubrey Plaza (Ingrid Goes West) gives a career-best performance in Black Bear – a devious psychodrama about a creatively- blocked filmmaker who wedges herself between a squabbling couple.

Racking up an astonishing 36 awards on the festival circuit – including a nomination for Best International Feature Film at the 92nd Academy Awards – Jan Komasa’s Corpus Christi is the story of an ex-con who passes himself off as a parish priest. Inspired by real events, Komasa’s pensive drama about penance, motivation, morality and forgiveness is steeped in moral shades of grey. 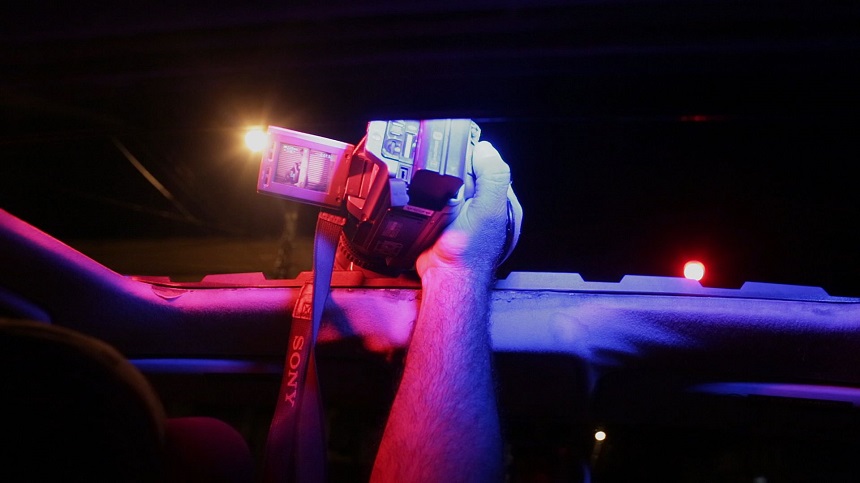 Documentary film remains as prolific and topical as ever in 2020;

In Guatemala City, where 98 percent of homicides go unprosecuted, a man has devoted his life to capturing crime footage for news outlets and police – no matter the risks. The Meddler is his story.

Boys State chronicles an experiment in democracy as teenage boys from Texas compete in a large-scale re- enactment of representative government. Follow four of the boys as they ride the highs and lows of their campaigns in this funny - but never facile - film that's a program highlight.

Dark City Beneath the Beat explodes onto the screen. To many, Baltimore is the setting of The Wire or the city where the 2015 death of Freddie Gray sparked weeks of anti-racism protests, but to rapper and filmmaker TT the Artist, it is a thriving hub of musical creativity and expression and his film challenges our perceptions of the city.

Mayor reveals a political portrait unlike any other as it follows Musa Hadid, the charismatic Mayor of Ramallah, as he navigates a singular storm of deep-dive-day-to-day-geopolitics, amongst enough bureaucratic absurdity to fill a series of The Thick of It

Steve James, the visionary director of Hoop Dreams, tackles an ambitious, four-part chronicle of Chicago’s 2019 mayoral elections, revealing a city divided on social-justice issues – and between black and white in City So Real. James’ sprawling work is a thoughtful and compelling portrait more relevant than ever. 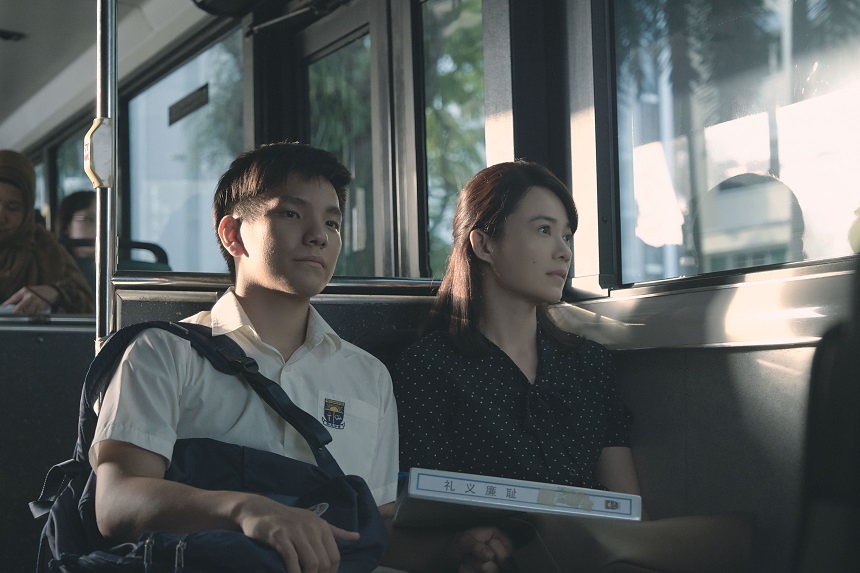 Films for the 2020 Melbourne International Film Festival can be purchased individually, and curiously in bundles that range from Social Justice, LGBTQIA+, music etc. These cannot be modied or changed however. This barely touches on the full program, just some of the immediate highlights that piqued my interest.

The full program of over sixty features is live right now and can be sorted and filtered to find a film for you, whatever the reason, or mood. Stay tuned for some fresh reviews.

Do you feel this content is inappropriate or infringes upon your rights? Click here to report it, or see our DMCA policy.
2020film festivalmelbourne international film festivalmiffpreview