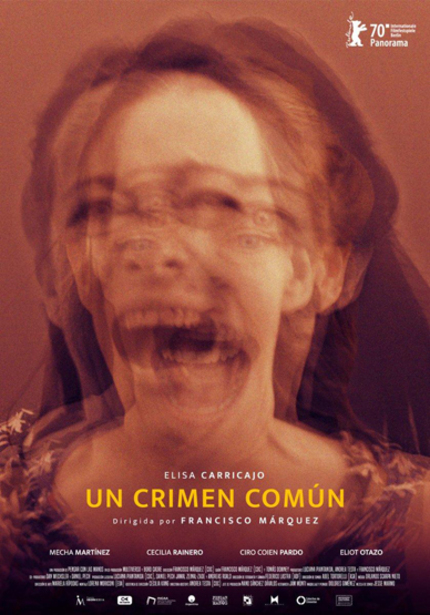 Argentinean filmmaker Francisco Márquez revealed his latest work titled A Common Crime in Berlinale´s Panorama section after his 2016 feature debut The Long Night of Francisco Sanctis, which he co-directed with Andrea Testa.

The debut was a politically charged drama against the Argentinean dictatorship during the junta rule and its despotic government prone to persecutions. While Márquez moves from 1977 to the present time in his solo effort A Common Crime, he does not leave the political lens behind instead he refocuses them on the current topic.

From the onset, Francisco along his co-writer Tomás Downey, makes it clear the protagonist Cecilia, a sociology professor, belongs to the privileged upper-middle class. She lives in an affluent bubble preoccupied with son´s birthday party and her own promotion. She appears to be a single parent as only she and her son occupy the household taken care by a housekeeper Nebe during the day.

Cecilia portrayed by Elisa Carricajo, who stars in Mariano Llinás opus magnum La Flor, dominates virtually every scene. She is the front and center of almost every frame in the minimalist drama and her performance carries the majority of the story´s weight.

The plot starts off rather uneventful following Cecilia doing her mundane errands and interactions that do not raise any flag. Until her housekeeper Nebe is visited by her son Kevin which will return for an encore, brief but lasting. Out of nowhere, Kevin bangs rather violently on Cecilia´s house in the dead of night. The protagonist caught off guard hides as she fears the worst. Kevin vanishes as swiftly as he appeared. 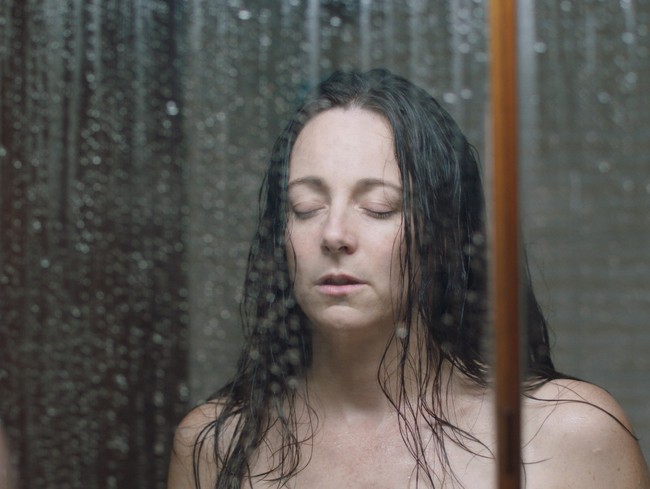 Cecilia brushes off the nightly encounter with the arrival of the morning light continuing in her regular going-ons. Only until she finds out that Kevin has been found floating face down in a river. The grim news punctures her comfort bubble as she was most likely the last person that saw him breathing. Most importantly, what she has considered an act of violence turned to be a plea for help. And she could have saved an innocent life.

A Common Crime makes the collision of two classes less noisy and obtrusive. The dynamics between Cecilia and Nebe does not contain any tension and both appear to be enjoying more informal relation free of any signs of superiority. Yet the social gap propelled by economic differences make for a running motif throughout the whole as a syndrome leading to the central topic.

The story of Cecilia points to a broader context of prevalent institutional violence. The director claims that "the Argentine State murdered one person every 19 hours. More than 85% were in the cell, or simply walking through a neighborhood. Half of the were under 25 years old," he adds "All of them were poor". The character of Kevin dies not because he was guilty of a crime but because he was poor. Marquéz names the culprit out loud that "to be poor in Argentina means to be already a suspect". In A Common Crime, the social classes do not collide, it is a privilege and prejudice that do.

A Common Crime has all the makings of social realist drama and while the state is the obvious culprit, Márquez sidelines the political dimension to fully invest in an individual and thus blow-up the psychological aspect. Elisa Carricajo as Cecilia is not the center of attention for no reason.

Both dramas, The Long Night of Francisco Sanctis and A Common Crime revolve around an individual facing a moral dilemma. Cecilia´s case is only a split-second dilemma. Where Francisco Sanctis has a bigger leeway to ponder about the dilemma of his life, Cecilia does not even know she is facing one. However, the director aims at the silent majority - individuals that can become culprits be sheer virtue of inaction - enablers.

For his sophomore feature, the director reverses the order. The protagonist of The Long Night of Francisco Sanctis ponders on his next step before the act while Cecilia has to deal with the fallout. And that takes the shape of a process of gradually deteriorating mental wellbeing with the protagonist brought to the brink of the nervous breakdown.

The privilege equals protection in Marquéz´s worldview even though a protection of life should be warranted as a basic human right in democratic countries. A Common Crime does not take the shape of public pillorying or shaming though. The protagonist becomes its own worst enemy and torturer for the indifference and to a certain degree even prejudice that appears to have a deeper root in the local society.

The main dilemma of The Long Night of Francisco Sanctis unravels as a minimalist film noir. The director employs more implicitly genre tropes as his sophomore feature morphs into a psychological thriller. The foreshadowed home invasion which is used as a plot device gets soon traded for a minimalist civilization horror that has been getting traction lately (e.g. chamber two-person drama Domestique). Cecilia comfort routine gets devoured by nascent psychosis after the fateful night. 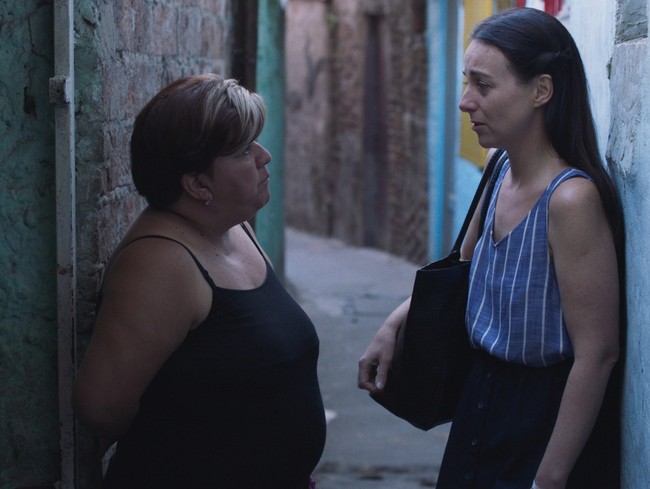 The previous tale of personal guilt under politically-tinged Argentinean drama came out of the country in 2018. It was lightly surreal thriller Rojo by promising talent Benjamín Naishtat which set the bar surprisingly high for a feature debut of a filmmaker in his early thirties. Naishat built a denser oeuvre in terms of atmosphere, staging and style.

Marquéz´s drama is more of a light-weight in its execution, a low-budget indie ($450,000) executed in several locations, close-up and short distance shooting vis-à-vis the leading actress being the tools of the trade. While A Common Crime may be an exercise in frugality, the final result does not pass as one as the director commands the skillset to pull-off socially-engaged drama leaning lightly on a genre storytelling.

Even though the bigger picture of A Common Crime is akin to a social realist drama, the style of a psychological thriller and an attempt to plunge into Cecilia´s declining perception by a toxic cocktail of guilt and grief. However, the film´s great asset, along Carricajo´s performance, is how seemingly mundane elements become the tools in succinctly portraying an alarming state in society. The social realist aesthetics beats Cecilia´s unhinged states.

Seemingly banal states carry the most meaning such as Cecilia´s venture into the slums where her heartbroken housekeeper lives and is trying to piece the situation what has happened to her son. The Long Night of Francisco Sanctis´ DoP, Federico Lastra, fixates on Carricajo timid face when the driver tells her they are forbidden to enter the slums implying the existence of unofficial no-go zone.

Then Lastra continues to shoot Cecilia walking to Nebe´s house in a claustrophobic frame leaving the appearance of the no-go zone solely to the viewer´s imagination. After a brief small talk and condolence, Cecilia hands Nebe a wage for a work she is not expected to carry out given her sad family situation. In the light of Cecilia´s deadly passivity, it is more of a ransom for her conscious than a gift to ease the life of her employee and possibly a friend. The protagonist leaves carrying the inner conflict with her without the possibility of redemption. 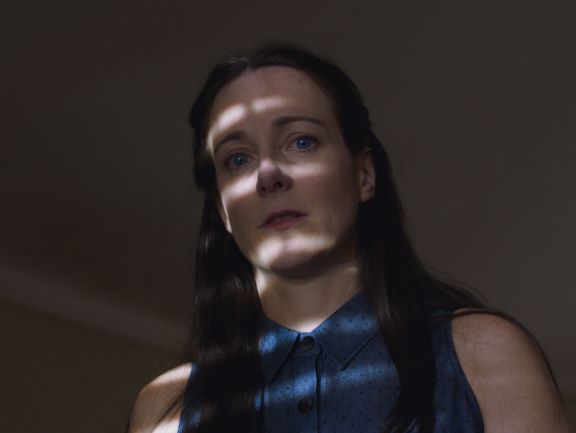 Minimalist storytelling and cinematography tackling the ambiguity of close shots fixed on the leading character - a self-centeredness granted by her privilege and haunting guilt that derails her life off the comfort rails - create a weighty vignette of fatal complicity. Still, A Common Crime is not just a 96-minute riff of Edmund Burke quote "the only thing necessary for the triumph of evil is for good men to do nothing" since in Francisco Márquez take, it is preceded by the social reality where privilege, prejudice, indifference and poverty create an environment of endemic lethal violence and collective guilt. The banality of evil is next in line.

Ultimately, Marquéz emerges as a distressed chronicler of Argentine´s brutal past and no less violent presence. The tile A Common Crime does not refer solely to middle-class privilege and their indifference as a means enabling to proliferate the violence, it is also an indictment of the state´s repression, which according to the director is on the daily order, that led critics to make comparisons to Argentina´s military dictatorship.

A Common Crime was unveiled in world premiere at Berlinale 2020. More information is available at the film's official site.

Do you feel this content is inappropriate or infringes upon your rights? Click here to report it, or see our DMCA policy.
A Common CrimeArgentineBerlin 2020Berlinale 2020Francisco MárquezUn crimen commún