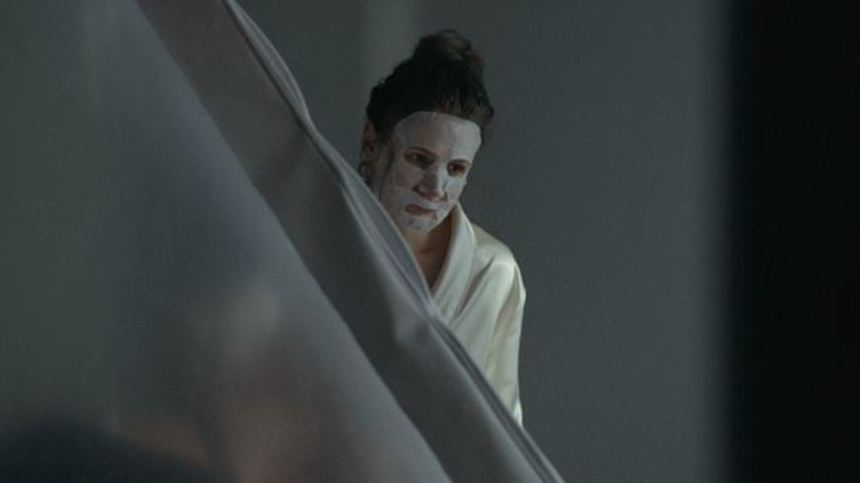 The largest Czech film gathering, the Karlovy Vary Film Festival serves as a springboard for Central and Eastern European projects, but also caters to domestic filmmakers. This year's edition brought forth a rich troop of Czech talents.

Among them is emerging filmmaker Adam Sedlák, who came into wider domestic recognition with a webseries Semester taking place entire on a computer desktop. An exercise in shoestring work, Sedlák already had a script, Domestique, in the drawer; he was struggling to get the project financed, despite winning a Czech award for the script and beating seasoned writer-directors for it.

The success of the webseries helped to launch Domestique, however, the shoestring aspect of the venture did not improve. Facing a situation of making his feature debut on a budget other filmmakers considered good enough just for location scouting, the young writer-director decided to embrace the destitute financial situation as a virtue.

The title refers to the role of cyclist who has to sacrifice his success for the team in the race which is the main preoccupation of one of the leading characters. Roman is a semi-professional cyclist undergoing intensive training in order to make it to the race. The initial scene starts with loud techno beats, deep gasps and intensive humming stemming from high rotation, all encapsulated within four walls.

Roman is training hard in the confines of his own home while his wife, Charlotte, works as a teacher. She is Roman's counterpoint, investing as much energy, hard work, concentration and finesse as Roman spends on his exhausting training into an attempt to get pregnant. Domestique turns obsession into a downward spiral that absorbs both characters, leaving them in ruins.

Furthermore, the film's title alludes to Sedlák´s claustrophobic style, which he embraces because of severe budget restrictions, employing it as an integral part of his narrative strategy. Domestique is a chamber drama, with a few exceptions, in a literal sense; the majority of the running time unspools in Roman and Charlotte's apartment. However, instead of a regular cabin fever, Sedlák plumbs for darker recesses of the psyche, maneuvering the story into murkier and almost genre-like regions of body horror.

The domestic idyll of the young couple is soon disrupted by the failures both characters encounter that takes a toll on their relationship and their physical and mental well-being. Given the limits, Sedlák focuses intensively on the formal aspects of the spectacle, employing carefully-paced medium shots and close-ups, crescendoing scenes timed with surgical precision as the young couple is being tipped over the ledge to push their own boundaries, their obsessions running rampant.

Acknowledging openly the influence of Polanski´s The Apartment trilogy and Chantal Akerman´s Jeanne Dielman, the director does not shy away from moments resembling middle-class disintegration of Michael Haneke´s The Seventh Continent. Structurally, or dramaturgically, consisting of several chapter-like plot capsules, each one more extreme in terms of mental and physical masochism the characters unleash on themselves, with occasional bouts of violence aimed at each other, Sedlák´s narrative strategy plays out as a slow-motion train-wreck in a small apartment wedged between Cronenberg and Haneke (Goodnight Mommy moments included).

With the minimalist style, every gesture and action acquires ambiguity that edges into genre territory. At one point Roman gets an oxygen tent to boost up his physical capabilities, a guaranteed disruption of bedtime comfort.

Sedlák harnesses the ominous sound of the device and its red light filling the oxygen tent as HAL 9000's evil eye. Domestique is not only an exercise in extreme low-budget filmmaking but an illusion act, juicing all small and mundane things into yielding larger effects. Sedlák along his crew makes this magic happen. Thoroughly.

Tackling the issue of self-harming single-mindedness and severe effort to achieve success, the psychological portrait of a tandem downfall elegantly cruises into civilization horror as psychological and social drama converge and limits, not only physical and mental but moral as well, are being mangled.

The innocuous hybridization and assimilation of genre into arthouse and vice versa became symptomatic for the latest oeuvres hailing from the Central European territory, although Sedlák´s effort preserves its dramatic composure until the end, ultimately making Domestique more of a Haneke ride than Cronenberg, despite distressing bodily transgressions.

Do you feel this content is inappropriate or infringes upon your rights? Click here to report it, or see our DMCA policy.
CzechDomestikDomestiqueKarlovy Vary 2018Karlovy Vary International Film Festival