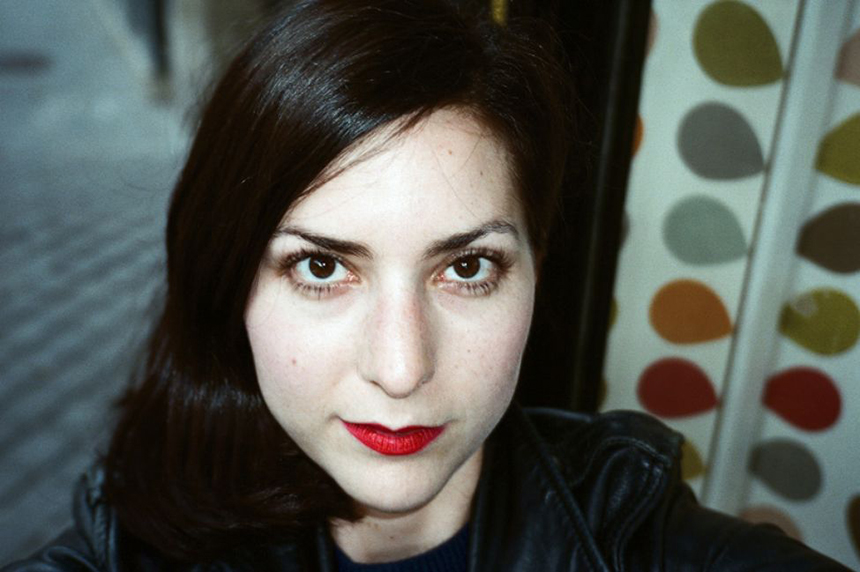 Before everything went to hell with the COVID-19, I was prepping for attending Film at Lincoln Center's annual Rendezvous with French Cinema Festival, as I've been covering it for Screen Anarchy for the last several years. I was even lucky enough to have a chat with lovely director Rebecca Zlotowski (Belle Epine, Grand Central) about her seductive new film An Easy Girl, starring a French tabloid sensation, Zahia Dehar. Dehar made headlines in 2009 in a sex scandal involving players in French National Footbal team. She was a minor at the time. She later used her notoriety to be an internet celebrity and entrepreneur.

A few days after our conversation, the citywide quarantine hit. With the movie slated to come out this summer, tentatively, here I give you the interview with Zlotowski. Sharp witted and cautious, Zlotowski is a Scorcese-level fast talker. She is careful with what she says and fully aware of the limitations of giving fully formed, thoughtful answers in a 20 minute interview. But I thank her for her sincerity and professionalism all the same.

Screen Anarchy: For those of us who doesn’t know who Zahia Dehar is, can you tell us something about her?

Rebecca Zlotowski: I can’t. I mean, I can mention her backstory and it’s probably part of the reason I met her in France. But it is super interesting to me to see people not knowing the backstory.

Not knowing the backstory?

I mean, she’s been involved in…and that’s why I feel that, in a very modest way, because this film is a modest one about a very complex subject. But if you know her backstory, you can only see the top layers, the perception of her story being that she was involved in the very famous underage prostitution case ten years ago.

She’s been involved in this “moral affairs” and I think she still does work as a prostitute occasionally. But what she does in private is private. But yes, for French audiences, her backstory absolutely plays in to the film.

Yet the fact is, she still inspired me to created a very poetic, literal character. It was part of the process that was interesting to me because it deconstructed certain archetypes and stereotypes that people are maybe not ready for it in France.  But everyone is looking at this pretty, sexy French actress in a totally different way when I show the film here in New York.

You have a co-writer….

Teddy Lussi-Modeste. Yes he is a very strong collaborator and we have been working together a long time. A partner in crime. But for this one, I was writing in March, shot it in July and the film was in Cannes in next May. It was a very short process and very fast.

That she can receive things in return for her sexuality. But it was done in a very sentimental and very light and sexy and funny way to support those two women, by having encounters and conversation like a normal civil life. Her sexuality is a tool for empowering and social climbing which is kind of difficult to admit, but interesting to write about, nonetheless.

When you were writing, the script, did you have Zahia as Sofia in mind?

Absolutely. Actually, she sent me a message in instagram. I was very confused that she even knew me. People are so narcissistic these days. (laughs) I just looked at her pictures and saw the way she talked and I never heard her voice before and I was surprised.

The first thing that shocked me was the way she presented herself. She reminded me of a character from 1969. She was as naïve, as polite and elegant as people would have been in the 60s, using all the elegant words, not cursing or rude or self absorbed.

She wasn’t being the character I wrote but she was already that character. There is a strong connection between this film and Eric Rohmer’s La Collectioneuse in the film's theme. That was the beginning idea of the film. I wrote it for her and with her.

I was glad. Yes, to me it was very different not to work with people with strong solid acting background. I knew it was a responsibility to work with someone who is trying the first time. You have to give them advices.

For instance, I had to tell them that the camera wasn’t on them, just for them to hold emotions for the next shot because they give you everything right away, so once or twice I had to tell them to look at the camera to remind them that this is a set and we are making a movie. For instance, I had to give them tips and advices that maybe a director says to an actress in the beginning of her career. So that was the only difference. The rest were the same.

The same. Whenever you work with an actor or actress, working with them is a new language every time. I wish I have some magical method which I can use it on all actors and actresses but that’s not the case.

Mina Farid is great. How did you cast her?

It was in Cannes. So with my casting director, we set out to find a non-actor. It was tough because she also had to be young. I saw a lot of girls and some of them were very sexual. I wanted someone who was a little more innocent, a little shy about her sexuality because I wanted the film to be a coming of age tale, not a tale of sexuality.

Maybe Jacques Doillon or other filmmakers I really love would have chosen someone else, chosen someone with more of a mystery to them, but I didn’t want to do that. I wanted to do a film about what’s happening when you are 15 years old and you have to choose a job in your life.

Do you think there is a generational difference in characters with all the technologies we have when you think about Prudence in BELLE EPINE (Zlotowski's first film), the film you made that takes place in the 80s, and Naima in AN EASY GIRL? You think it is more dangerous growing up with surrounded by all these technology - instagram, twitter, facebook and all that? Because when we were growing up, we didn’t have all that.

Danger? I think it’s a blessing for them. Of course you have terrible things like harassment and bullying and focusing on what people think of them.

But what is changed is that there are so many possibilities for lonely people not to feel lonely anymore. I do not feel that as dangerous or threatening at all. When everything is bleak around you I think having all these technology is better.

The other side of the social media equation is this worshipping of rich and famous celebrity culture and being extremely materialistic. Do you think that has any impact on our youth?

Of course, but is it new? Is that really connected to social media?

I mean, I am a big fan of 60s Italian cinema where people are beautiful and wealthy and sexy and all that. Some of the actresses are saying, “Yes I am a little bit materialistic.” I do not have a problem with that.

Everyone wants something different. Even if I am not materialistic, I am privileged enough to have something else that makes me happy. So if they want that, that’s their prerogative.

That’s how I felt at the end of the movie that Naima hasn’t changed much, that she is true to herself.

She wasn’t disappointed; she believed in it and she took pleasure. The film is an ode to pleasure and freedom and adventure and fraternity between those girls.

One scene I loved was when Sophia was questioned by this old rich woman and it turns out she reads Maguerite Duras and she is well read and really cultured. Is that the case with Zahia Dehar in real life?

No. (laughs) But she is a cinephile and once or twice I was very surprised by very specific knowledge of films that she likes. I don't even know them. She is very into Chinese and Hong Kong movies. She watches a lot of movies and goes to movie theaters often. She has many surprising qualities.

At this year’s Ceasar Award, Adèle Haenel walked out of the ceremony along with Céline Schiamma when they announced best director award, which awarded Roman Polanski. Any thoughts?

It’s going to be a very long conversation if we start that. I mean, I am very close to Céline, I am very much in support of their film, I am in support of the reaction she had, I don’t want to be judgmental and in my mind there is no pro- or anti-. But it happened and I am very glad that it’s generating a lot of discussions around it.

The thing is that, as an observer, that at the moment I am being very careful, because I don’t want it to be written on your paper that I feel this way or that way, because it’s a very polarized moment. And when you can’t add the complexity to the subject, since we do not have [more than] ten minutes, my thoughts will be incomplete.

OK. I will leave it at that.

An Easy Girl played as part of this year's Rendez-vous with French Cinema and is tentatively set to release this summer.

Dustin Chang is a freelance writer. His musings and opnions on everything cinema and beyond can be found on www.dustinchang.com