British filmmaker Sally Potter straddles filmmaking in its commercial as well as experimental form. Her latest star-studded project is The Roads Not Taken, produced by Christopher Sheppard who produced also her previous celebrated projects The Party and Orlando. The Roads Not Taken falls into the category of her less experimental ventures, despite the fact that the storytelling form of branching narratives and alternate universes offers devices and an inherent predisposition for a much more adventurous approach.

Anxious yet caring Elle Fanning as Molly barges into a tiny Brooklyn apartment. Her father´s unresponsiveness provokes such a violent entrance. Javier Bardem as catatonic Leo does not react to the buzzer of the caregiver what prompts Molly´s adrenaline and imagination to run wild. He is just confused and has difficulties comprehending what is actually happening around him.

The Roads Not Taken follows a day in the life of a middle-aged immigrant writer suffering from an unnamed illness though all symptoms point to a form of dementia. The story´s inspiration springs directly from Potter´s life when she spent a two-year period taking care of her younger brother Nic suffering from frontotemporal dementia.

The filmmaker makes clear the film is not a portrait nor depiction of her brother, his illness leading to his decline. The Roads Not Taken, as the title might suggest, is actually a well-known play of what-ifs, a way of reassessing life choices and constant wondering of what may have happened only if a different decision, a different road in the film´s parlance, have been taken.

Molly has scheduled a set of routine check-ups, dentist and optometrist, for her father who is severely detached from outer reality mentally, emotionally and physically. A human rag doll the middle-age writer is, he suffers from bouts of erratic behavior leading frequently to dangerous situations during the one field day. Her daughter spends much of energy to keep him out of the harm´s way while tenaciously protecting his dignity.

Behind the glassy gaze and childish mumbling, Leo´s mind is time-traveling through his life, revisiting the most crucial periods. The present-time timeline spends little effort revealing the background of the two central characters of father and daughter and Leo´s ex-wife.

Tiny slivers of information from the larger mosaics seep through agitated and emotional dialogues. Leo in his memory-drifting manages to utter or shout out names and words referencing to his previous life, codes to be deciphered by the daughter or ex-wife further enlarging the narrative´s perspective and Leo´s wanderings.

Wayfaring the labyrinth of memory, Leo is captured in two space-times: his early life in Mexico shared with heartbroken sweetheart played by Salma Hayek and his stay on Greek islands to finish a novel. Quite naturally, Potter operates the plotline-hopping to create a tension and gradually whittle out the bigger narrative framework while chiseling out Leo´s personality outside the one-dimensional depiction moving from the confused reduction of an unsound mind to the fuller portrait encompassing traumas, emotional scars, regrets and tough choices of a man tested by life and own ego.

Roaming the past realities that may and may not be alternate or even imagined, Potter engages into the discourse of dreams. Leo´s hallucinations serving as ciphers evolving into metaphors which are subsequently reflected upon the present time timeline and the father-daughter relationship. The Roads Not Taken remains a small story spared of any exhausting past-excavation extravaganza and Potter toys with hints in show-not-tell manner to pace the revelations of Leo´s decisions and dilemmas.

The writer-director keeps the story mostly introspective and anti-epic dealing predominantly with emotional struggles informing Leo´s decisions on pivotal crossroads in his life. The film ponders upon two of them however in the form of a Russian-doll story structure. Each timeline coupled with different side of Leo´s personality culminates in the final outcome in the present timeline in the story´s too affecting denouement. 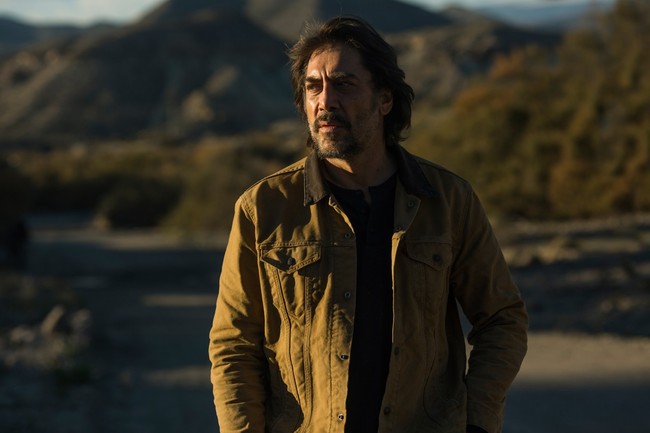 The emotions play significant role pushing the entire film into the territory of sentimental and melodramatic narrations. The most straightforward way to characterize Potter´s latest endeavor is as being of love and life including the corniness the combination implies.

The degree that sentimentality and melodrama absorb the film redraws the entire oeuvre for a more mainstream audience, if not the "chic-flick" crowd. The way the story operates with life dilemmas, memory and life lived against the odds of traumas if not downright tragic events, will appeal more to older generations.

Naturally, given that Potter based the story on her immediate experience taking care of her brother, the blend of sentimental and melodramatic makes perfect sense. Although, claiming the story is not exactly a testament to her late brother and people going through similar experiences should indicate an extent of detachment from the personal matter and emotions which the film lacks. The more relevant question would be why Berlinale programmers decided that this film will fit into the 2020 mold of political oeuvres in the main competition.

Potter´s first-hand observation of taking care of a person suffering from dementia however has a positive impact on the film. If it is not a monument to her brother, The Roads Not Taken is less about re-evaluation of one´s life, choices and regrets as it is an energetic advocacy for people suffering from tabooed illnesses, such as dementia, schizophrenia or depression, and bringing deeper understanding of their inner lives that may be richer than just meets the eye.

Potter makes awareness for the comprehension and patience of a marginalized group, for the respect and protection of their dignity and to avoid regarding them as objects or burdens. Tight social norms, standardized way of perceiving what kind behavior is considered normal put suffering people on the periphery if not subjecting them to sterile institutionalization.

Despite the emphatic message, The Roads Not Taken is a personal and emotional venture and does not address the socio-political status of a group of people excluded from life due to their frequently demonized or shunned diagnosis. Therefore, the Potter´s latest will find better comprehension, sympathy and recognition in human rights-oriented audiences and events than the adventurous or wistful mainstream crowd the star-vehicle and its distributor hopes to charm.

The Roads Not Taken opens stateside in selected theatres on March 13, 2020.

More about The Roads Not Taken