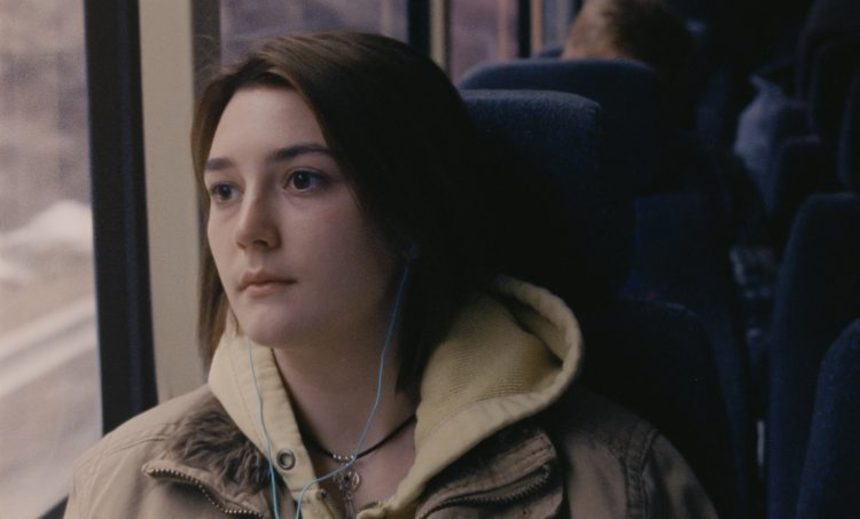 From micro-budget coming-of-age drama It Felt Like Love to award-winning Beach Rats, rising U.S. indie filmmaker Eliza Hittman proved to be a talent to watch. Her third feature, Never Rarely Sometimes Always, in the making since 2013, unveiled at Sundance and continued its festival pilgrimage in the main competition of Berlinale 2020 where the film netted the Silver Bear Grand Jury Prize.

The teenage drama starts abruptly with a scene of school talent night when the protagonist´s, 17-year-old Autumn from Pennsylvania, the act of singing a song ("He´s Got the Power") gets disrupted by shouts of "slut" from her male peers. After a moment of agitation and hesitation as the display of sexist aggression is carried out in the presence of the protagonist´s parents and friends, Autumn finishes the song to mild applause and cheers.

Similar attack taints the friendly atmosphere as Autumn along other participants, family and friends, is enjoying dinner in a pizza parlor. This time, she retorts to obscene gestures attempting to slut-shame her in a public place. The more surprising turns out the following scene where Autumn is subjected to her father´s passive-aggressive abuse in the presence of her mother who reacts lukewarmly.

The rapid succession of the scenes depicts the protagonist as a victim of verbal abuse for no apparent reason. The frat-boy accepted behavior contributes to an environment of tension and snowballing harassment which leads logically to the normalization of violence on girls and women.

Hittman carefully lays restrained hints depicting a surrounding with a problematic attitude towards women and respect for them. Autumn´s hometown is engulfed in prickly sexist climate, apparently deeply-rooted as her mother does not counter as much as reluctantly accepts hostilities against her gender.

Nevertheless, Autumn soon finds she is pregnant. Her reaction confirms the circumstances being as accidental. Moreover, the revelation puts the previous events into perspective painting a clearer picture why Autumn became the target of micro-aggressions.

Clearly distressed, Autumn attempts to find the effective and most importantly discreet solution ending up in a local office of what looks like planned parenthood. To her surprise, she meets a hackneyed attempt to discourage her from abortion. Besides, parental consent is necessary in order to progress to the medical intervention. Disheartening occurrences eventually drive her to find an alternative solution. 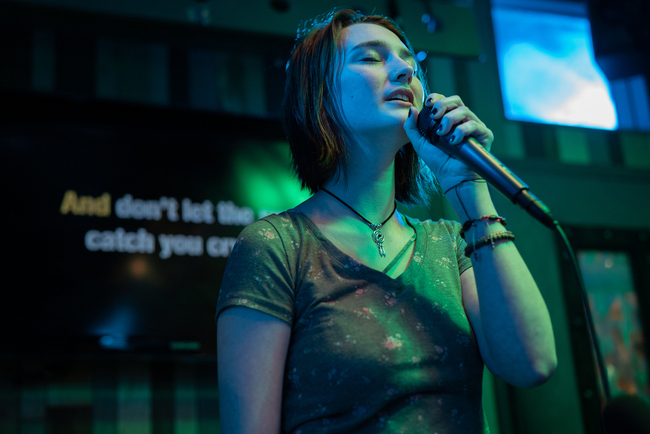 After an attempt for home abortion gone awry, she decided to find professional help in New York City with the support of her cousin Skylar. Skylar is the only person showing compassion to Autumn even though there are moments when Autumn acts ungrateful under the emotional anxiety. Hittman follows the duo of young teenagers on their odyssey to planned parenthood under the veil of secrecy and cash-strapped. Autumn and Skylar travel out "in the wild", meeting and deflecting male gaze, their fragility exposed as money soon runs out in the big city.

Never Rarely Sometimes Always is a sensitively shot neorealist drama adapting observational methods of documentary filmmaking. Hittman prioritizes close shots focusing on gestures and facial expressions concealing an explosive mix of turbulent emotions and trauma. The writer-director embraces the low-key aesthetics and minimalism in the form and storytelling as she avoids nailing the subject on the head what would have rendered the film uselessly preachy and didactic.

One of the film´s most powerful scenes which lends the title to the film is shot in a documentary fashion of talking-heads. The camera´s gaze captures Autumn´s guarded convulsions in reaction to sexual violence questionnaire. She is supposed to give the one-word answer - never, rarely, sometimes, always - to survey designed to unveil whether she has been or is the danger of physical abuse. As the questions grow more intimate and direct aiming to assess the degree of safety and protection of the protagonist´s environment, Autumn in response starts to lose her composure opening fresh wounds.

Besides a truly heartbreaking scene and a breakout performance by the newcomer Sidney Flanigan. The scene is so powerful through its minimalist and austere depiction it has it governs its own autonomy. The questionnaire scene would not lose its effect and dynamism as a stand-alone piece. Never Rarely Sometimes Always chains similar moments of the character´s discomfort and embarrassment epitomizing vulnerabilities, normalized abuse and exploitation.

Hittman delicate and self-effacing style finds its pinnacle in the scene of the astonishingly subdued Flanigan´s performance revealing the character´s background. The camera penetrates painfully under the girl-rebel posture with attitude that Autumn sports as a defensive and coping mechanism. 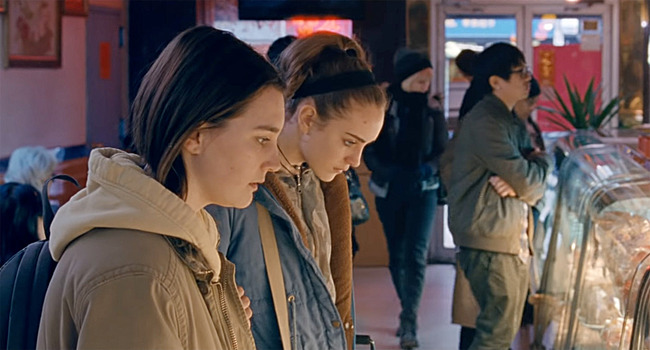 The seemingly simplicity of form and style and under-the-surface allusions bolster the film´s delivery. Furthermore, Hittman upholds the invisible tension, eerie anticipation of further Autumn´s or Skylar´s violation on their way into the big city and back again. Yet Hittman does not resort to exploit those moments set up for a Hanekian twist or outburst despite several situations perfected for gut-punch.

The director exchanges kick in the teeth for a sense of awkwardness and discomfort in the line of the film´s overall aesthetics of minimalism and implicitness. Keeping the story PG-13 and resisting inflicting more open trauma on characters, Hittman makes more valid point of ever-present and inherent possibility of different forms of violence.

The story revolves as much around reproductive rights as around the institutionalized and normalized sexual violence and abuse. Autumn´s intention and the film´s crux will mislead viewers to label Hittman´s latest as the abortion drama whereas the story transcends the pro-life and pro-choice dichotomy invoking the larger and more pressing social issue, symptoms not their consequences, of normalized abuse, lack of safe sapce and the culture of enabling and indifference.

Never Rarely Sometimes Always can be understandably considered as #MeToo-era film though Hittman´s oeuvre is nothing like a political call to arms as it is an intimate exploration of desire, safety, gender-bias through the eyes of a fragile young-adult and navigation of unequal landscape of sexual politics. Hittman´s empathic and delicate directing and veristic aesthetics makes the drama compelling without melodramatic excesses and exploitative or manipulative narrative devices and trickery.

Do you feel this content is inappropriate or infringes upon your rights? Click here to report it, or see our DMCA policy.
Berlin 2020Berlinale 2020Eliza HittmanRyan EggoldTalia RyderThéodore PellerinSidney FlaniganDrama