Sundance 2020 Review: WENDY Proves That the Sophomore Slump Is Real

Writer-director Benh Zeitlin's long-awaited followup to 'Beasts of the Southern Wild' retells a children's classic in the modern day. 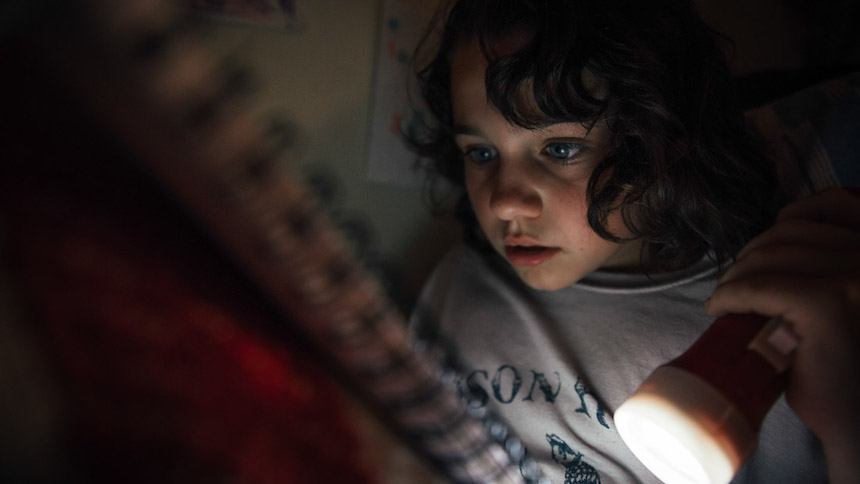 For writer-director Benh Zeitlin, the year 2012 was nothing short of magical.

From a little-known director debuting his first, feature-length film, Beasts of the Southern Wild, at the Sundance Film Festival, to receiving unqualified, unreserved praise and acclaim, followed by commercial success and almost as importantly, year-end nominations for Best Picture, Director, Best Adapted Screenplay, and Best Actress at the Academy Awards. Zeitlin and Beasts of the Southern Wild went home empty-handed, but the non-wins did little to dim or diminish his newfound status (welcomed or not) as a singular, singularly talented voice in American cinema or the expectations -- often high, occasionally astronomical -- that tend to accompany artistically and commercially successful first-time directors.

Those outsized expectations probably contributed to the delays between Beasts of the Southern Wild eight years ago and Zeitlin’s second, long-delayed feature-length film, Wendy, a stripped-down, modern-day retelling of J.M. Barrie’s seminal children’s classic, Peter Pan. Stuck in post-production for several years, Zeitlin tinkered with giving Wendy a coherent shape and form that presumably eluded him in pre-production when he wrote the script or during actual production.

It’s a move typical of one of Zeitlin’s central influences, Terence Malick, but few filmmakers possess Malick’s instinctive, intuitive abilities as a filmmaker, mixing abstract, stream-of-consciousness with oft-imitated, occasionally derided whispered, voiceover narration, and a virtual deification of nature into sensorial cinema. On the evidence of Wendy, neither does Zeitlin.

At least initially, Zeitlin doesn’t actually falter or stumble, keeping a keenly developed pictorial eye for the poorest corners of the Deep South, remixing elements of Peter Pan with the seemingly mundane story of Wendy (newcomer Devin France, a minor, if no less, welcome revelation), her twin brothers, Douglas (Gage Naquin) and James (Gavin Naquin), and the train-stop diner they call both their home and the world. The commercial trains pass within only a few feet of the diner every day, all day (and all night), offering Wendy and her brothers a potent, nearly irresistible symbol of escape from their quotidian existence and even more quotidian future.

One young boy, Thomas (Krzysztof Meyn), rejects a depressing, subsistence-level future as a “mop and broom man” to ride the rails, disappearing before anyone, including his easily distracted caretakers, can notice he’s gone. Thomas, however, isn’t alone. He’s one of several children eager to leave their impoverished lives behind, departing aboard conveniently passing trains for the great unknown beyond the dilapidated diner and its surrounding, undernourished environs.

To Zeitlin, Wendy represents the free-roaming creativity and active imagination typical of childhood. With her drawings and sketches -- not to mention her evocative, poetic voiceover -- Wendy represents everything that’s right with Zeitlin’s world before the inevitable, suffocating demands of adulthood repress the creative, imaginative instinct and turn the world upside down and right-side up.

However briefly, Wendy finds her counterpart in Peter Pan (Yashua Mack), a wild boy in a red blazer who can’t fly, but can ride the rails blissfully free of fear or concern for his personal safety. Together, they journey to an abandoned, volcanic island where Wendy and her brothers find an entire tribe of young wild boys and no one grows old (unless, of course, they stop believing) and a magical-realist whale, “Mother” (because symbolism isn’t symbolism unless it’s explicitly, repeatedly called out for audience members prone to nodding off or checking their phones at random times).

Wendy and her brothers’ exploration of the island give Zeitlin the perfect opportunity to indulge in his inner Malick and/or nature documentarian, lingering over lush, overgrown environs one moment before sending Wendy and the boys underwater to a magical, mysterious encounter with Mother and her life-giving, life-extending properties. But once Wendy and her brothers end their initial tour of the island, Zeitlin has practically nowhere else to go except to mine the Peter Pan story for analogous plot elements and story beats.

Wendy loses its organic, free-flowing form in the second, increasingly tedious hour, gaining little except hollow closure, a trite, tedious reaffirmation of the need for imaginative play regardless of our age, and the usual embrace of moving on, leaving childish things behind, and entering adulthood with hearts and minds open already present -- and mined successfully countless times -- in Barrie’s work.

The film is scheduled to open in select U.S. theaters via Searchlight Pictures on February 28, 2020. 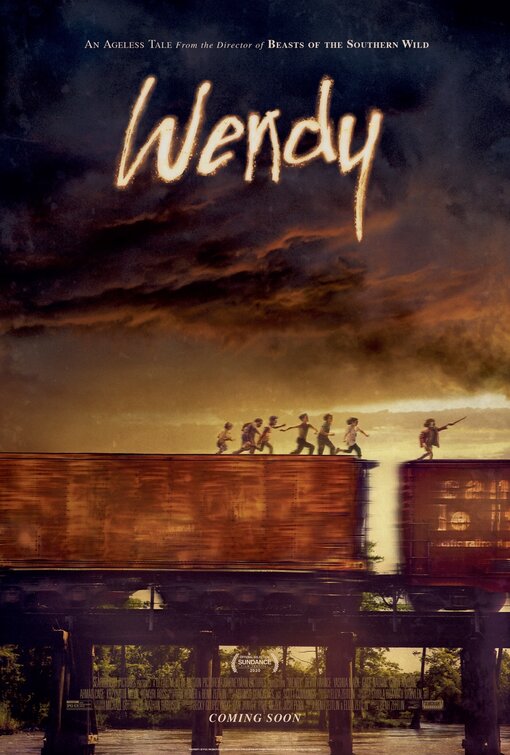