One bag of money ensures a battle royale in a dark crime comedy by Kim Yong-hoon. 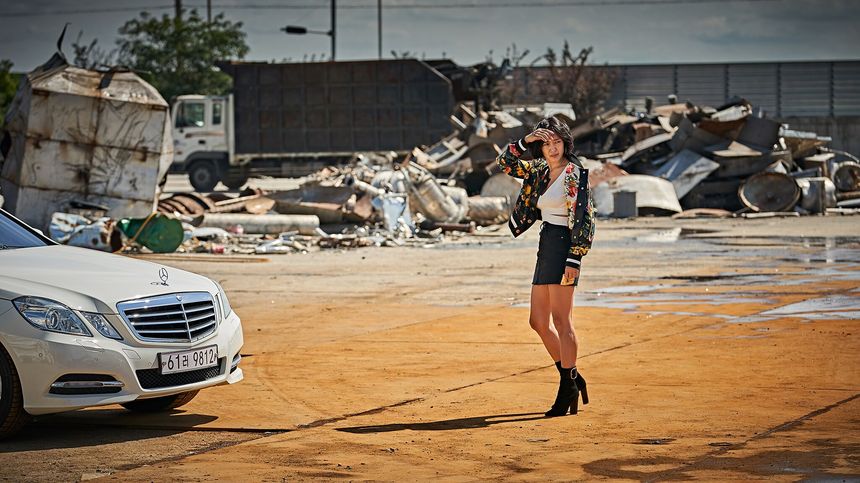 The emerging Korean writer-director Kim Yong-hoon, formerly an assistant to Jang Jin, bowed in the IFFR´s Tiger competition with his first feature-length outing Beasts Clawing at Straws. The neo-noir caper black comedy is based on Japanese hard-boiled crime novel of the same name written by Sone Keisuke.

Kim Yong-hoon´s entry had the closest to a genre fare in this year's Tiger competition as genre films are usually programmed in the recently revived section Rotterdämmerung. The artistic director Bero Beyer revealed that the borders what still is and what is not a genre film have been blurred to the extent the films with genre aspects are scattered all over the line-up.

The basic set-up Beasts Clawing at Straws consists eight characters, haves and have-nots alike, and one money of bag and the story unfolds as a battle royal of who gets the jackpot. The writer-director opts for a frenetic ride as different motivations to grab the bag are driving the characters which are ultimately trumped by the balooning greed. 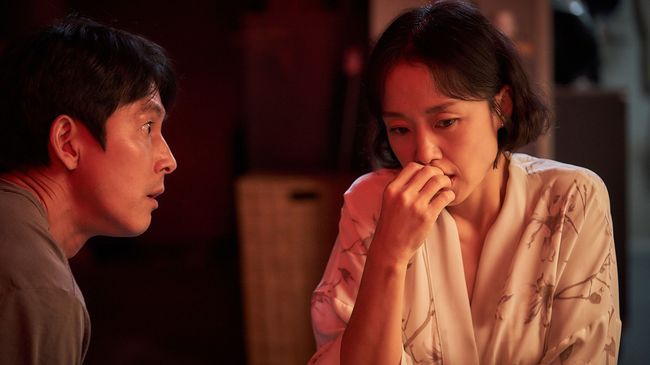 The film starts with an unassuming Joong-Man who returns to his Alzheimer´s suffering mother after having gone bankrupt. He is trying to earn his livelihood as a clerk/janitor in a public baths, his submissiveness making him a perfect target for his boss´ rants.

The overall depiction of Joong-Man´s character would be an embodiment of loser, however due to his complicated background, Kim Yong-hoon writes him as the character to root for - a poverty-stricken ordinary boy selflessly taking care of Alzheimer suffering mother - the black horse of the story. However, the black horse remains hidden in the plain sight.

Another contender for the cash prize Tae-Young works a day job at customs while facing a threat from local moneylender with friendly demeanor and sadistic impulses. Tae-Young´s intestines are on the table, figuratively if he fails to cough up the money his girlfriend Yeon-hee borrowed before vanishing into thin air. After that, his intestines will be on the table literally to be enjoyed by the moneylender´s psycho goon. 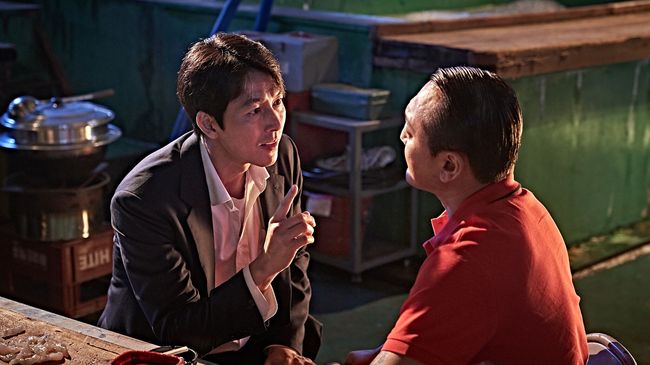 The colorful cast of unfortunates and miscreants joins Mi-Ran who stands as well on the losing end when it comes to money as she has lost fortune on a stock market and has to prostitute herself in a fancy bar in order to pay up while. Her domestic comfort remains disrupted by her husband's violent blaming and outbursts. It is a pressure cooker situation that is going to blow he steam no less fiercely. Beasts Clawing at Straws enjoys a big roundabout and turnaround of supporting and secondary characters, the story´s universe is richly populated which keeps the body-count(er) busy.

With as many characters, the complicated plot structure is chopped up into five chapters where episodes of the leading four characters intertwined until the characters start to rumble among each other. The shuffling of episodes and characters´ interactions and moving back and forth on the story´s timeline will earn Yong-hoon´s oeuvre a couple of Pulp Fiction comparisons though the film is a different kind of beast.

As expected, the characters devour one another until the last man standing, the process being as comic as it is bloody, Yong-hoon dropping twists, turns and wild cards. The pendulum swings constantly between action and comedy while having frequently delivering 2-in-1 bundle - rolling violence and humor into a single scene.

The structure of Beasts Clawing at Straws resembles almost a classic comedy design with its formal convention transposed into a crime caper. The longer the film runs, the more it emerges as a basically a comedy of (grisly) errors fueled by greed, and as the tradition goes, in one case by naïveté. The case naturally being the loser type, which develops into a fool archetype though not that much ambivalent as to become the decisive force in the story. The decisive force of the story lies in hands of women. Subverting the testosterone stereotype of hard-boiled capers, Yong-hoon makes his female characters more interesting than their male counterparts. Especially the second half of the story is dominated by Yeon-hee who turns out to become a power-wielding manipulative vixen.

After she bows from the stage, the real black horse of the film surfaces putting a nice spin and morality capping on the whole bloody affair of theatre of greed. While Joong-Man would have been the morality litmus paper and benchmark in the older canon of storytelling, he is merely a bait, a nice touch even though the spirit of the classical storytelling canon will be preserved.

For a feature debut, Beasts Clawing at Straws is a smooth and stylish first outing for Kim Yong-hoon, the involvement of experienced actors being a huge help including the South Korean superstar Jung Woosung (Asura: The City of Madness, The Good, the Bad and the Weird) or Jeon Do-yeon, Best Actress award-winner at 60th Cannes Film Festival for her role in Secret Sunshine.

Beasts That Cling to the Straw

Do you feel this content is inappropriate or infringes upon your rights? Click here to report it, or see our DMCA policy.
Beast Clawing at StrawsIFFR 2020Rotterdam 2020South Korean cinemaSouth Korean filmKim Yong-HoonWoo-sung JungDo-yeon JeonYuh Jung Youn