The newest feature-length animated film from Aardman Studio is a sheer delight. 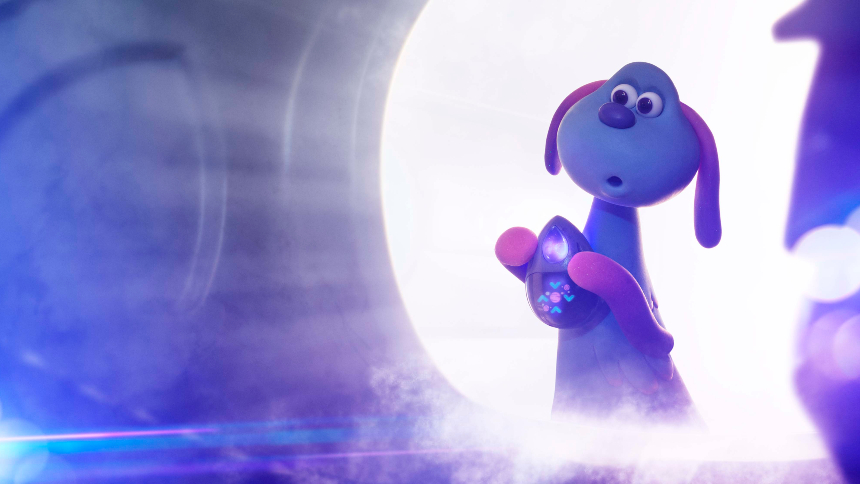 I've enjoyed everything that has been released by the studio so far. Their latest is no exception.

Farmageddon
Now streaming on Netflix in the U.S., Canada and Latin America.

Free of much, if any dialogue, Farmageddon -- or, officially, A Shaun the Sheep Movie: Farmageddon -- shows that, shorn of words, Aardman Studio is still more than capable of producing a sly, clever, and funny animated film.

Slipping out rather quietly on Netflix in selected territories some 10 days ago, I'm sorry to say it fell under my radar. Aardman Animations captured my imagination when I saw their first trio of short films on television more than 20 years ago. Since then I have become an avid fan of their feature films and have always looked forward to seeing them on a big screen.

Indeed, Farmageddon received a theatrical release in Germany and in the U.K. last fall and was heading to U.S. theaters in December 2019. Shortly before that, however, Netflix stepped in, per Indiewire, and decided to skip any kind of U.S. theatrical release.

The Indiewire article provides more information about Netflix's animation plans in general and also about specific releases. From a certain standpoint, I can understand the possible thinking about skipping a U.S. theatrical release for Farmageddon -- it lacks any star (voice) power, and Aardman is not a recognizable brand name on its own, outside of Europe.

Truthfully, Farmageddon plays very well on a small screen, and its absence of meaningful dialogue makes it ideal, I suppose, for anyone with toddlers at home. (Make noise all you like, kids!)

Like all Aardman films, Farmageddon is packed with witty pop-culture references and will undoubtedly stand up to repeat viewings. Plotwise, it imagines a visitation by an adorable alien creature to Earth, landing where Shaun and his fellow sheep, plus the gruff yet loving sheep dog Bitzer, can protect the alien from the avaricious intentions of the always-dense Farmer.

Other than the needless musical medleys, all proceeds as I hoped it would and no further plot description is needed to enjoy. Indeed, this movie is for all who can appreciate lovely animation and gentle humor and lovable characters. More, please.

Summing up: A sheer delight.

More about Shaun The Sheep The Movie

More about The Pirates! Band Of Misfits